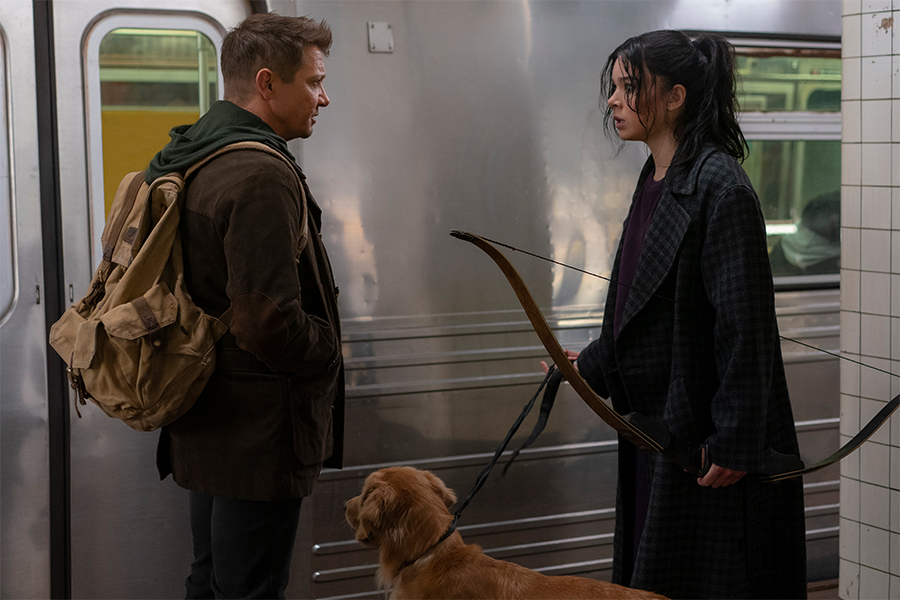 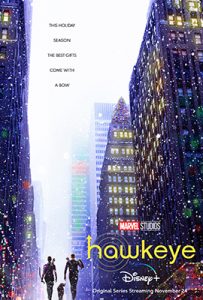 Marvel Studios’ “Hawkeye,” the next Marvel Cinematic Universe original series, will premiere on the Disney+ streaming service Nov. 24. New episodes will become available on subsequent Wednesdays according to a Sept. 13 announcement from Disney+, which also bowed a trailer and promotional poster for the show.

The six-episode series stars Academy Award nominees Jeremy Renner, reprising his role as Clint Barton, a.k.a. Hawkeye the archer from the Avengers, and Hailee Steinfeld as Kate Bishop.

Set during the holiday season, the show finds Hawkeye trying to get back to his family for Christmas when a presence from his past threatens to derail his plans. He finds an unlikely ally in Kate, a 22-year-old archer with dreams of becoming a superhero.