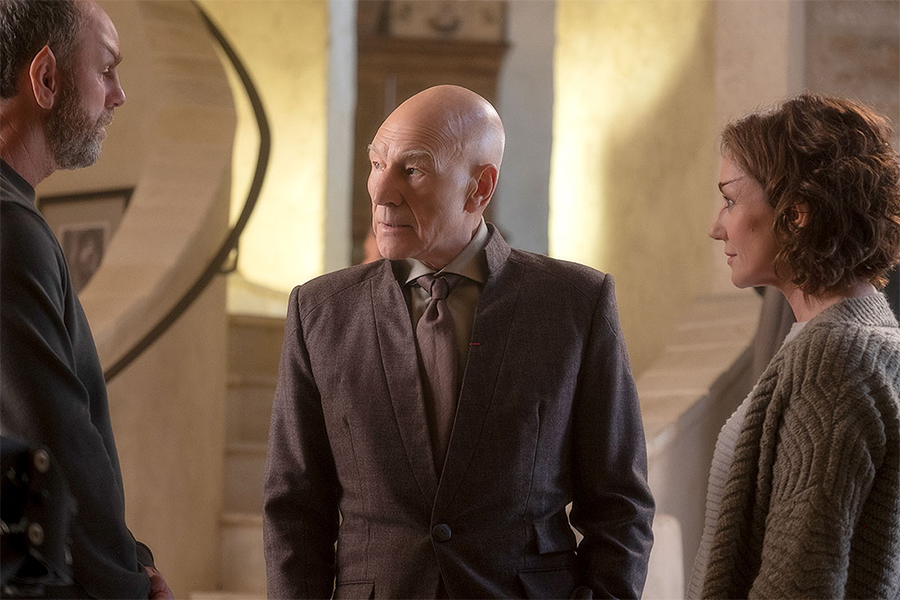 The Disney+ “Star Wars” series “The Mandalorian” remained at No. 1 on Parrot Analytics’ digital originals rankings the week ended Feb. 1, its third straight week on top.

For the week, “The Mandalorian” registered 74.9 million average daily Demand Expressions, the proprietary metric used by Parrot Analytics to measure global demand for TV content. That was down 14.5% in expressions compared with the previous week.

On Parrot’s list of overall TV shows, including broadcast and cable, “Mandalorian” was No. 3, unseated after two weeks by NBC’s “Saturday Night Live” and Nickelodeon’s “SpongeBob SquarePants.”

Netflix’s “The Witcher” was again No. 2 on the digital originals chart, with 71 million expressions, down 11.6% from the previous week.

Netflix’s “Stranger Things” stayed at No. 3 on the digital originals chart,  registering 62.9 million expressions, down 7.3% from the previous week.

No. 4 on the originals chart was the animated “Star Wars: The Clone Wars” series, the seventh season of which will debut on Disney+ Feb. 21. It had 57.7 million expressions, a slight 1% bump from the previous week, when it also would have been No. 4 on the originals chart had Parrot counted it as an original instead of instead of grouping it solely with the broadcast and cable shows (it was No. 9 among all TV shows the previous week).

There are numerous reasons why classifying “The Clone Wars” as a digital original makes sense despite the new season not yet being available. For one, the sixth season debuted on Netflix, which fits the criteria for classifying a show as a digital original when its most-recent season debuts on a streaming service. Second, all the episodes of the series, and its premiere movie, are available now on Disney+, and much of the buzz around the series is attributable to the upcoming new season and its recent trailer anyway. Since when the season arrives, any demand expressions will still be attributed to the show as a whole, not individual seasons, it’s reasonable to attribute the show’s current demand to its upcoming status as a Disney+ original.

The new CBS All Access series “Star Trek: Picard,” which debuted Jan. 23, joins the originals top 10 at No. 5, up from No. 13 the previous week. The show, which picks up the adventures of Capt. Jean-Luc Picard 20 years after the events of the most-recent “Star Trek: The Next Generation” movie, had 55.4 million expressions, a 101.9% bounce. 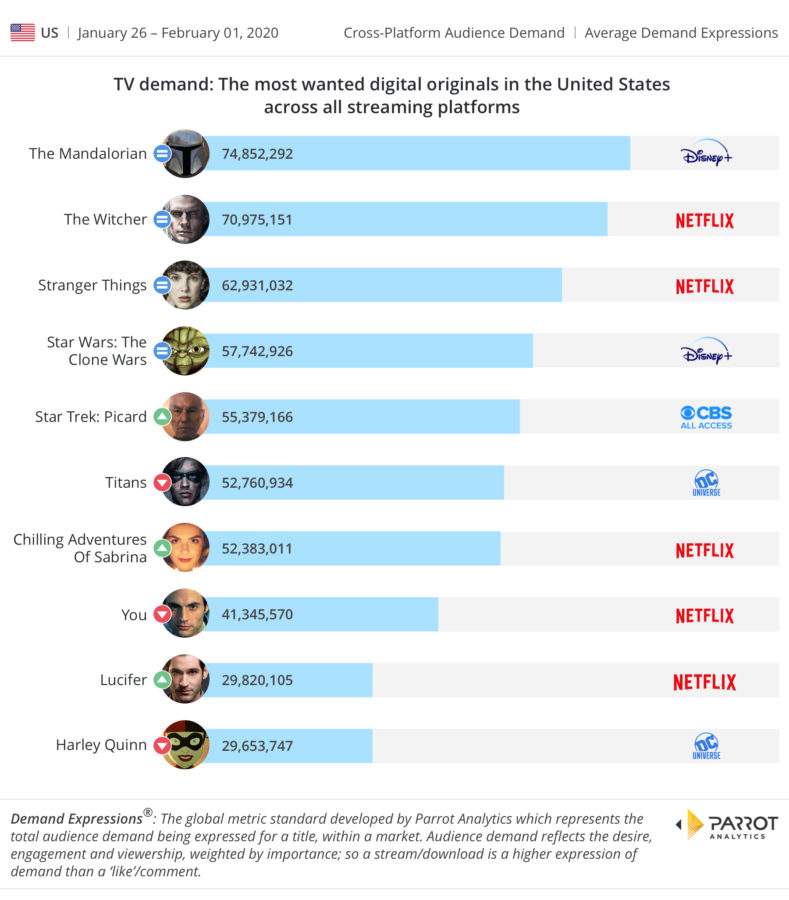