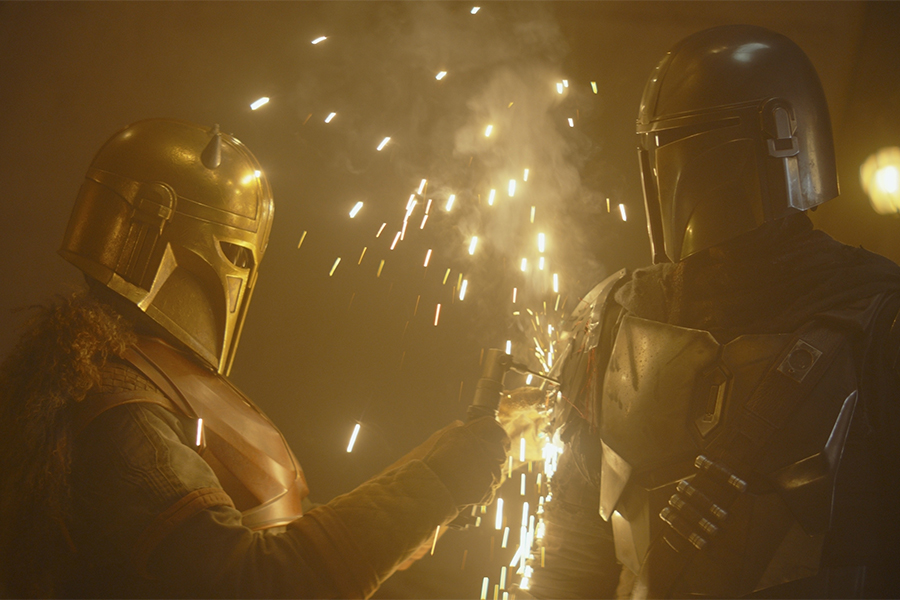 The Disney+ “Star Wars” series “The Mandalorian” remained at No. 1 on Parrot Analytics’ digital originals rankings the week ended Feb. 8, its fourth straight week on top.

For the week, “The Mandalorian” registered 76.2 million average daily Demand Expressions, the proprietary metric used by Parrot Analytics to measure global demand for TV content. That was up 1.8% in expressions compared with the previous week.

Netflix’s “Stranger Things” climbed back to No. 2 on the digital originals chart, registering 63.5 million expressions, up 0.9% from the previous week.

The new CBS All Access series “Star Trek: Picard” rose one spot to No. 4, with expressions down 6.9% to 51.6 million expressions.

The biggest jump of the week was Netflix’s “Bojack Horseman,” which rose to No. 7 from No. 27 the previous week. Expressions were up 114.4% to 42.1 million. The final season of the animated comedy was released Jan. 31. 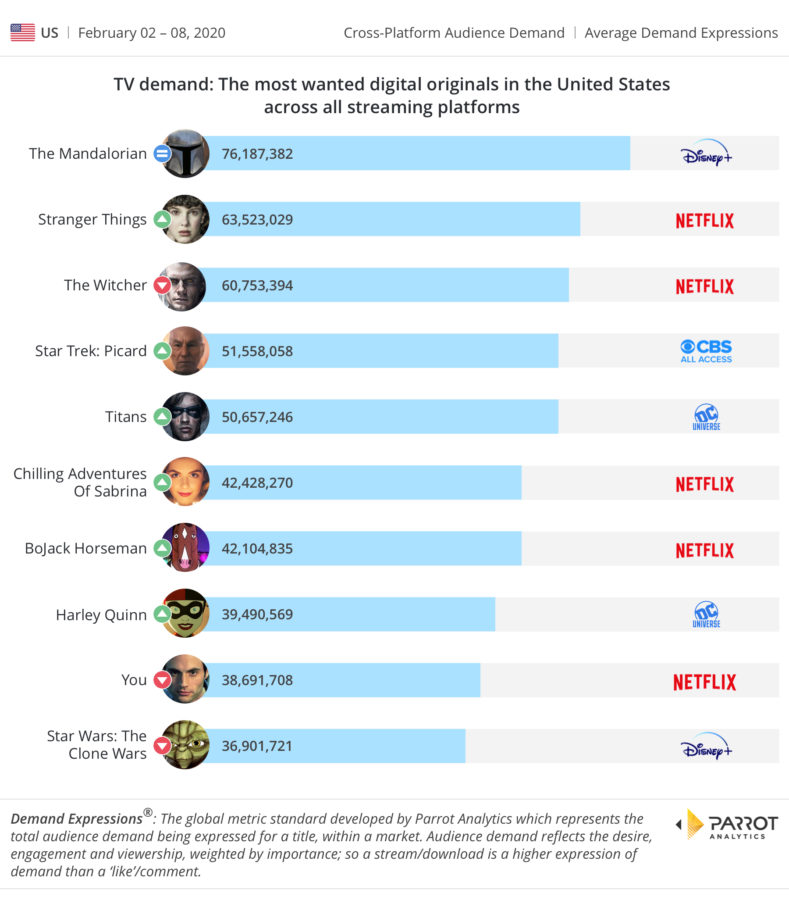