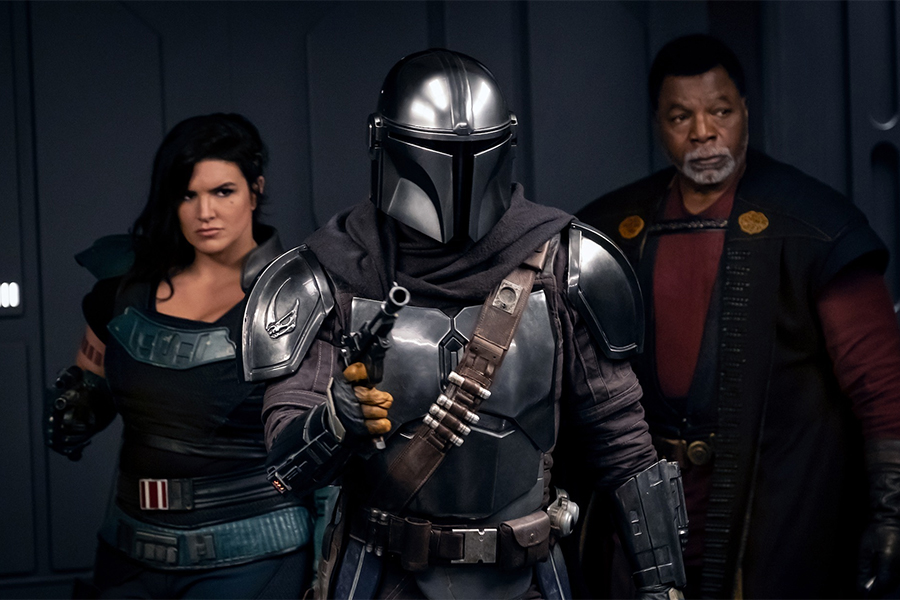 The Disney+ “Star Wars” series “The Mandalorian” remained No. 1 for a seventh week on Parrot Analytics’ digital originals U.S. rankings the week ended March 18. The series hasn’t aired a new episode in more than a year, but still had 36.6 times the demand of an average series after a 3.4% drop in demand expressions, the proprietary metric Parrot uses to gauge a show’s popularity. The reporting week ended with news that popular actor and sci-fi veteran Christopher Lloyd would be joining the show’s cast in the third season.

Rising four spots to No. 2 on the digital originals chart for the week was the Amazon Prime Video comedy “The Marvelous Mrs. Maisel.” It had 33.7 times average demand and a 17.9% jump in demand expressions following the finale of its fourth season March 11.

Netflix’s perennially popular “Stranger Things” remained No. 3 on the digital originals chart with 33.6 times average demand after an 0.8% rise in demand expressions.

The Paramount+ original series “Star Trek: Picard” dropped two spots to No. 4 after a 3% dip in demand expressions, giving it 32.8 times average demand. There was much curiosity over whether the show could rebound from a first season considered disappointing by many fans, and the decline in demand after the first episode of season two might indicate fans aren’t fully on board with the show’s time travel pivot.

The Disney+ “Star Wars” series “The Book of Boba Fett” dropped a spot to No. 5 on the digital originals chart. It had 28.7 times the demand of an average series following a 6.5% drop in demand expressions.

Netflix’s “The Last Kingdom” saw a 45.2% surge in demand expressions during the week to bring it to No. 8, up from No. 24 a week earlier. The show’s fifth and final season bowed on Netflix March 9. It had 27.8 times average demand as Netflix announced that the final season will pave the way for a spin-off movie.

Amazon Prime Video’s “The Boys” also re-entered the top 10, up nine spots to No. 10, with a 31.6% increase in demand expressions after the March 12 release of the trailer for its third season that starts June 3. An animated spin-off series of shorts called “The Boys Presents: Diabolical” debuted on Amazon Prime March 4, which likely also contributed to the rise in demand. “The Boys” was 27.3 times more in demand than the average series in the U.S.

The No. 1 overall TV series in terms of online demand was “SpongeBob SquarePants,” with 67.7 times average demand. 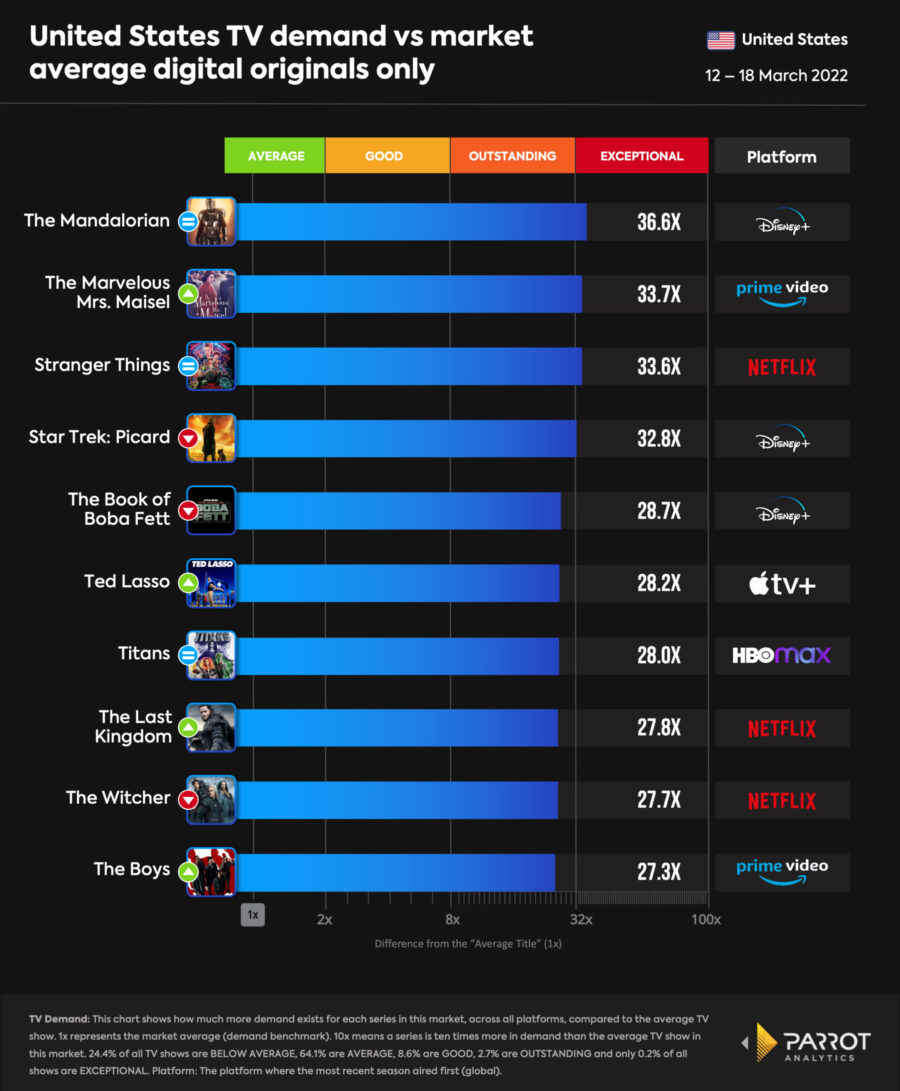