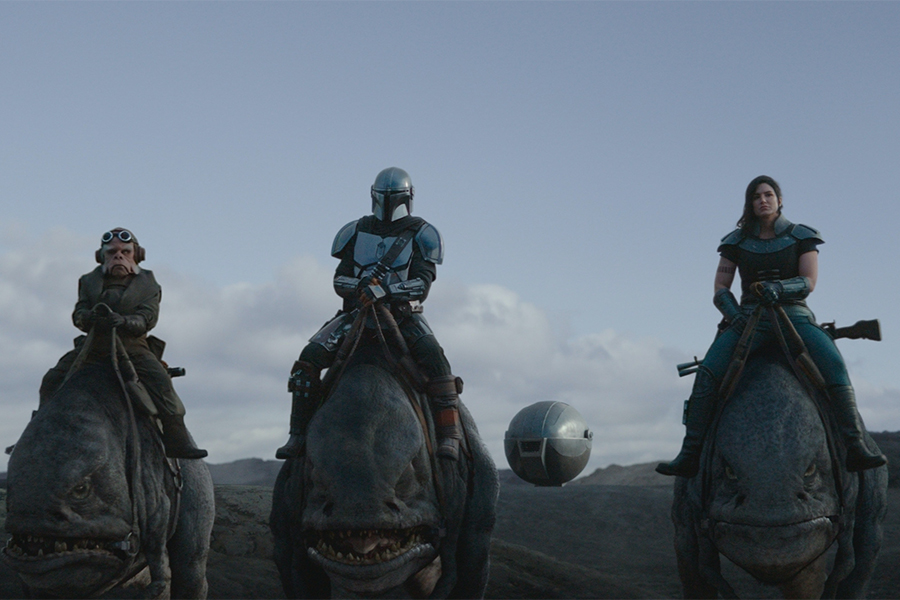 The Disney+ “Star Wars” series “The Mandalorian” remained at No. 1 on Parrot Analytics’ digital originals rankings the week ended Dec. 21, its fifth straight week on top of that chart.

“The Mandalorian” also returned to the top spot on Parrot’s list of overall TV shows, including broadcast and cable, after being bumped to No. 2 a week earlier by Nickelodeon’s “SpongeBob SquarePants.”

For the week, “The Mandalorian” registered 113.3 million average daily Demand Expressions, the proprietary metric used by Parrot Analytics to measure global demand for TV content. That was  up 4% in expressions compared with the previous week.

Netflix’s “Stranger Things” stayed at No. 2 on the digital originals chart,  registering 70.4 million expressions, up 6.2% from the previous week.

DC Universe’s “Titans” kept the No. 3 spot on the digital originals chart, with expressions down 12.9% to 54.7 million.

Amazon Prime Video’s fourth season of “The Expanse” rose three spots to No. 4, with expressions up 19.4% to 39.2 million.

Amazon Prime Video’s “The Marvelous Mrs. Maisel” dropped a spot to No. 5, with expressions down 7.7% to 38.1 million.

The most notable addition to the digital originals chart for the week was Netflix’s “The Witcher.” The fantasy series, which debuted Dec. 20, landed at No. 9, from No. 36 the previous week, with expressions up 57.4% to 27.5 million. 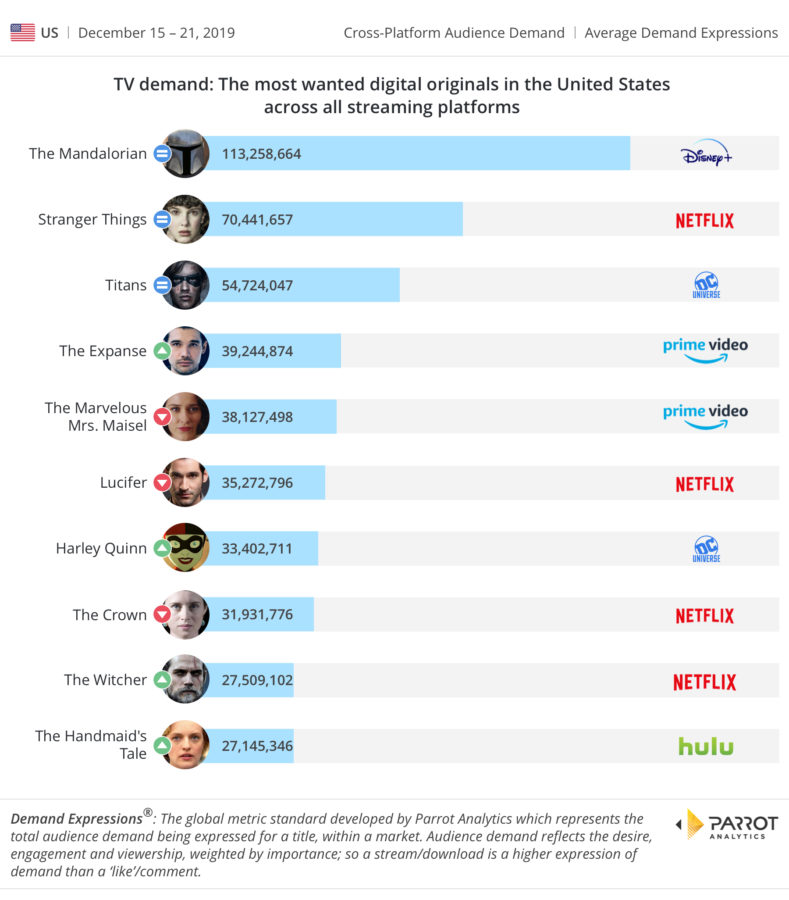