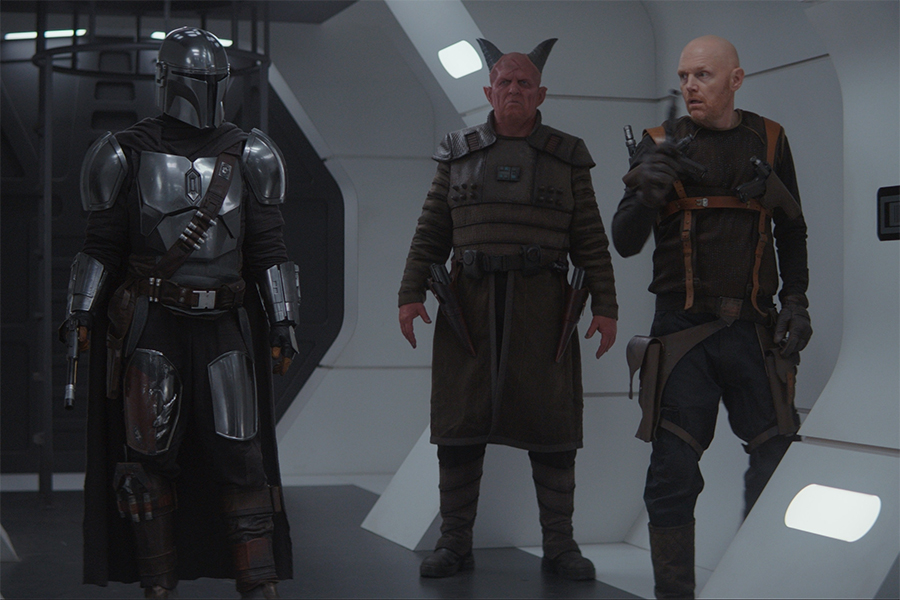 The Disney+ “Star Wars” series “The Mandalorian” remained at No. 1 on Parrot Analytics’ digital originals rankings the week ended Dec. 14, its fourth straight week on top.

For the week, “The Mandalorian” registered 109 million average daily Demand Expressions, the proprietary metric used by Parrot Analytics to measure global demand for TV content. That was down 8.4% in expressions compared with the previous week.

On Parrot’s list of overall TV shows, including broadcast and cable, “Mandalorian” was No. 2, unseated after three weeks by Nickelodeon’s “SpongeBob SquarePants,” as the popular cartoon character appeared in The Spongebob Musical: Live on Stage, which was simulcast across four Nick-owned channels Dec. 7. It marked the first time in 25 weeks an SVOD series wasn’t on top of the overall TV demand chart, since “Game of Thrones” at the end of June.

Netflix’s “Stranger Things” climbed back to No. 2 on the digital originals chart,  registering 66.3 million expressions, down 10.1% from the previous week.

Swapping spots with “Stranger Things” was DC Universe’s “Titans,” which slid to No. 3 on the digital exclusives chart, with expressions down 15.9% to 62.8 million. While the finale of the second season was released Nov. 29, a glimpse of the show was seen in the CW’s “Crisis on Infinite Earths” crossover event Dec. 8.

Amazon Prime Video’s “The Marvelous Mrs. Maisel” jumped two spots to No. 4, with expressions up 49% to 41.3 million. The third season of the Award-winning series was released Dec. 6.

Parrot Analytics also just unveiled its new public-facing website with demand data about select TV shows for the U.S. and other markets. The “Truth Be Told” profile can be found here. 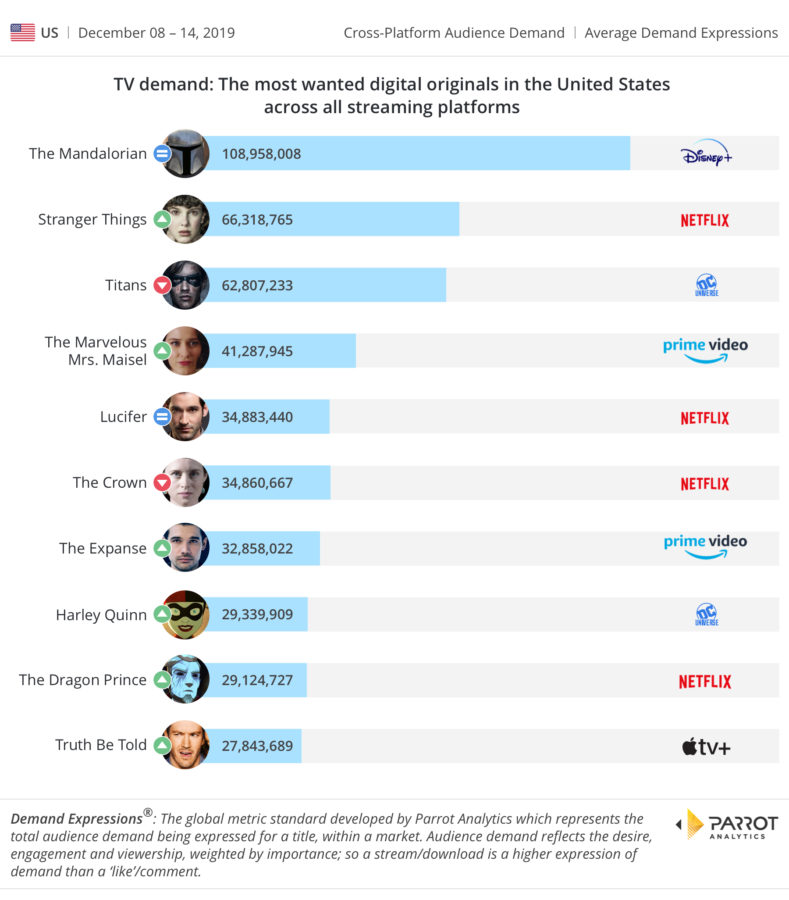