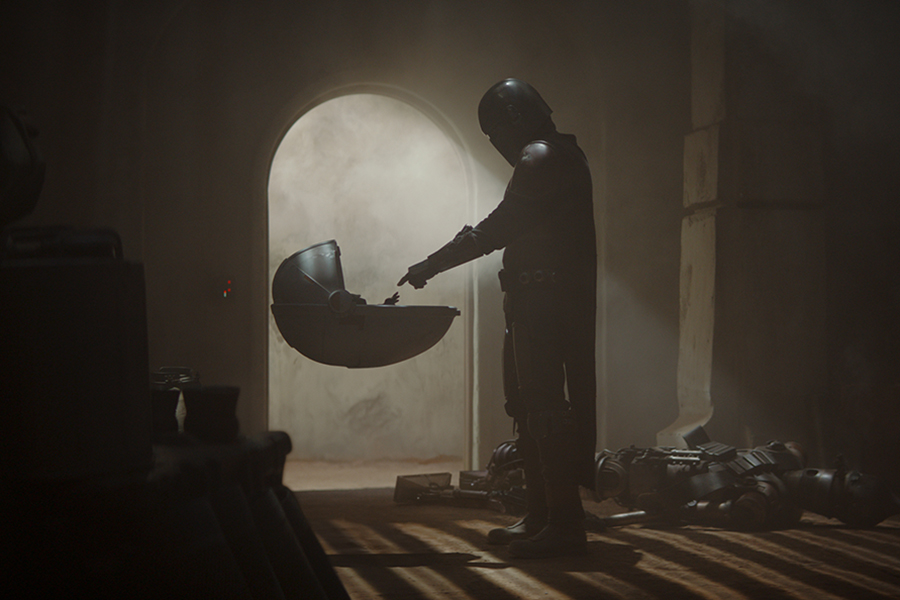 The Disney+ “Star Wars” spinoff “The Mandalorian” stayed at the No. 1 spot on not only Parrot Analytics’ digital originals rankings the week ended Jan. 25, but also the data firm’s overall list of TV series from any platform, including broadcast and cable, for a second consecutive week.

For the week, “The Mandalorian” registered 87.5 million average daily Demand Expressions, the proprietary metric used by Parrot Analytics to measure global demand for TV content. That was down 11.3% in expressions compared with the previous week.

Netflix’s “The Witcher” was again No. 2 on the digital originals chart, with 80.3 million expressions, down 16.7% from the previous week.

Netflix’s “Stranger Things” stayed at No. 3 on the digital originals chart, registering 67.8 million expressions, up 2.7% from the previous week.

Netflix’s psychological thriller “You” dropped to No. 5, with expressions down 24.6% to 49 million.

Parrot also listed the animated series “Star Wars: The Clone Wars” as No. 9 on its list of overall TV series, up 38.6% in expressions to 57.2 million. The bump coincides with the debut of the trailer for the seventh season that will debut on Disney+ Feb. 21. That would put it at No. 4 on the originals chart but Parrot chose not to count it as an original yet.

Notable jumps on the Originals chart include Netflix’s “Sex Education” jumping to No. 7 from No. 61 the previous week, with expressions up 165.7% to 32.4 million after the second season bowed Jan. 17. 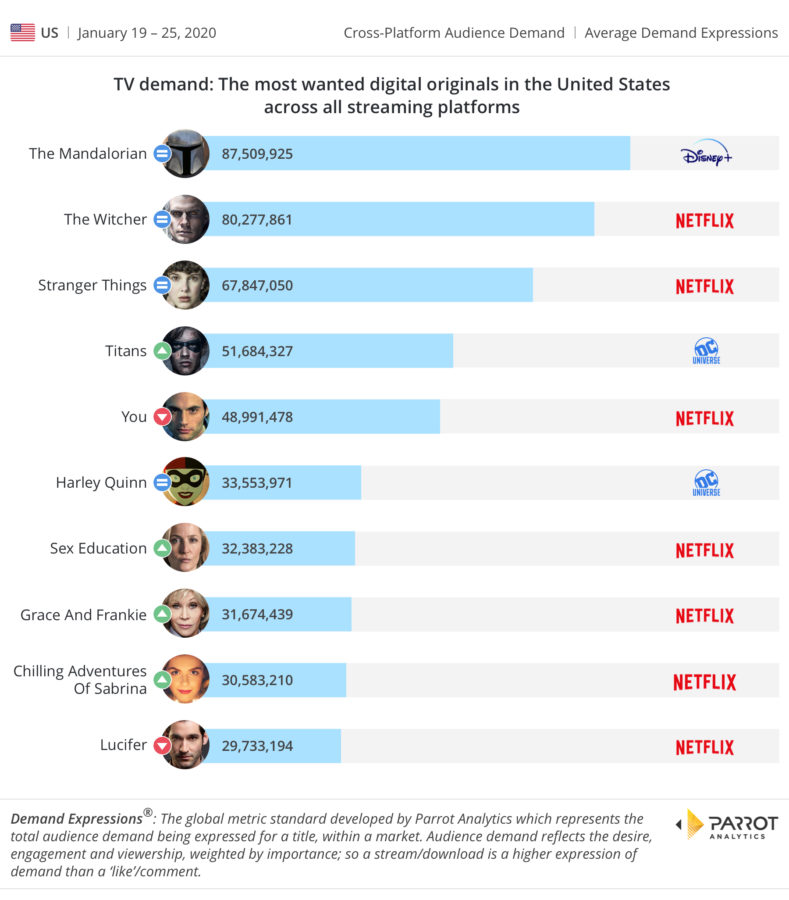