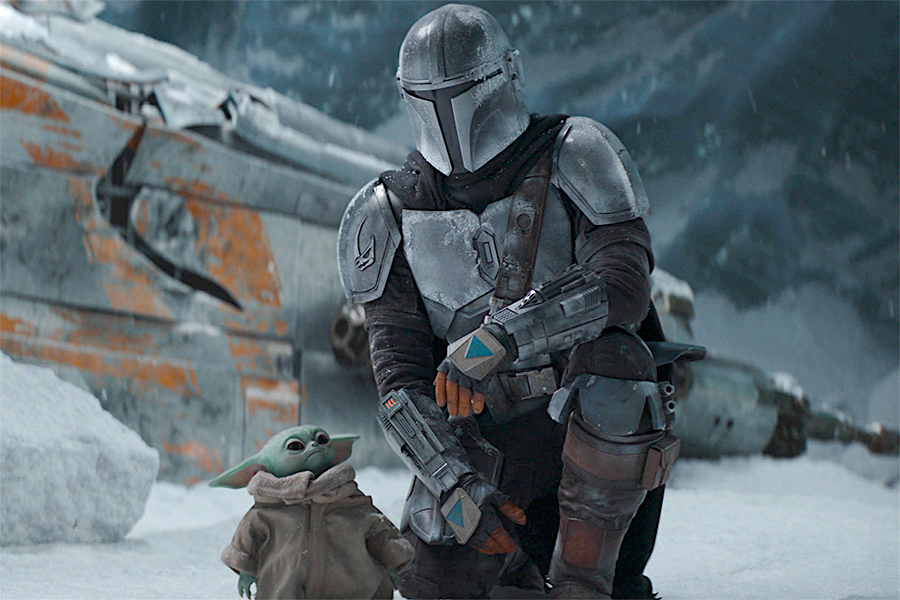 The Disney+ “Star Wars” series “The Mandalorian” remained No. 1 for a fourth week on Parrot Analytics’ digital originals U.S. rankings the week ended Feb. 25. The series hasn’t aired a new episode in more than a year, but got a big boost when the title character appeared on the recent spinoff series “The Book of Boba Fett.” It had 41.2 times the demand of an average series after an 11.7% drop in demand expressions, the proprietary metric Parrot uses to gauge a show’s popularity. “The Mandalorian” was No. 8 on the list of overall TV shows.

Netflix’s perennially popular “Stranger Things” jumped up a spot to No. 2. It had 40.8 times average demand after another 12% rise in demand expressions. “Stranger Things” was No. 9 on the list of overall TV shows.

The Disney+ “Star Wars” series “The Book of Boba Fett” slipped a spot to No. 3 on the digital originals chart. It had 31.9 times the demand of an average series following a 9.6% drop in demand expressions.

HBO Max’s “Peacemaker” held steady at No. 4, with 35.9 times average demand after a 6.7% rise in demand expressions. Director James Gunn’s spinoff of his The Suicide Squad with John Cena reprising his role as Peacemaker presented its first-season finale Feb. 17. It was also renewed for a second season.

Netflix’s video-game inspired fantasy series “The Witcher” rose a spot to No. 5 with 31.3 times average demand after a 4.5% dip in demand expressions.

The No. 1 overall TV series in terms of online demand was “SpongeBob SquarePants,” with 65.6 times average demand. 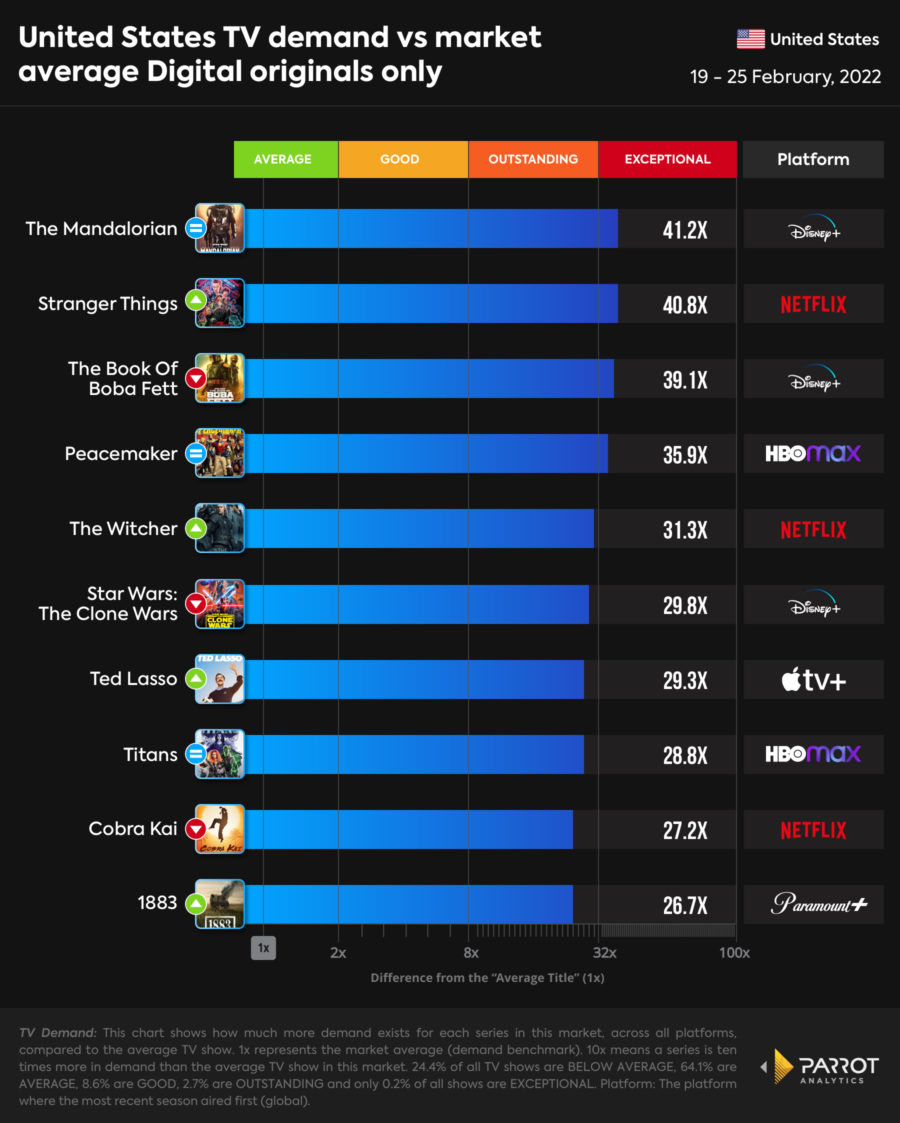