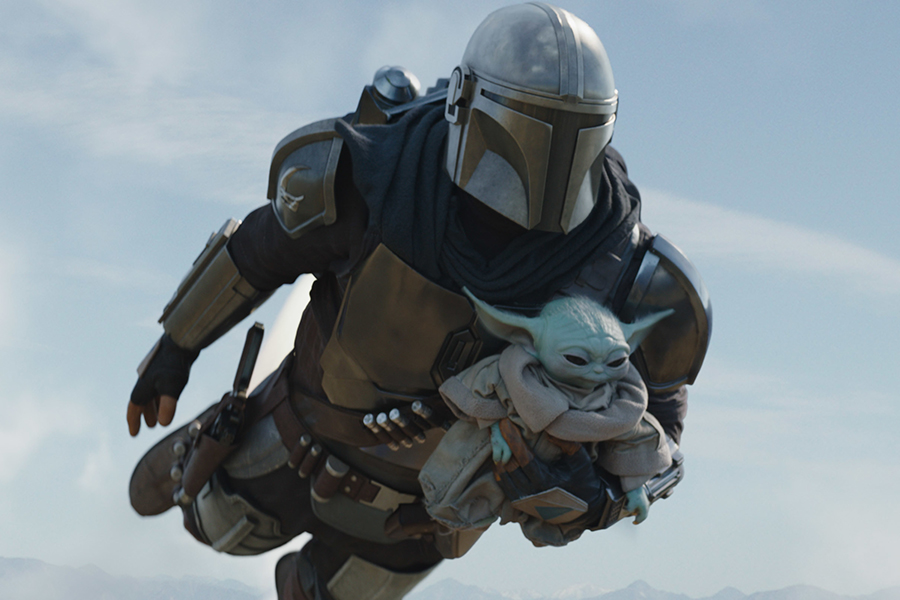 The Disney+ live-action “Star Wars” series “The Mandalorian” topped Parrot Analytics’ digital originals rankings for the 10th straight week the week ended Dec. 26, and also held onto the top spot on Parrot’s list of all TV shows for an eighth week.

The action-packed finale of the second season of “The Mandalorian” debuted Dec. 18 and featured the return of a classic character that had fans gushing, and crying, all over the Internet. This resulted in a 23.4% surge in demand expressions, the proprietary metric Parrot uses to gauge a show’s popularity, pushing “The Mandalorian” to a whopping 154.7 times the demand of an average TV series for the week, the best performance for a digital original relative to other originals for a week since Parrot switched to the metric in May, and more than 100 points over the No. 2 digital original.

That No. 2 series happened to be another “Star Wars” spinoff, the animated “Star Wars: The Clone Wars,” which continues to receive a bump from synergy with the Disney+ flagship series. Season two of “The Mandalorian” featured several characters who originated on “Clone Wars” and even picked up a few storylines from it. Disney+ also recently debuted a trailer for a “Clone Wars” spinoff called “The Bad Batch” which featured a younger version of the Fennec Shand character, an assassin and mercenary played by Ming-Na Wen who debuted on “Mandalorian.” In rising a spot in the rankings from the previous week, the show’s demand expressions were up 10.4%, giving it 52.5 times average demand. “Clone Wars” was the No. 7 overall TV series on Parrot’s rankings.

Netflix’s perennially popular “Stranger Things” slid to No. 3, with 47 times average demand and expressions down 5.9%. It was No. 8 on the overall TV show list.

Meanwhile, Netflix’s “Cobra Kai” jumped a spot to No. 4 on the digital originals chart, with 42.6 times average demand as fans prepare for the Jan. 1 premiere of the third season, which Netflix recently announced it had moved up a week from Jan. 8. The first two seasons, which premiered on YouTube Premium, have been available on Netflix since the summer. Demand expressions for “Cobra Kai” were down 5.5% for the week.

Hulu’s “Animaniacs” revival slipped a spot to No. 5 with a 9.2% dip in demand expressions and 41.3 times average demand. 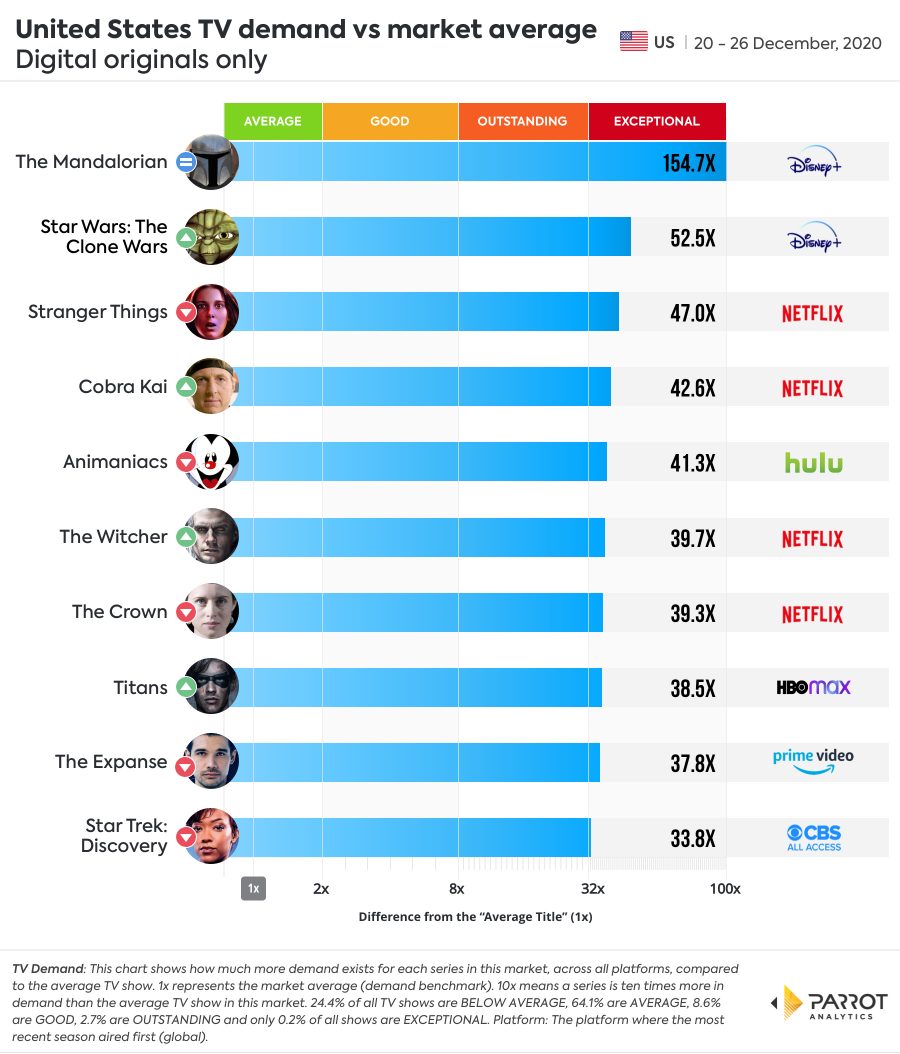