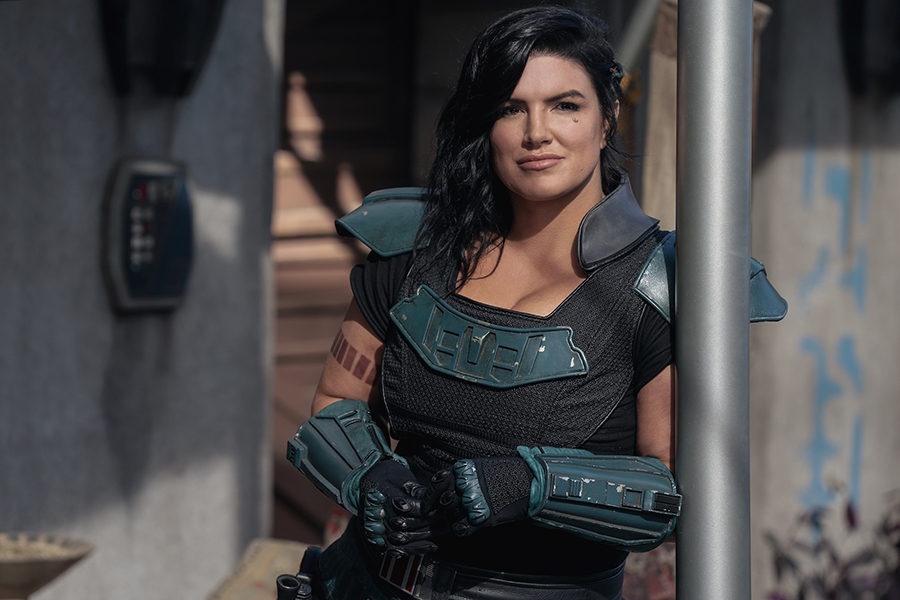 The Disney+ live-action “Star Wars” series “The Mandalorian” returned to the No. 1 spot on Parrot Analytics’ digital originals U.S. chart the week ended Feb. 13 following some tumultuous behind-the-scenes news for the show, which presented its most-recent episode in December.

“The Mandalorian” also rose a spot to No. 5 on Parrot’s ranking of all TV shows with 63.6 times the demand of an average show and a 0.7% rise in demand expressions, the proprietary metric Parrot uses to gauge a show’s popularity.

In particular, “Mandalorian” production arm Lucasfilm, a division of Walt Disney Studios, publicly cut ties with actress Gina Carano, caving to pressure from a vocal Internet mob who resented that her social media posts weren’t explicitly aligned with their political preferences, as she warned against tribalism while playfully satirizing many of their pet causes. Carano, a former MMA fighter who played the heroic Cara Dune on the series, quickly landed on her feet, declaring she was fighting back against “cancel culture” by announcing a deal to produce and star in a new film under conservative pundit Ben Shapiro’s Daily Wire banner. Carano’s ouster also triggered a counter-movement calling for people to cancel their Disney+ subscriptions, though time will tell how effective that will be in terms of demands for the streamer’s content.

The same week, it was announced that Pedro Pascal, who plays the “Mandalorian” title character, had been cast in HBO’s “The Last of Us” series, an adaptation of the popular video game franchise, raising more questions about the future production of the third season, which isn’t slated for several months if not more than a year. Disney+ recently announced several “Star Wars” series to fill the void.

Netflix’s “Cobra Kai” dropped to No. 2 on the digital originals chart after five weeks in the top spot. It also slipped a spot to No. 6 on the overall TV chart. Demand expressions dropped 4.3% to give the show 62.6 times average demand.

“WandaVision,” the first Disney+ series set in the Marvel Cinematic Universe, remained stuck at No. 3 with expressions up just 2% to give the series 61.2 times the demand of the average show. It was again the No. 7 overall most-demanded TV series in the U.S., though Parrot reported that it was the most-demanded show worldwide.

Netflix’s perennially popular “Stranger Things” maintained the No. 4 spot, with 47.7 times average demand and expressions down 1.7%. It was No. 10 on the overall TV show list.

The No. 1 overall TV series in terms of online demand for the fourth week in a row was “Attack on Titan,” with 99.8 times average demand. The anime series is currently releasing episodes in its final season. 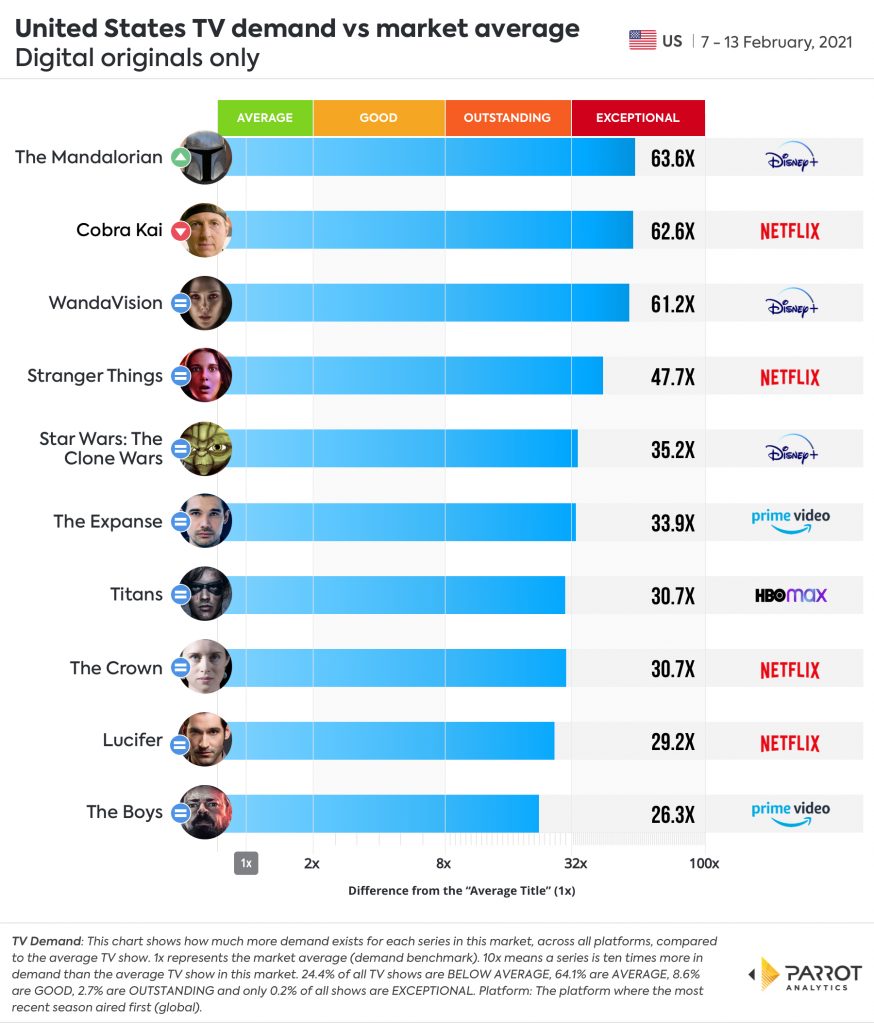