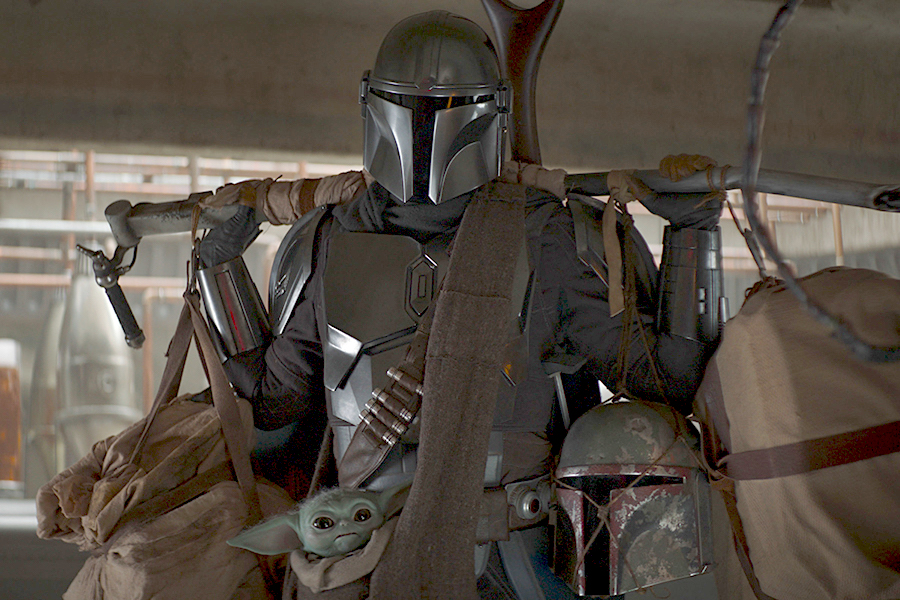 The Disney+ live-action “Star Wars” series “The Mandalorian” topped Parrot Analytics’ digital originals rankings for a third-straight week the week ended Nov. 7. It also moved into the top spot of Parrot’s list of all TV shows with 96.7 times the demand of an average TV series. It had a 33.8% increase in demand expressions, the proprietary metric Parrot uses to gauge a show’s popularity.

Holding at No. 2 on the digital originals chart, and taking No. 6 among overall TV shows, was Netflix’s perennially popular “Stranger Things,” which saw demand expressions fall 9.4% to give the show 57.6 times average demand.

“Cobra Kai,” the “Karate Kid” spinoff that was formerly a YouTube Premium original series before moving to Netflix, remained at No. 3 on the originals chart. The show had 35.4 times the demand of the average series, with expressions down 18.3% for the week.

HBO Max’s “Titans” (formerly of DC Universe) moved up a spot to No. 4 with 34.8 times average demand, while expressions fell 6.9%.

Rounding out the top five was CBS All Access’ “Star Trek: Discovery,” which rose a spot after a 0.7% bump in demand expressions to give it 34.3 times average demand.

The No. 2 overall TV series was “SpongeBob SquarePants,” with 92.3 times average demand. 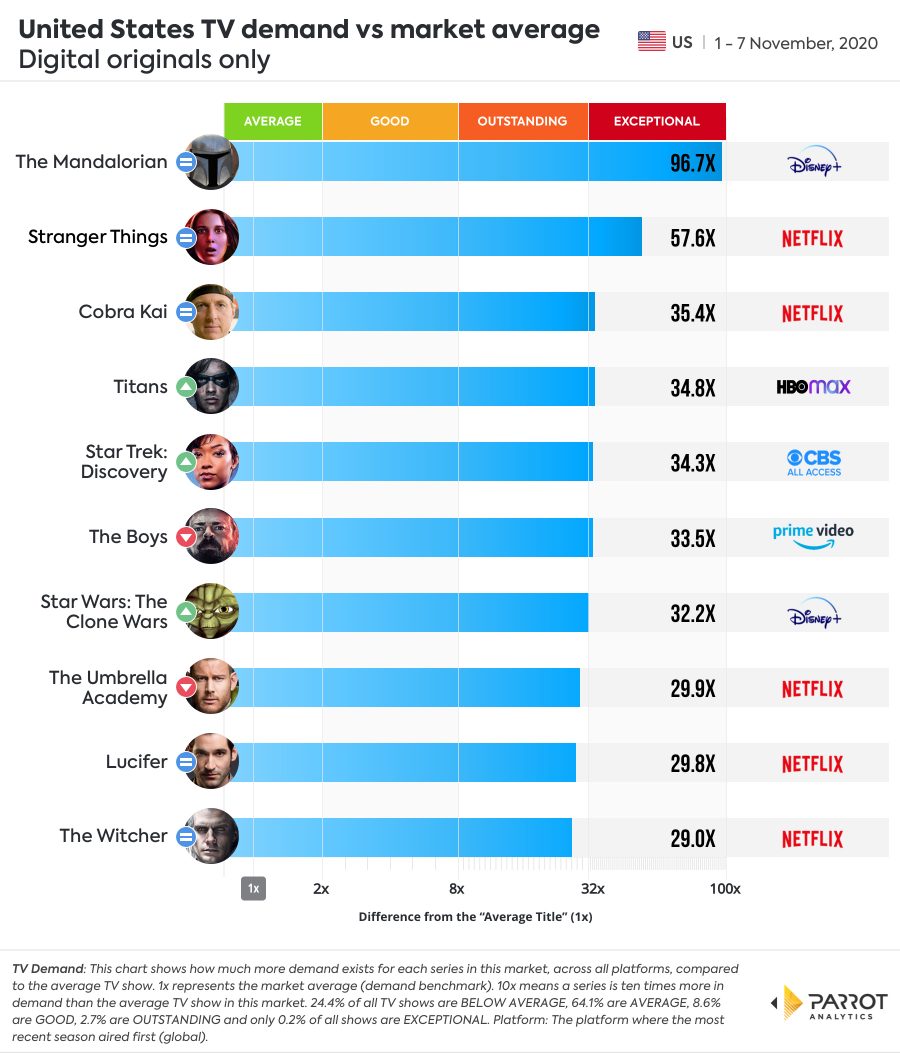