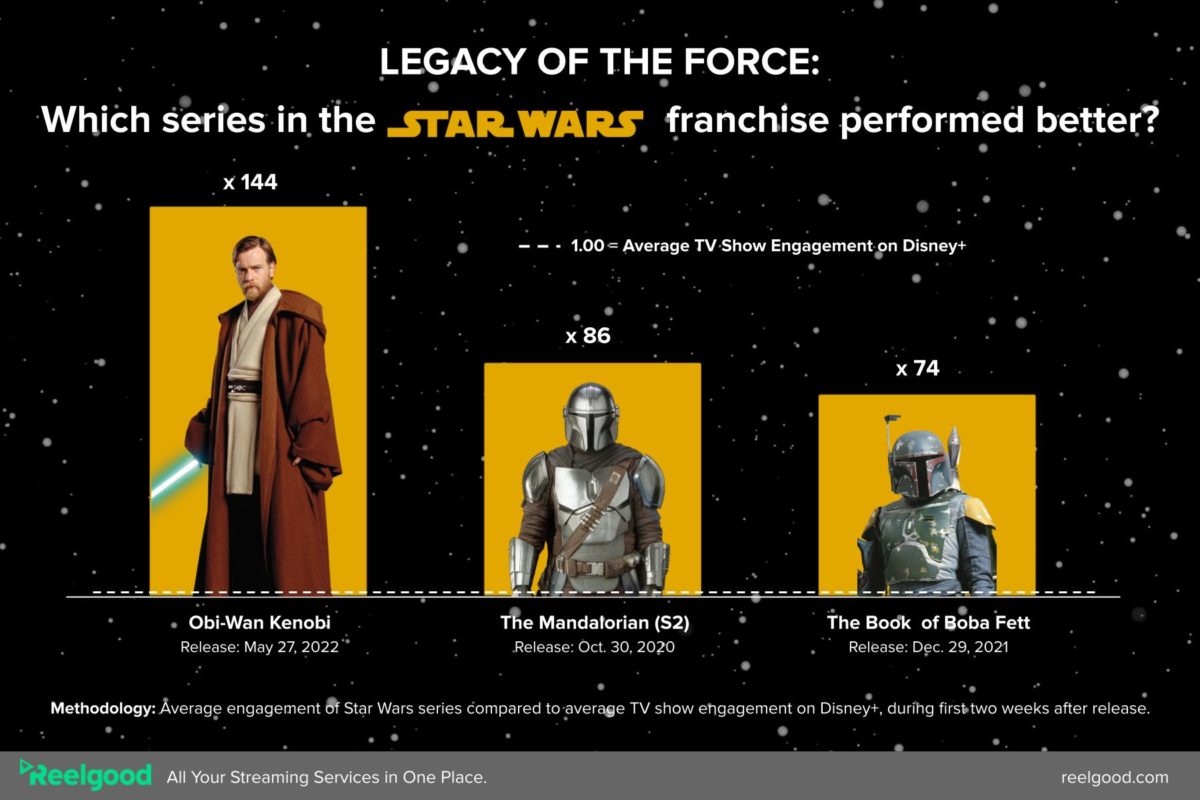 Disney+ has struck streaming gold with original “Star Wars” series “The Mandalorian,” “The Book of Boba Fett” and “Obi-Wan Kenobi.” The series have driven Disney+ subscriber growth and usage as the veritable “Star Wars” brand expands beyond legacy theatrical releases.

Reelgood compared the engagement and streaming activity of “The Book of Boba Fett,” “The Mandalorian,” and “Obi-Wan Kenobi” and indexed it against the average streaming and engagement activity of a Disney+ show. The streaming engagement is an aggregate of behavioral data on the Reelgood site and apps, including playback, tracking and other interactions.

That said, the season finale of “Obi-Wan Kenobi” generated 1.8 million households during the “live+4-day” window. That was 400,000 fewer households that streamed the final episode of “The Mandalorian” in the L+4D window.

“With this week’s conclusion of the Disney+ series, it’s clear that fans continue to be hungry for ‘Star Wars’ content, Cole Strain, VP of measurement products at Samba TV, said in a statement. “‘The Mandalorian’s’ already-established fanbase likely contributed to its higher level of viewer retention, while ‘Obi-Wan’ continues to build its following as a fan favorite.”

“Disney+ continues to bring in audiences to the Marvel franchise, and the draw is only building,” Strain said.

Meanwhile, 1.2 million U.S. households streamed the third season debut of “The Umbrella Academy” on Netflix during the L+4D window.

“About 413,000 households binged the entire season over the weekend, Strain said.