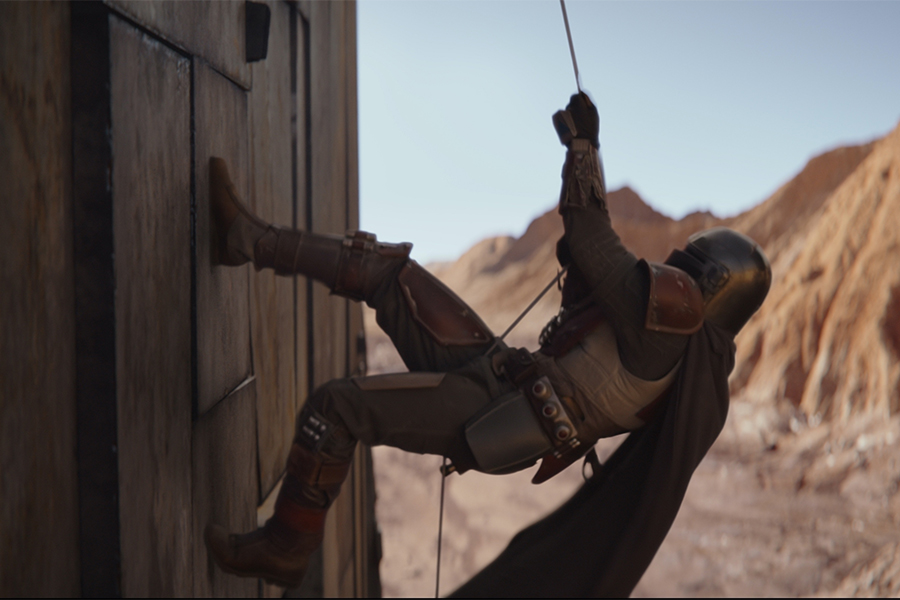 The Disney+ series “The Mandalorian” took over the No. 1 spot on not only Parrot Analytics’ digital originals rankings the week ended Nov. 23, but also the data firm’s overall list of TV series from any platform, including broadcast and cable.

Set in the “Star Wars” universe, “The Mandalorian” tells the story of a bounty hunter who takes a personal interest in his latest job. It is the flagship series of the new Disney+ streaming service, which launched Nov. 12. “The Mandalorian” had climbed to No. 3 on the digital originals charts after the service made available its first two episodes, which introduced a character that quickly became the subject of a popular Internet meme that no doubt influenced the series’ rapid rise to No. 1 after the Nov. 22 release of the third episode.

For the week, “The Mandalorian” registered 100.3 million average daily Demand Expressions, the proprietary metric used by Parrot Analytics to measure global demand for TV content. That was up 151% in expressions compared with the previous week, when it had 39.9 million expressions.

Netflix’s “Stranger Things,” which had been comfortably nestled in the top spot for 21 straight weeks, slid to No. 2, registering 81.2 million expressions, down 20% from the previous week.

DC Universe’s “Titans” dropped to No. 3 on the digital originals chart, with expressions up 24.8% to 71.2 million. The finale of the second season will be available starting Nov. 29.

Netflix’s “The Crown” returned after a two-year hiatus and a new main cast, with all 10 episodes of the third season being available Nov. 17. As a result, the series jumped to No. 4 on the originals chart, from No. 22 a week earlier, as expressions rose 134% to 41.7 million. 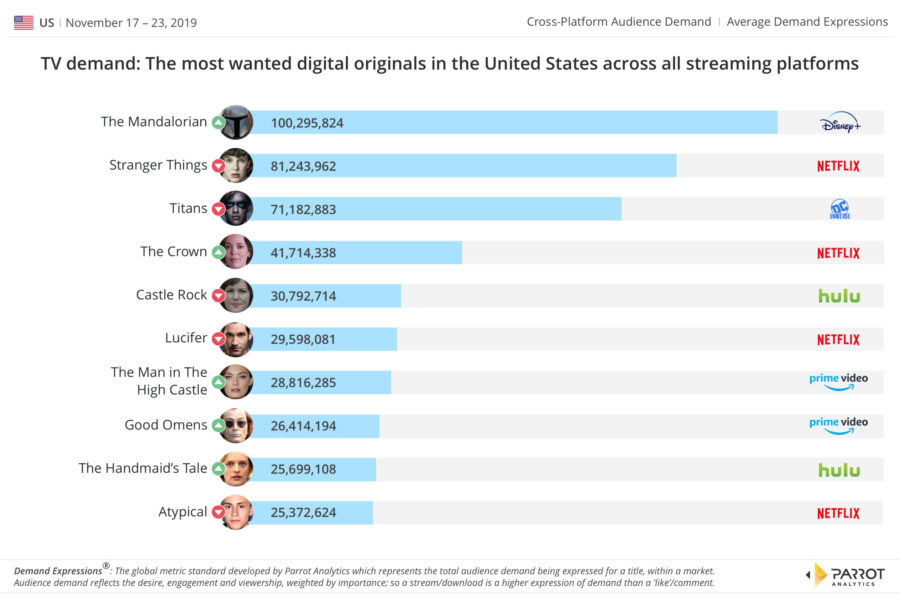