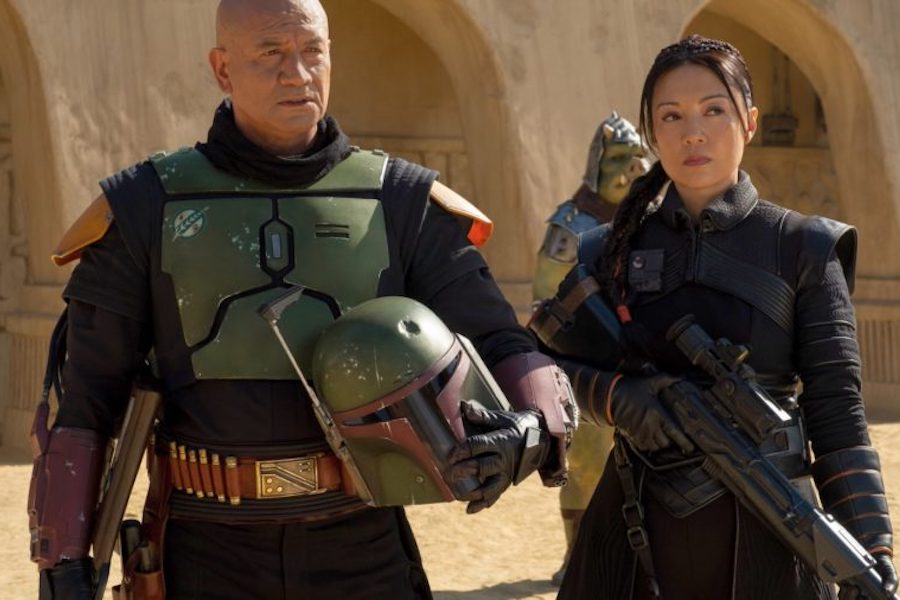 The Disney+ “Star Wars” series “The Mandalorian” and its spin-off “The Book of Boba Fett” remained in the top two spots on Parrot Analytics’ digital originals U.S. rankings the week ended Feb. 18.

“Mandalorian” kept the No. 1 position with 46.7 times the demand of an average series after a 4% drop in demand expressions, the proprietary metric Parrot uses to gauge a show’s popularity. “The Mandalorian” was No. 6 on the list of overall TV shows.

“Boba Fett” remained No. 2 on the digital originals chart. It had 43.3 times the demand of an average series following a 2.9% drop in demand expressions. “The Book of Boba Fett” was No. 7 on the list of overall TV shows.

Netflix’s perennially popular “Stranger Things” jumped up four spots to No. 3 after the announcements of its season four premiere dates. It had 36.6 times average demand after an 11.4% rise in demand expressions.

HBO Max’s “Peacemaker” climbed four spots to No. 4, with 33.7 times average demand after a 6.2% rise in demand expressions. Director James Gunn’s spinoff of his The Suicide Squad with John Cena reprising his role as Peacemaker presented its first-season finale Feb. 17. It was also renewed for a second season.

Staying at No. 5 was the Disney+ animated series “Star Wars: The Clone Wars.” It had 33.5 times average demand after a 2.6% drop in demand expressions.

The No. 1 overall TV series in terms of online demand was “SpongeBob SquarePants,” with 67.8 times average demand. 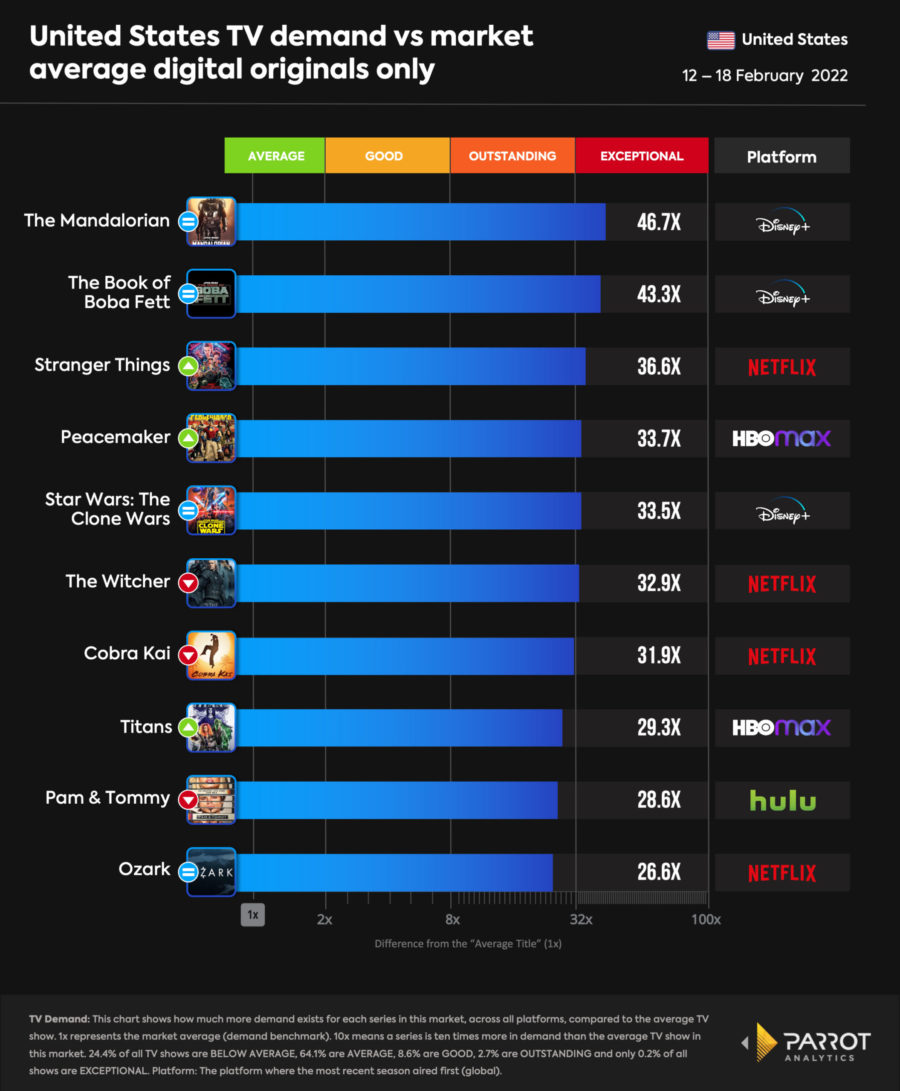