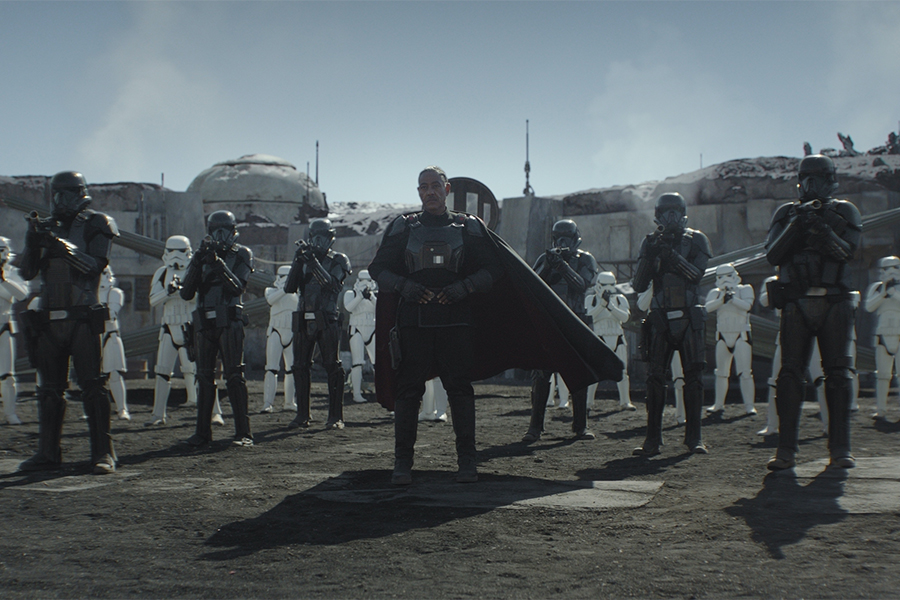 The Disney+ live-action “Star Wars” series “The Mandalorian” returned to the No. 1 spot on Parrot Analytics’ digital originals rankings the week ended Sept. 26. It was No. 2 the week before. The show’s recent bump comes after the Sept. 15 trailer for the second season, which premieres Oct. 30, as well as seven Emmy wins for the first season. “The Mandalorian” had 60.2 times the demand of the average show, with demand expressions, the proprietary metric Parrot uses to gauge a show’s popularity, up 1.4%.

“Cobra Kai,” the “Karate Kid” spinoff that was formerly a YouTube Premium original series before moving to Netflix, dropped a spot to No. 2 as the bounce the show received after moving to Netflix begins to wane, as the third season doesn’t bow until next year. The show had 58 times the demand of the average series, with expressions down 5.5% for the week.

Netflix’s perennially popular “Stranger Things” climbed to No. 3, with expressions climbing 1% to give the show 53 times average demand.

Amazon Prime Video’s “The Boys” slid a spot to No. 4. Demand expressions were down 9% to give the show 51.3 times average demand.

The No. 1 overall TV series was “SpongeBob SquarePants,” with 87.9 times average demand. “Mandalorian” was No. 3 on the overall TV list. 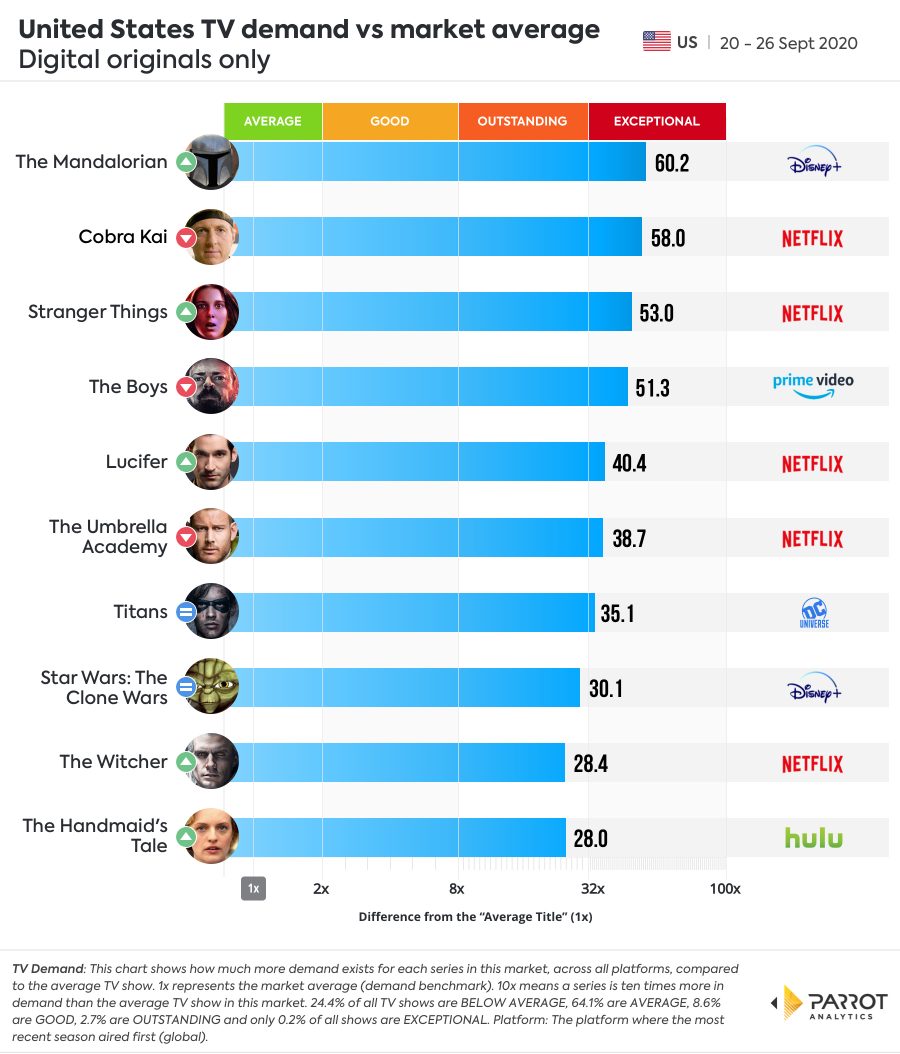