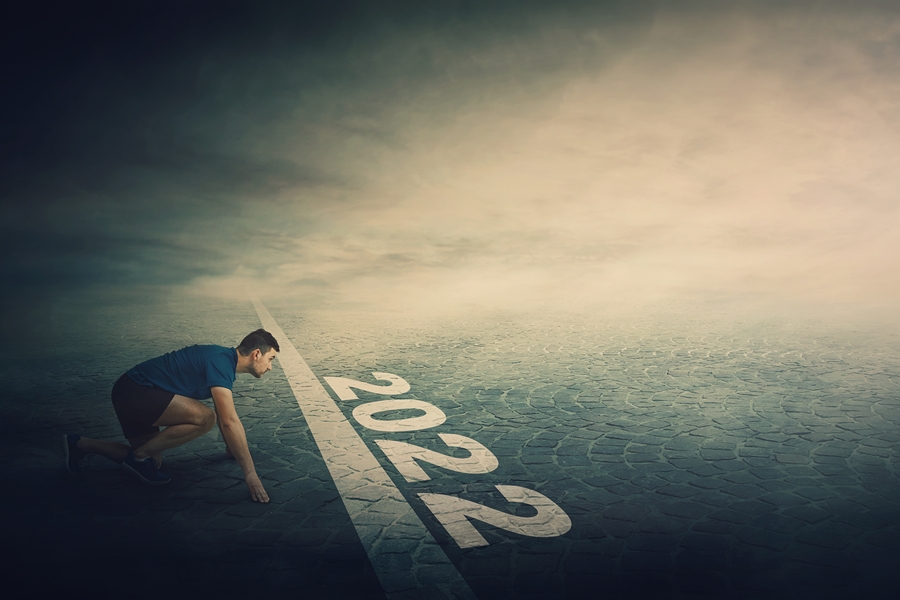 The uncertainty over the COVID-19 surge triggered by the emergence of the Omicron variant has made any and all predictions for the coming year suspect. Life could go back to normal fairly quickly or we will continue to battle surges and adjust our lives accordingly. Most observers don’t see us going back to the draconian shutdowns and lockdowns of the early days of the virus, but studio executives and exhibitors are understandably nervous about the current and any future surges since theatrical attendance could suffer — which ultimately affects everyone down the food chain.

The home entertainment business weathered the initial COVID crisis quite well, with streaming growing stronger and transactional video-on-demand (TVOD) winning a premium first-run window. That said, there are several “givens” as 2022 gets underway.

Netflix, Disney+, HBO Max and the other high-profile streamers will continue to battle for dominance, with Netflix doing everything in its power to reduce churn and not lose market share. The second tier of SVOD players, including Paramount+ and Peacock, will make as much noise as possible to win a seat at the table — as evidenced by Peacock’s recent announcement that it will be streaming the winter Olympics in their entirety.

On the transactional side, a lot depends on the fate of movie theaters as this pandemic lumbers on. The early pandemic led to an overall shortening of windows and new-release strategies that ultimately benefited both home entertainment divisions and digital retailers such as Vudu by Fandango, Redbox On Demand, Microsoft and Google Play.

But while TVOD, and physical media, benefit from shorter windows, it is also impacted by studios accelerating, or re-ordering, SVOD windows. A film available as part of an all-you-can-watch subscription streaming service simply isn’t going to sell or rent nearly as well as it would if there was no “free” competition. And that plays into the bigger picture that the more consumers tune in to SVOD services, the less likely they are to purchase or rent something a la carte.

Jim Wuthrich, president of content distribution for WarnerMedia, says he’s “optimistic that we’ll continue to adapt to the changing nature of COVID and learn to live with it.”

“Although there are many challenges, we’ve learned how to be productive with a distributed workforce, productions are largely back and there’s more consumer choice than ever before — both in amount of content and ways to view,” he says. “It’s a great time to be a fan of linear storytelling. We will continue to improve and expand HBO Max to more markets, while providing a la carte options for fans and collectors. SVOD services will continue to dominate viewing time, with transactional supporting a vital role in discovery, sampling and fandom. Physical media (4K/Blu-ray/DVD) continues to be a meaningful market, with approximately $2 billion in U.S. consumer sales, and largely immune to evolving distribution patterns.”

On the WarnerMedia side, Wuthrich says, “We have a great movie slate, with four DC films coming to theaters and another installment of ‘Fantastic Beasts.’ We also have a number of series releasing, including the new ‘House of the Dragon,’ a ‘Game of Thrones’ prequel. History has shown these franchises to be powerhouses in driving catalog sales so we are looking forward to a great year.”

“Similarly to 2021, we expect a very healthy home entertainment market in 2022, with strong consumer engagement across multiple business models,” says Michael Bonner, president of Universal Pictures Home Entertainment. “Release patterns will likely continue to fluctuate and vary across studios on a title-by-title basis.

“With the theatrical marketplace continuing to strengthen, the growth of PVOD and the expansion of various SVOD services, the distribution landscape is stronger than ever. As we look ahead, studios have more options and outlets to create value and reach consumers which strengthens our ability to continue investing in great content.”

Bonner maintains that Universal, with its slate of anticipated new releases including Jurassic World: Dominion, Minions: The Rise of Gru and Downton Abbey: A New Era, “is perfectly positioned to draw audiences back into theaters and fuel further transactional growth across the varying windows and platforms.”

Paramount Home Entertainment president Bob Buchi says that “as the global hub for transactional home entertainment across ViacomCBS, our division is exceedingly fortunate and singularly focused on delivering an extraordinary 2022 line-up of the company’s theatrical and television content, as well as third-party acquisitions through our extensive partnerships.”

“Our theatrical slate includes new entries in wildly popular franchises, including ‘Scream,’ ‘Top Gun,’ ‘Mission: Impossible,’ ‘Sonic the Hedgehog’ and ‘Jackass,’ which are not only highly anticipated, but also provide excellent opportunities to stoke fan interest in the earlier films and television shows available through home entertainment,” he says.

On the catalog front, Buchi adds, the division’s most ambitious initiatives are the year-long 50th anniversary salute to The Godfather, “for which we anticipate massive consumer excitement for the film’s return to theaters, new 4K home entertainment releases, and licensed merchandise,” and the first-time-on-4K director’s edition of Star Trek: The Motion Picture, “with fantastic new VFX, which will be released first on Paramount+ and then on home entertainment platforms.”

Cameron Douglas, VP of home entertainment for Fandango, which oversees the Vudu digital retailer, also has high hopes for the new year.

“We expect the TVOD sector to deliver even more value to consumers, as fans sort through a fragmented streaming world, looking for a one-stop-shop entertainment service for movies and TV,” he says. “Because subscription services, by their nature, cater to specific audiences and content offerings, we continue to see consumers utilizing the flexibility, depth and breadth of Vudu’s new release and catalog offering of over 200,000 titles to complement their monthly entertainment needs.”

Douglas says Vudu “is working hard to expand our catalog every day. It’s both a challenge and an opportunity, as we continue to secure new and previously unavailable titles. There’s a variety of titles where digital rights were originally unsecured, but with the demand increasing, there’s more pressure than ever to make these films available for fans to stream at home. We pride ourselves on providing the best quality of experience and we are always working to create a bigger, better home entertainment experience for our customers. We want to be that place where fans can find every beloved movie and show they desire.”

At the top of Vudu’s agenda for the coming year, Douglas says, are plans “to innovate new services for our customers and add new platforms and devices to meet the fan demand in an ever-changing marketplace. We also plan to offer deeper integration with our sister sites, Rotten Tomatoes, for entertainment discovery, recommendation and curated content, and Fandango for crossover promotional opportunities to help enhance the theatrical experience. With our entertainment lifecycle marketing strategy, we look forward to helping new and returning partners more effectively and efficiently reach high-value entertainment audiences at scale.”

The big challenge for home entertainment executives in the coming year is to apply lessons they learned during the pandemic and react quickly to market conditions.

Paramount’s Bob Buchi says that “with two years of experimentation and the expedited evolution of our business, we know we need to remain agile in our windowing and co-promotional strategies as we continue to support the return to theaters and the rapid growth of our streaming service, Paramount+.”

Adam Frank, SVP of global digital sales and distribution at Lionsgate, says what happens at the box office will trickle down into all aspects of home entertainment.

“Our expectation, given the quality and quantity of the theatrical release slate, is that box office sees significant increase and momentum in 2022 vs. 2021,” Frank said. “The old adage of content is king still rings true, and with more product in the marketplace, consumers will ultimately have more choices and more opportunities in the home entertainment space.”

For independent film distributors, don’t expect much variance in 2022 from established policies of continuing to take aim at the collector and niche markets, particularly on the physical media side.

“For disc sales, MVD and our label partners are focusing on collectible content in deluxe packaging,” says Ed Seaman, COO of MVD Entertainment Group. “We anticipate a similar trajectory for disc sales, which have steadily grown over the last several years. The pandemic certainly gave them a boost, but the resilience and resurgence of disc sales may have more to do with the frustrating customer experience our industry has created in the OTT space. Finding what you want is now very challenging. How many streaming services do you need to subscribe to only to not find the film you want to watch, when you want to watch it? You can more easily find what you want transactionally, but it is still a search. Why not just pay a bit more and own the deluxe-edition disc?”

On the digital front, Seaman says “AVOD/FAST will continue to grow dramatically as consumers clearly embrace and enjoy that model. TVOD is tricky; considering Amazon’s tight curation of non-fiction, we expect some other platforms to step up and become more dominant in that space. There is a real opportunity for platforms focusing on non-fiction to deliver to fans what they want when they want it.”

At MVD, Seaman notes, “we’ve just added Zach Fischel to our leadership team; Zach is a veteran in the entertainment industry and is leading our label management team and marketing department. We’ve additionally moved longtime MVD staffer Chris Callahan to lead our digital sales and operations team. Chris has been with MVD since 1999 and has served in sales management, label management and international licensing. Both of these leaders are committed to improving their areas of responsibility; they have great ideas particularly in digital marketing, an area of overlapped responsibility. We are really excited about 2022!”

So is Mark Fisher, president and CEO of OTT.X, a streaming industry trade group.

“2022 will be a year that portends the future of our industries — a future that, enabled by OTT distribution, is more egalitarian, more global and more diverse,” Fisher says. “While Hollywood continues to make great movies and TV shows, smaller distributors and independent producers from all over the world are making a lot of great content, too — enabling the consumer to be less reliant and dependent on content from the big studios and on domestic-produced content. And, while the big ‘Pluses’ and ‘Maxes’ continue to grow, consumers are finding plenty of additional content on indie and niche channels, both FAST and on demand.”