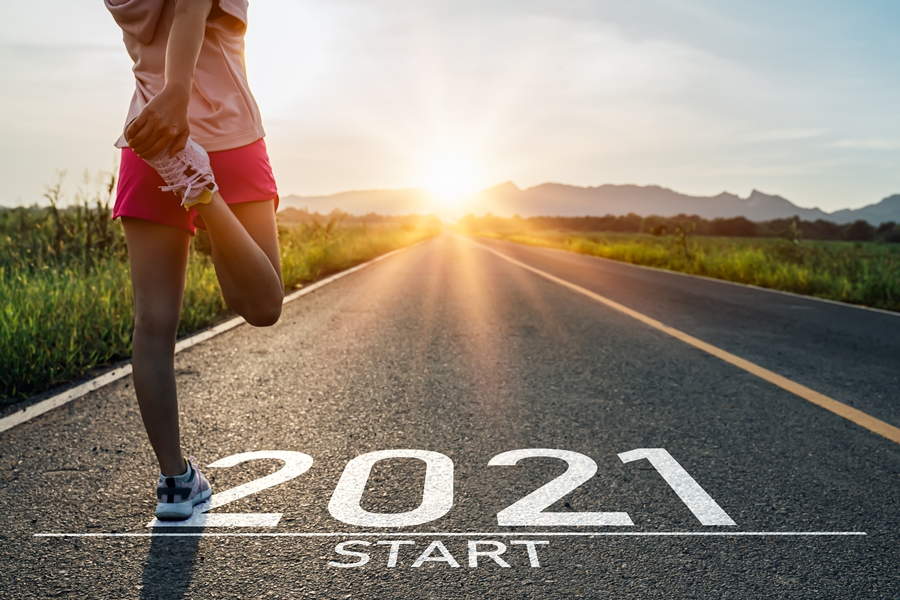 After a year in which COVID-19 upended Hollywood, 2021 looms as one big question mark for home entertainment executives.

The pandemic accelerated the growth of streaming and made premium video-on-demand (PVOD) an economic and logistic necessity due to the closure of movie theaters. And despite the lack of fresh theatrical product, the transactional end of the home entertainment business flourished.

In 2020, films that would have been major theatrical releases — including Disney’s live-action Mulan, Universal/DreamWorks Animation’s Trolls World Tour and Warner Bros. Scoob! — hit PVOD first before moving on to other windows. Studios made the most of captive home audiences by seamlessly transitioning from PVOD to TVOD, and at the same time dug into their vaults and came up with creative ways to market catalog titles.

With a vaccine rollout underway, the big question is whether things will return to normal — or whether the changes have been so pronounced, so significant, that Hollywood will never return to its old ways. Whichever way the wind blows, industry executives say, the strides made by PVOD are unlikely to be reversed even once most of the country has been vaccinated and it is safe for theaters everywhere to reopen.

“COVID was clearly an accelerant to move more entertainment consumption to the home,” says Galen Smith, CEO of Redbox. “Event films will still be big theatrically, but there will be a push to accelerate consumers’ abilities to watch at home through PVOD and shorter overall windows — both digitally and on disc.”

He adds, “We don’t believe the theatrical model will return exactly as it existed prior to COVID. The evolution over the last year benefited consumers and content creators through the introduction of new products — and a number of them, like PVOD, are here to stay. PVOD has been a model the studios have wanted to add for many years, and I expect to see more PVOD releases in 2021.  It’s another way to provide customers choice, which is good for them as well as for the industry.”

Dametra Johnson-Marletti, corporate VP of Microsoft Digital Stores Category Management, agrees. “I think many consumers will be excited to return to the theaters when the COVID risk is nearer to zero,” she says. “That said, I also think that PVOD is here to stay, particularly for titles that are not forecasted to be box office blockbusters, and for a certain segment of viewers.”

The mantra for home entertainment executives, then, is to keep their fingers on the pulse of the industry, and on the consumer, and be prepared for more changes as well as more uncertainty.

“What we saw in 2020 was an anomaly, but it also demonstrated our ability to pivot and continue to monetize our content through the distribution strategies and platforms that are available to us and that make the most sense,” says Bob Buchi, president of worldwide home entertainment for Paramount Pictures. “All of these options — including traditional theatrical distribution — will continue to co-exist in a post-pandemic world.

“I feel strongly that we need to stop framing things as ‘normal,’ whether that’s ‘back to normal’ or ‘a new normal’,” adds Amy Jo Smith, president and CEO of DEG: The Digital Entertainment Group. “Our business is currently in an accelerated state of evolution, as the pandemic created the perfect environment for overdue experimentation with distribution models. Many studios are working within this unique opportunity to offer consumers new ways to consume content at earlier points in its lifecycle, and consumers have embraced the change. There is no replacement for the experience of seeing a movie in a state-of-the-art theater, but we expect content owners will continue to meet entertainment lovers wherever it is that they choose to consume new content.”

Similarly, streaming is likely to enjoy continued high growth rates. “Recent research from the NPD Group shows that the average U.S. consumer now relies on seven different streaming video services, up from five in April,” says the DEG’s Amy Jo Smith. “This is another case of the pandemic accelerating a trend that was already underway. It’s great that consumers have so many streaming options at different price points and offering different content. It’s the belief of DEG’s D2C Alliance Steering Committee that as consumers continue to customize their entertainment experience subscription and ad-supported services will continue robust growth, as will large, mainstream services and those that offer more specialized content.”

The transactional end of the business is perhaps the most fluid as 2020 gives way to 2021. Against all odds, the business didn’t collapse when the theatrical business did. But that doesn’t mean there weren’t some dicey moments — nor will it be all smooth sailing ahead.

“The Microsoft Movies & TV transactional service thrives mostly on new blockbuster content,” Johnson-Marletti says. “With new production shuttered for much of the year, and top content releases pushed to 2021, our TVOD business certainly felt some headwinds. Our team had to become very creative and scrappy as they worked with our studio partners to find unique avenues for growth. We had a multi-part strategy that included shifting more focus to our catalog by bringing forward a lot of the fan favorite and classics for consumers to find more easily. We also focused on building great thematic and seasonal collections.

“Given the current state of the pandemic-related shutdown, and the related outlook through the first two quarters of calendar year 2021, I think we will likely expect much of the same, with some positive light starting to emerge in the late April to early May timeframe. The pervasiveness of vaccine adoption, the openness of the world (as it pertains to theaters), and new windows and rollouts will all be key inputs to how the back half of 2021 plays out.

“I definitely think the approach [we took in 2020] represents a viable set of tactics that will continue to serve our customers, partners and business well in the new year.”

With the continued erosion of disc sales in 2020 — at the nine-month mark, combined consumer spending on Blu-ray Discs and DVDs was down nearly 23% from the prior year, to a new low of $1.8 billion — digital retailers will likely continue to stress the collectibility of digital movie sales, as they did with catalog product during 2020.

“It may not be widely known or understood, but in many ways digital movie collections offer a level of security, portability, and confidence that discs cannot,” Johnson-Marletti says. “Your entire library can be accessed from almost any device, it travels with you seamlessly, and you never have to worry about damaged or lost discs. To the purest of collectors, the absence of tangible boxes may not fully satisfy, but, again, there are many benefits that outweigh the cardboard. Lowering the cost of entry and creating compelling promotions and offers that inspire first-time adoption could be a way to spur greater digital movie sales.”

Despite the emergence of PVOD and continued growth in streaming, some observers expect theaters to stage a dramatic comeback once most of the country has been vaccinated.

Even so, Buchi says, “each film and situation is unique.  For some films, like Top Gun: Maverick and A Quiet Place Part II, the theatrical model is optimal.  On the other hand, we found tremendous success with PVOD for Love and Monsters and Spell. Some films make sense for subscription streaming services.  It is not one-size-fits-all and every film needs to be evaluated individually.”

Ultimately, he adds, “we will continue to explore new distribution models and opportunities to bring our content to audiences wherever and however they want to enjoy it.”

Warner’s Wuthrich agrees. “Consumer empowerment is good for the industry and our goal is to meet the fans where they are — theaters, OTT, digital, physical,” he says. “While fans may have a preferred channel, they often participate in many, such as going to the theater, subscribing to HBOMax and picking up the Blu-ray. The multichannel experience could be one movie or across different movies, depending on interest.

“One thing is certain: If we are successful in creating compelling stories, fans will continue to show up.”

One thought on “Looking Ahead: Home Entertainment Executives Eye 2021, Say PVOD Is Here to Stay”