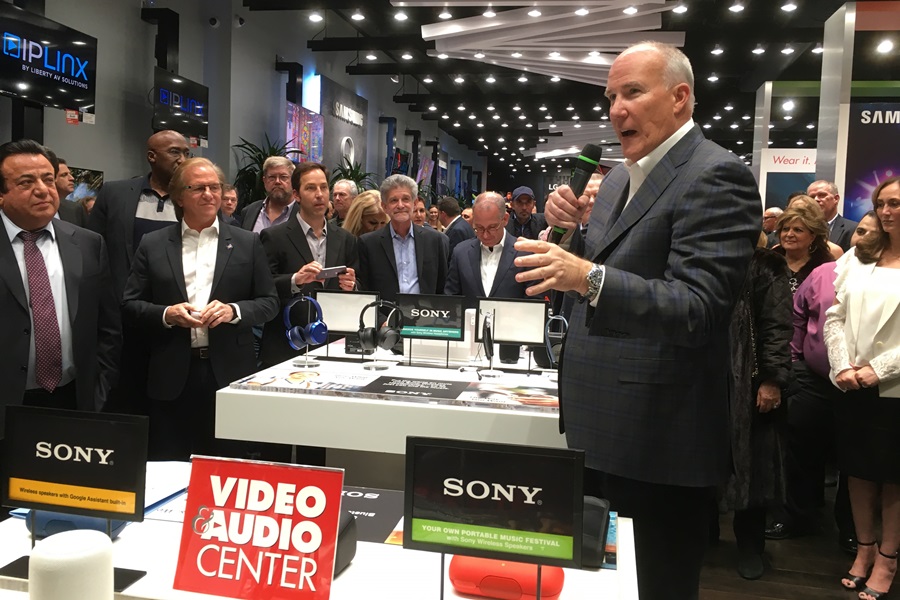 Mike Dunn, for years the top home entertainment executive at 20th Century Fox, is among a handful of high-ranking studio executives to exit March 21 in the wake of Walt Disney Co.’s acquisition of the celebrated film studio, which was completed March 20.

Insiders told Media Play News that Dunn’s departure was not unexpected and the executive already is eyeing several startup opportunities in the technology field — after a two-week vacation.

One insider told Media Play News that Disney appears to be sticking by reports that ultimately 4,000 people will lose their jobs. “This morning, it felt like 5,000,” the insider said, noting that the day brought a steady succession of HR meetings as Fox staffers learned their fate — although many already knew, but had been asked to remain silent until today.

Since December 2016, Dunn has been president of product strategy and consumer business development for the studio, with oversight of emerging media platforms, distribution models, partnerships with consumer electronics and technology companies, and overseas opportunities.

He remained the de facto worldwide head of 20th Century Fox Home Entertainment, a position he first landed in 2005 — making him the longest-serving head of a major studio home entertainment division.

Dunn was named worldwide president of the division after three years as president, domestic home entertainment, a position he assumed after the December 2002 departure of Pat Wyatt, who resigned to start up an independent film production and financing company specializing in Japanese-style animated programming for home audiences.

Dunn joined Fox in 1987 as manager of marketing and subsequently rose to director and then VP. In 1995, he promoted to SVP of international marketing; three years later, he was named SVP and GM for Fox home video operations in Europe.

He was promoted to EVP, domestic marketing and sales in 2000, three years after the launch of DVD but before the disc’s explosive growth. In that capacity Dunn was dealing primarily with video rental dealers, both big national chains like Blockbusters and a dwindling number of independents and regional chains serviced by a network of third-party distributors.

“Mike is a tremendously talented and consummate professional who has always been a pleasure to work with and grow our mutual businesses,” Scavelli said. “He is a visionary who always treated his team with class and respect. We at Flash wish him all the best in his future endeavors. One of the good guys!”

Eddie Cunningham, president of Universal Pictures Home Entertainment, said of Dunn, “I haven’t known Mike personally for as long as some, and more by his great reputation, before my move from London to Los Angeles some five years ago. I will always be grateful to Mike for how welcoming he was to me, both personally and professionally, as my family settled into life in a new country.

“He was a fierce competitor, a good partner where we worked together on distribution in some smaller territories, a strong leader and colleague on the DEG Board and someone who could light up any room with his ‘smarts’ and great sense of humor.

“I wish Mike well and can’t wait to hear about his next ‘chapter,’ which I’m sure will be as interesting as his previous ones.”

Ron Sanders,  president of worldwide distribution of the Warner Picture Group and president of Warner Bros. Home Entertainment, said, “Over the more than 10 years we’ve been colleagues in the industry, Mike and I have transitioned from wary competitors to good friends.  His casual, humble demeanor belies a sharp intellect with keen ideas on how to approach challenges. He has made Fox into a powerhouse with strong talent and enviable performance.”

Dunn also served as chairman of DEG: The Digital Entertainment Group for two years, from 2016 to 2018. Amy Jo Smith, the DEG’s CEO, said of Dunn, “Mike is the rare executive who exhibits a vision for our business, a keen understanding of what consumers want, and fair leadership in equal parts. It’s been a privilege to have him share his expertise with DEG and I look forward to seeing what he does next.”

During Dunn’s tenure as head of 20th Century Fox Home Entertainment, the industry shifted from a rental to a purchase model thanks to the rapid rise of DVD. Dunn also oversaw the studio’s home entertainment business during the bruising format war between the proposed high-definition successors to DVD, Blu-ray Disc and HD DVD. Blu-ray eventually won the battle.

But his legacy, observers say, is his early belief in digital distribution and embracing technology, which led to partnerships with tech giants such as Amazon and Google and the establishment of Fox Innovation Labs, a high-tech think tank launched in 2014 — under the auspices of Dunn; Danny Kaye, 20th Century Fox’s research and tech strategy EVP; and chief technology officer Hanno Basse — as a way to meld the often disparate worlds of technology and entertainment, of Silicon Valley and Hollywood.

As far back as 2007, Dunn was thinking digital. In October of that year, 20th Century Fox became the first studio to include a digital copy of a movie on a physical disc. As the Hollywood Reporter noted at the time, “the special-edition DVD of Live Free or Die Hard will come with an electronic copy of the complete movie that can be played on a computer and select portable video players.” Dunn commented at the time, “This may be the killer app, where you have physical media that allows you to have a big-screen experience and at the same time move the file around to other devices and have a great experience there as well.”

Tom Campbell, company spokesman and chief technologist at Video and Audio Center, a high-end consumer electronics chain in Southern California, said about Dunn, “He gets it – he understands the content to our category.” Just as former Warner Home Video president Warren Lieberfarb is hailed as the father of DVD, Campbell said, “I call Mike Dunn the father of Blu-ray Disc and 4K Ultra HD Blu-ray.”

When Video and Audio Center launched 4K Ultra HD with the Samsung player and 20th Century Fox’s The Martian, Campbell said, “it was Mike Dunn who was at our store. He truly is one of a kind, and I’m excited to see what he moves into next.”