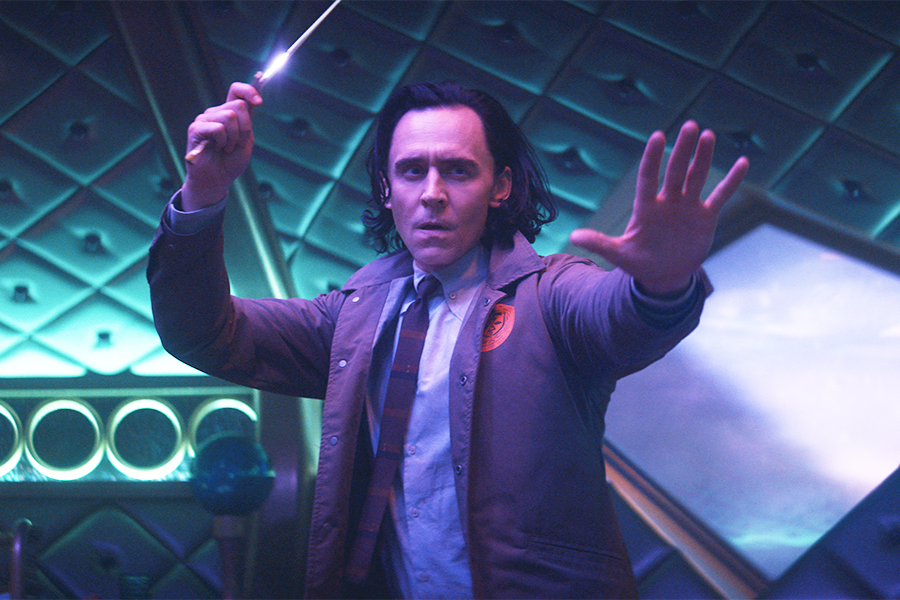 “Loki,” the latest Marvel Cinematic Universe series from Disney+, moved up a spot to No. 1 on Parrot Analytics’ digital originals U.S. chart the week ended July 10. The series had 43.2 times the demand of an average series after a 22.4% rise in demand expressions, the proprietary metric Parrot uses to gauge a show’s popularity. It was No. 5 on Parrot’s list of all TV shows.

Netflix’s perennially popular “Stranger Things” dropped to No. 2 on the originals chart after three weeks in the top spot, registering a 1% increase in demand expressions to give it 42.3 times average demand. It was No. 6 on Parrot’s list of all TV shows.

The Disney+ live-action “Star Wars” series “The Mandalorian”remained No. 3 on the digital originals chart, garnering 34.4 times the demand of the average show after a 4.5% rise in demand expressions.

Another Disney+ Marvel series, “WandaVision” moved up to No. 4 despite a 3.4% dip in demand expressions, giving it 30.9 times average demand.

Netflix’s “Lucifer” slid a spot to No. 5 with a 7.4% drop in demand expressions, registering 29.6 times average demand.

HBO Max’s “Titans” returned to the top 10, climbing three spots to No. 8, after the DC Comics Twitter account released new cast photos to promote the show’s third season premiering Aug. 12. It had a 9.7% rise in demand expressions, giving it 24.5 times average demand.

The No. 1 overall TV series in terms of online demand was “Rick and Morty,” with 70.2 times average demand. 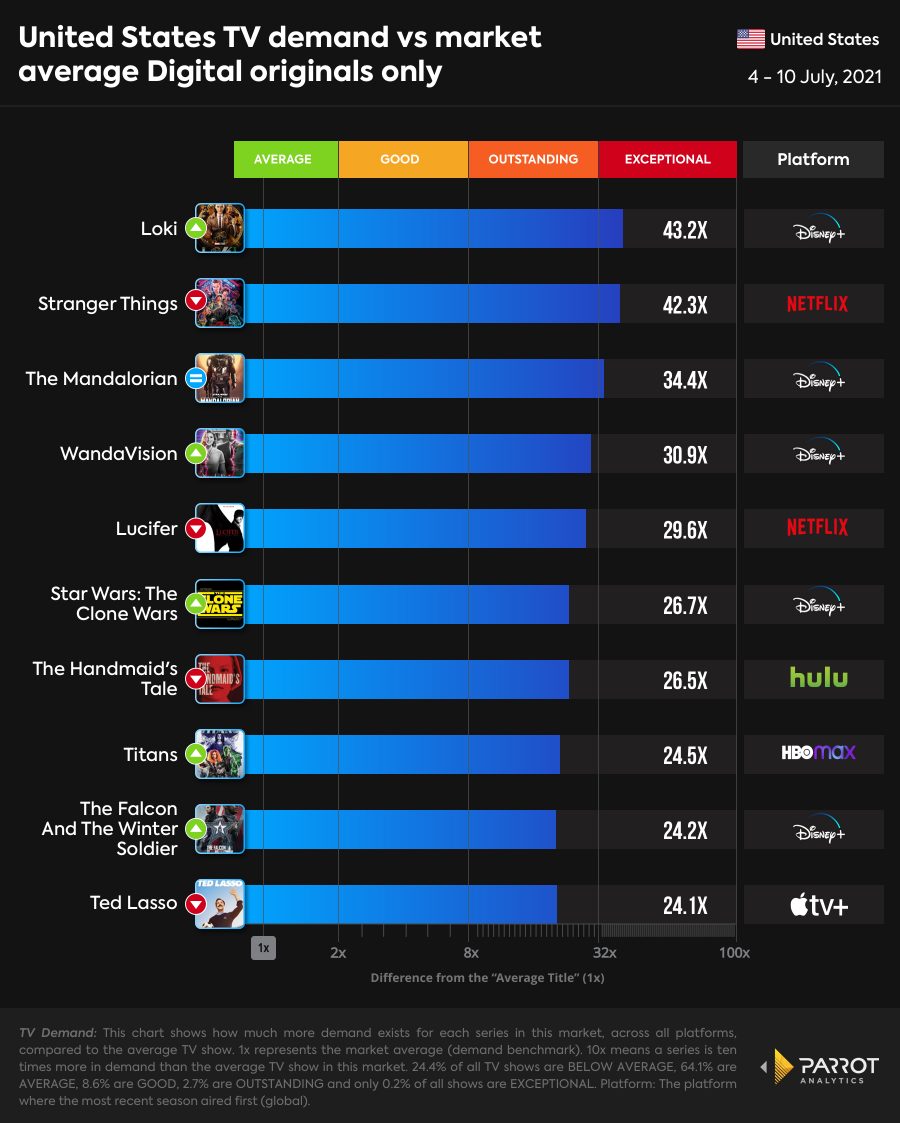