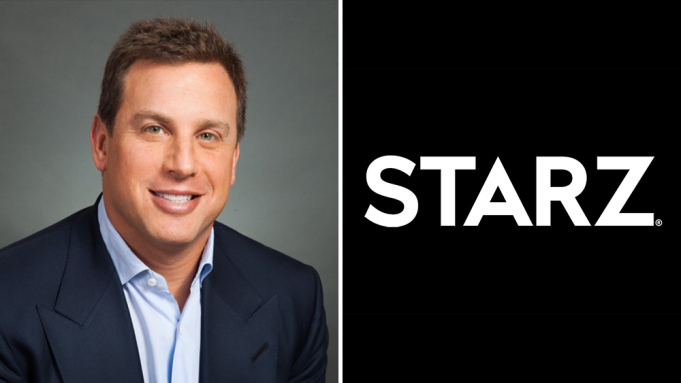 As CEO, Hirsch will shape the overall business and programming strategy for Starz and oversee the continued evolution and expansion of the brand’s over-the-top video platform around the world.

Hirsch joined Starz four years ago, was promoted to COO in 2016 and has been running the network for nearly a year.

Under his leadership, Starz increased its overall domestic subscriber base from 23.5 million to 24.7 million last year and continued the rapid growth of of the brand’s domestic OTT businesses.

Starz has more than 4.4 million domestic OTT subscribers with successful launches during the last year on Apple, Hulu, Roku, YouTube TV and an array of other platforms.

Hirsch shepherded the launch of the Starz app in the U.S. and orchestrated Starz Play’s expansion into nearly 50 countries in Europe, Latin America, the Middle East and North Africa as well as Canada.

Starz plans to continue its rapid international growth and, as previously announced, expects to have as many as 15 million to 20 million international subs by 2025.

“Jeff continues to lead Starz’s transformation into one of the world’s premier subscription platforms,” Lionsgate CEO Jon Feltheimer said in a statement. “He has a clear strategic vision, great understanding of where our business is headed and strong relationships that will all contribute to Starz’s continued strong growth and evolution.”

Hirsch recently announced that STARZ delivers the highest composition of female viewership in premium cable, and the network continues to build on its success with a focused strategy of developing and producing premium programming that appeals to women and other traditionally under-served African-American, Latinx and LGBTQ audiences.

Starz original programs “Power” has more than 10 million multi-platform views per episode and “Outlander,” a perennial ratings favorite among women.

Hirsch recently greenlit three new series written and/or executive produced by women, including a reimagined “Dangerous Liaisons,” the third season of “The Girlfriend Experience” and the dark comedy “Shining Vale.”

The network is also preparing the launch of “Power Book II: Ghost,” starring Mary J. Blige in a lead role, the first of several “Power”-inspired series that include a prequel shepherded by “Power” creator and showrunner Courtney A. Kempand executive producer Curtis “50 Cent” Jackson as Starz continues to expand the “Power” Universe into a year-round viewing experience.

Hirsch joined the company in 2015 as president of global marketing and product development. Since Lionsgate’s acquisition of Starz in 2016, Hirsch has played a lead role in integrating Starz into the Lionsgate family and exploring opportunities for the two companies’ combined suite of OTT offerings.

Prior to joining Starz, Hirsch served as EVP and chief marketing officer, residential services at the former Time Warner Cable.