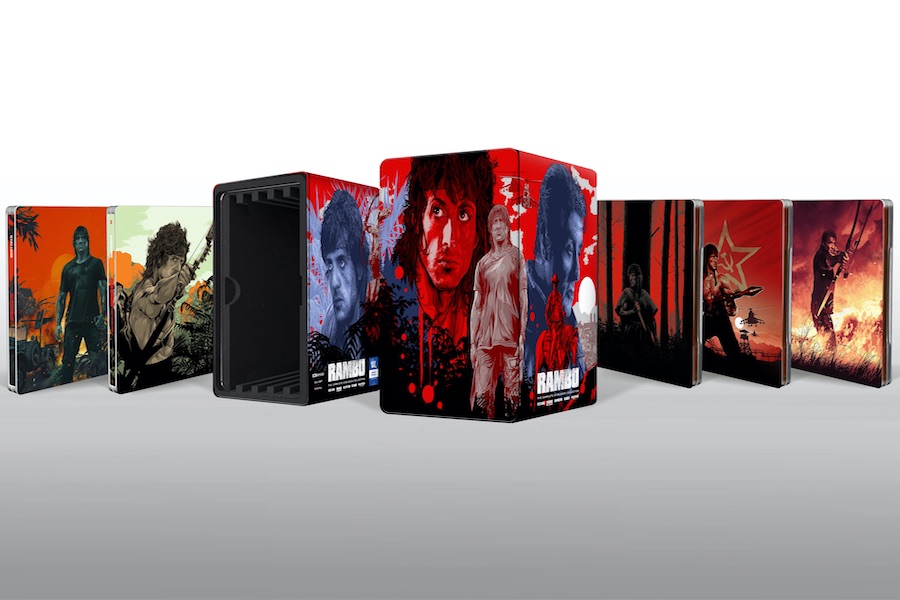 The vanguard of quality in the physical disc business is the SteelBook, which is printed on (and fully encased in) metal, rather than paper or plastic, offering a more enduring canvas to showcase the art that collectors prize. Lionsgate research has found that SteelBook collectors love details, such as the fine points of a given illustration, and desire unique rather than repurposed/existing art on the cover.

To serve these collectors — who have helped sales of SteelBooks grow every year, even in the digital age — Lionsgate brought in the big guns to provide art for its 4K Ultra HD Rambo Complete SteelBook Collection, due Oct. 27 and including all five “Rambo” films. Each film’s SteelBook features an illustration from a renowned artist, harking back to the iconic “Rambo” posters of yesteryear, but offering a new and unique take.

The artists selected — Justin Erickson, Ken Taylor, Grzegorz Domaradzki, Vance Kelly and John Guydo — have created some of the most sought-after alternate film-poster art in the world. Each of them was assigned a single film to design a new and distinctive piece of key art that extends from the front cover to the back cover. Ken Taylor pulled double duty, also creating the artwork for the outer case of the Rambo Complete SteelBook Collection.

In a nod to poster culture, the 10 discs in the set will be printed using a six-color silkscreen method rather than the industry-standard off set process. The setup is far more labor-intensive, but it produces a cleaner print with greater color consistency and a far greater tactile experience for the consumer. The SteelBooks themselves will also be finished with a special mixture of satin and gloss coatings in order to let the colors shine without collectors having to worry about smudging. 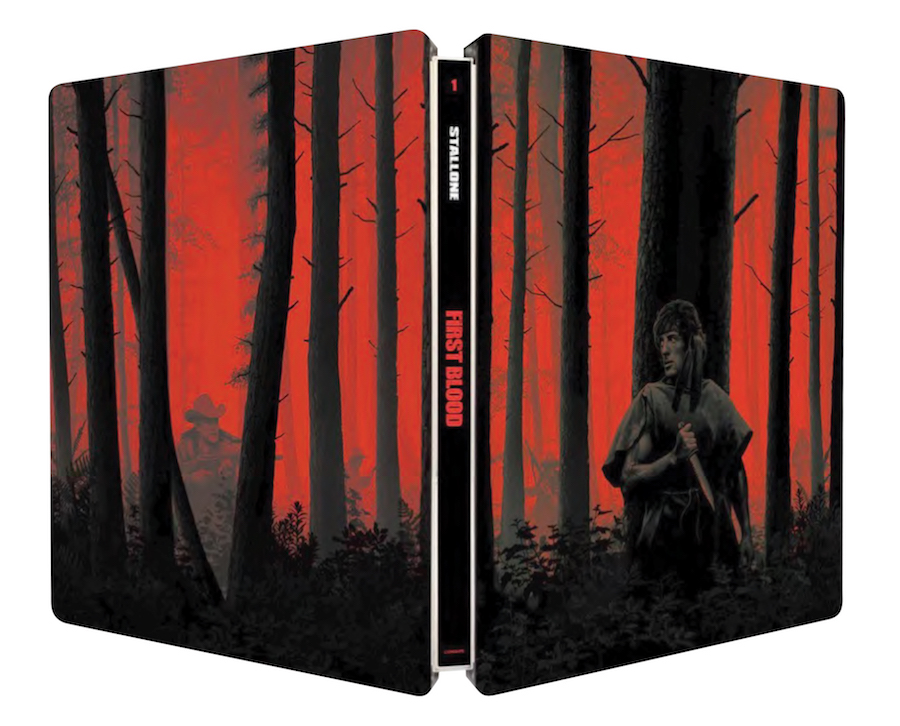 First Blood — For the first film in the iconic action series — First Blood — Justin Erickson focuses on the evocative beauty and shape of the deciduous trees native to the state of Washington. Known for hiding Easter eggs in his work, he has hidden the image of a knife in the negative space of the tree line, which frames the contemptible Sheriff Teasle (a tribute to the late Brian Dennehy). 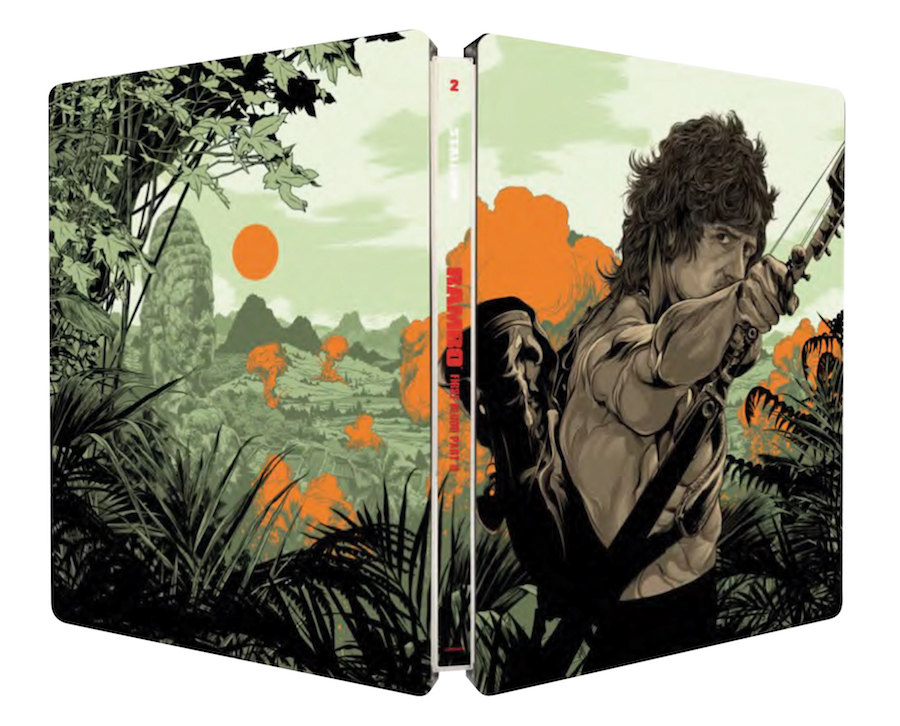 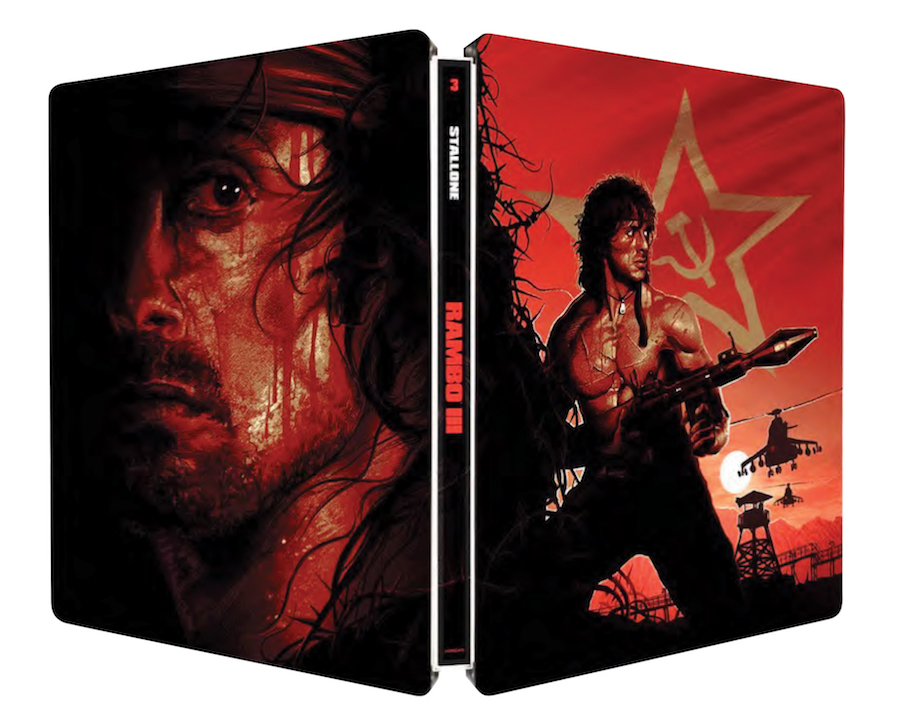 Rambo III — Grzegorz Domaradzki designed the cover for Rambo III, which follows Rambo as he tries to rescue his former military commander during the Soviet-Afghan War. The artist lives in Poland and grew up under the shadow of communism, and the action hero’s triumph over the Soviets is one of his greatest cinematic memories. The barbed wire on the cover of the SteelBook turns out to be an extension of Rambo’s hair on the back once it’s opened all the way, serving as a bridge from the iconic (the front action shot, a hallmark of any Rambo release) to something more intimate (the portrait of Rambo shown on the back). 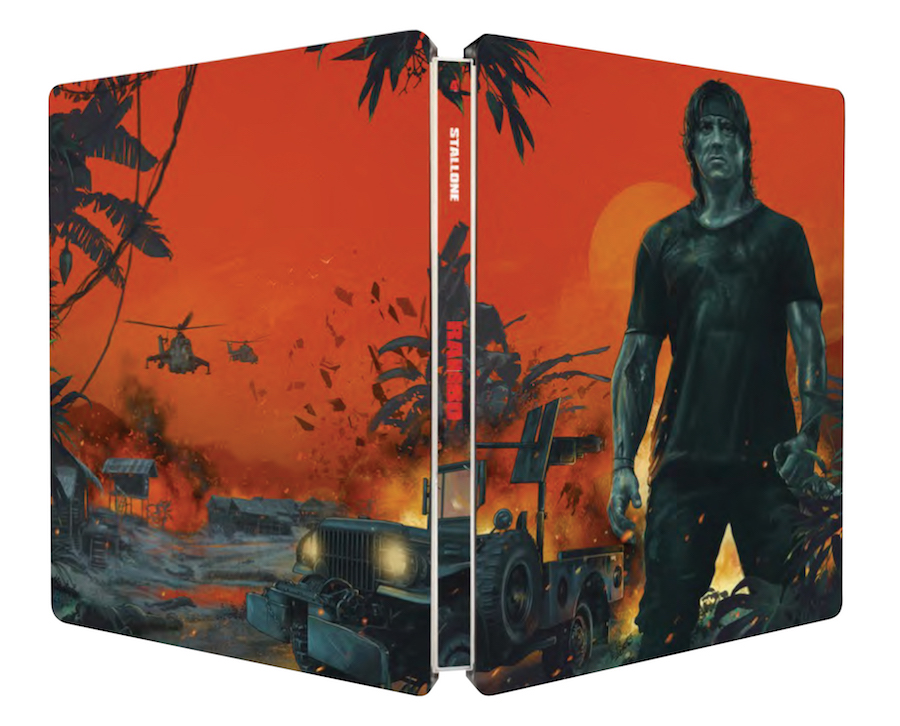 Rambo — The cover for the fourth film in the franchise — Rambo — was designed by Vance Kelly. He works digitally, with a canvas four times larger than is required in order to create fine lines with unprecedented detail. Each element is fashioned on separate layers to achieve an extreme level of customizability. (Kelly’s compositions often contain more than 1,000 unique Photoshop layers.) Through color palette, texture and the incorporation of minute perspiration beads, Kelly’s intention on the Rambo art is for the viewer to “feel the humidity of the jungle.” 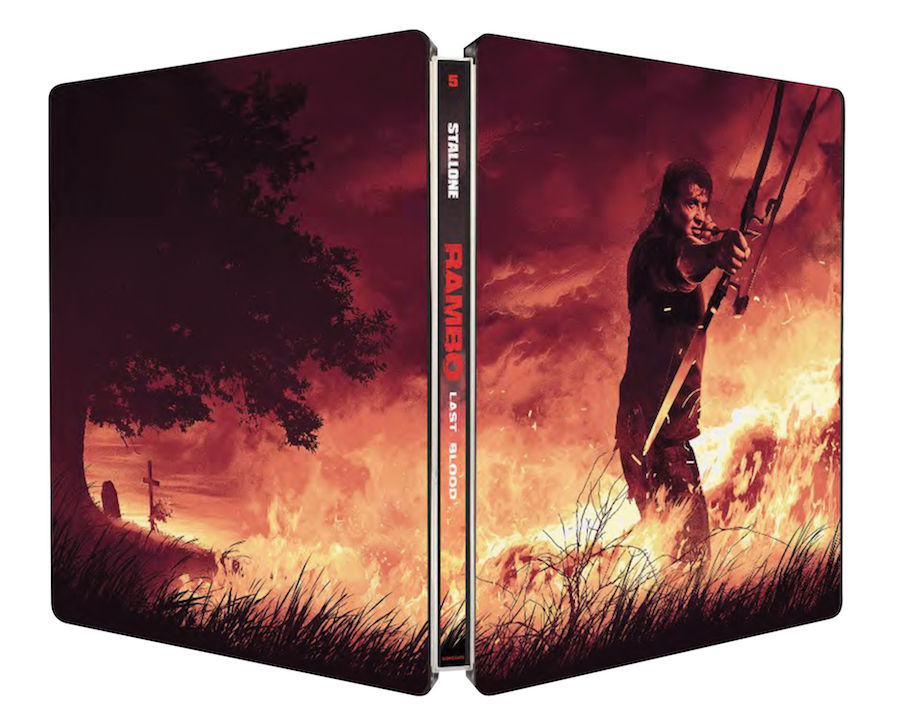 Rambo: Last Blood — Pencils are the weapons of choice for John Guydo, who designed the artwork for Rambo: Last Blood. Guydo’s love of comic book culture informs his process, which starts with pencils and moves to pen-and-ink markers before his art is converted to the digital format. His hybrid analog-to-digital style gives him a superior level of control, which he uses to maintain a keen amount of equal distance in his line work. On the Rambo: Last Blood cover, Guydo aims to show that while the cartel expects Rambo to fade into the sunset, Rambo’s passion for justice won’t be extinguished so easily.