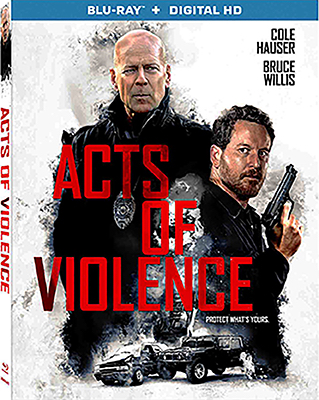 Lionsgate has slated the action-thriller Acts of Violence for a Blu-ray, DVD and Digital HD release March 27. The film is currently available through on-demand channels.

The film stars Cole Hauser, Bruce Willis, Sophia Bush, Ashton Holmes, Shawn Ashmore and Mike Epps in the story of a man who recruits a team to rescue his fiancée from human traffickers.

The Blu-ray and DVD will include a director’s commentary, making-of featurette, and cast and crew interviews.