The partnership will give Airtel customers access to a Lionsgate feature film content, which will be available on Airtel Xstream app and web platforms. Airtel Xstream app has a catalog of more than 10,000 movies and shows along with 400 TV channels.

The content will be available in multiple Indian languages and spread across the horror, comedy, drama, action, thriller, documentary and other genres. 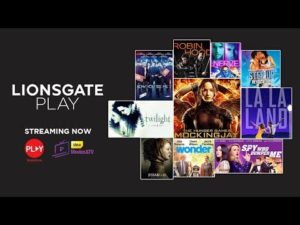 In addition, Airtel subs will have access to recent movies, American Assassin, Robin Hood, The Spy Who Dumped Me, A Simple Favor, Saban’s Power Rangers as well as library titles such as Divergent, Now You See Me 2, Gods of Egypt, Letters To Juliet and Reservoir Dogs.

“Our mission is to make Airtel Xstream the most loved digital entertainment platform in India and enable best-in-class experience across a range of connected devices and applications,” Adarsh Nair, chief product officer, Bharti Airtel, said in a statement.

Nair said the deal underscores the telecom’s strategy to forge long-term strategic partnerships with the top content producers from around the world.

“This is another major step forward in bringing an exciting and unique content experience to our Indian audience,” Jain said.