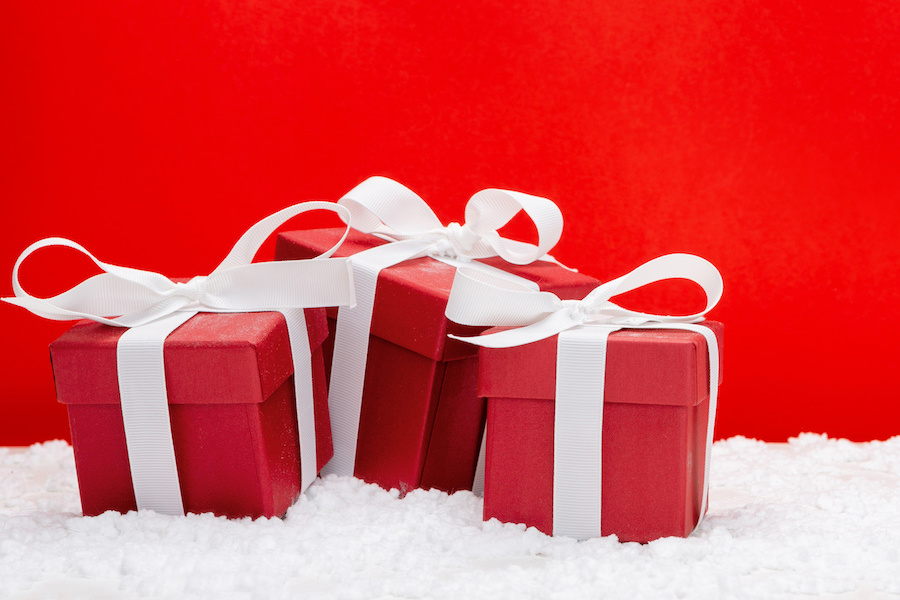 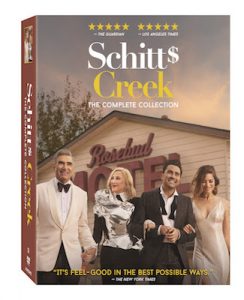 The show received 19 Emmy nominations during its run, with 15 for its sixth season, setting a record for most nominations for a comedy series in its final season. At the 2020 ceremony, “Schitt’s Creek” became the first Canadian show to win the Emmy for Outstanding Comedy Series, for its sixth and final season. In doing so, it also became the first ongoing series to sweep all four acting categories — Eugene Levy for Outstanding Lead Actor in a Comedy Series, Catherine O’Hara for Lead Actress, Daniel Levy for Supporting Actor, and Annie Murphy for Supporting Actress — plus the awards for writing and directing, en route to nine total wins (it also won for casting and con-temporary costumes).

DVD special features include deleted scenes, bloopers, featurettes, outtakes, “Behind the Episode” segments, and the documentary “A Schitt’s Creek Farewell.”

The 1990 sci-fi classic comes out on 4K Ultra HD Blu-ray for the first time in celebration of the film’s 30th anniversary. The three-disc combo pack will include the film on both 4K and standard Blu-ray, plus a Blu-ray of additional bonus material. 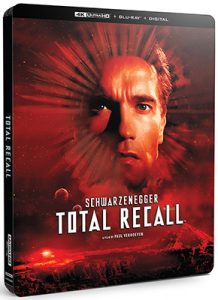 Directed by Paul Verhoeven and inspired by the Philip K. Dick short story “We Can Remember It for You Wholesale,” the film stars Arnold Schwarzenegger as a construction worker on Earth in 2084 whose memory implant of a vacation to Mars awakens the dormant personality of a secret agent involved with revolutionary forces on the red planet. The cast also includes Rachel Ticotin, Michael  Ironside, Sharon Stone and Ronny Cox.

The film has been restored by StudioCanal in 4K from a scan of the original 35 mm negative. Supervised by Verhoeven, the restoration crew paid particularly high attention to preserving special-effects continuity. Total Recall was one of the earliest films to use computer-generated images for visual effects, winning a Special Achievement Oscar.

Remastered in 4K and featuring never-before-seen deleted scenes, this is Babbit’s definitive director’s cut and original vision of the film.

“I uncovered some amazing lost scenes that I wasn’t able to include in the original film and am so happy to see them added back into this cut. This film is so special to me and I can’t wait for everyone to fall in love with it all over again,” said Babbit. 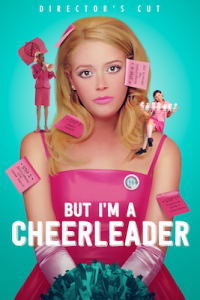 This whimsically edgy comedy follows teenager Megan (Lyonne), whose suburban existence ﬁlled with friends, cheerleading, and all-American fun is upended when her straight-laced parents suspect she may be a lesbian. In a panic, they send her to True Directions, a “rehabilitation” camp run by the strict and prudish Mary (Moriarty), to mount an intervention led by counselor Mike (RuPaul Charles). Megan dutifully follows the program — until she develops feelings for another camper (DuVall) in this timeless, satirical romantic-comedy about self-acceptance and love.