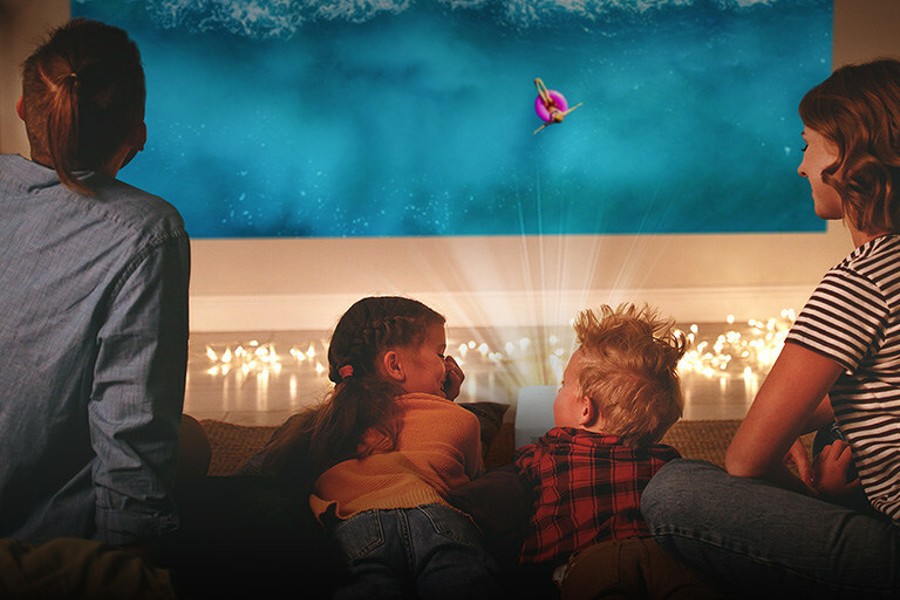 The Smart Portable Projector presents a range of display sizes from a 30-inch up to a 120-inch display.

The PF510Q is designed to be easy to carry from room to room or on the go and presents a range of HD resolution display sizes from 30 inches up to 120 inches, allowing users to watch movies or play video games whether they’re in a small dorm room or watching a movie in their backyard. The device’s “auto vertical keystone” feature adjusts the vertical alignment, eliminating tilts and distortion for crisper views.

Content can be wirelessly casted from Android devices to the projector screen using integrated Screenshare.

The projector’s Bluetooth Audio Dual Out feature enables the user to customize their listening preferences — whether pairing two Bluetooth devices to watch with a friend or amplifying a movie with two external speakers.