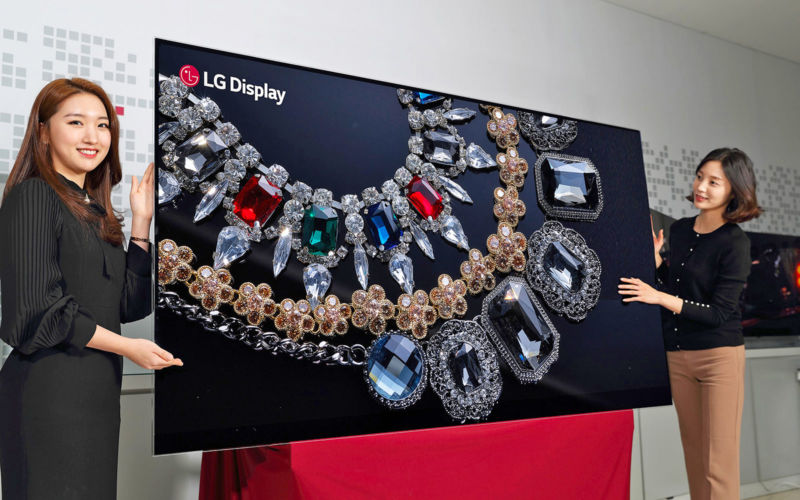 Bigger — especially hype — is better when it comes to the annual Consumer Electronics Show taking place Jan. 9-12 in Las Vegas.

“OLED is clearly a next-generation technology leader and for this reason, LG Display is accelerating its research and development into OLED so that we can provide differentiated products to customers and markets,” CTO In-Byung Kang said in a statement.

LG says the OLED TV display maintains a slim design without requiring excessive backlighting. The company noted LCD displays with 8K resolution inevitably get heavier and thicker because backlight units need to be placed directly behind the panels to achieve the same level of brightness and picture quality as 4K displays — the current top resolution.

OLED displays, however, are superior for higher resolution due to lower aperture ratios — the area that light can pass through as it is not covered by the black matrix and the wiring portion (electric circuit) in the entire area of the pixel.