The Blu-ray Combo Pack and DVD versions will include a Lego mini-figure of Green Lantern Jessica Cruz while supplies last.

The film features Aquaman leaving Atlantis to reunite with the Justice League in order to find a way to save his kingdom from Atrocitus and the Red Lanterns. 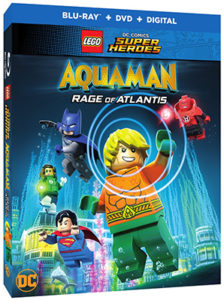