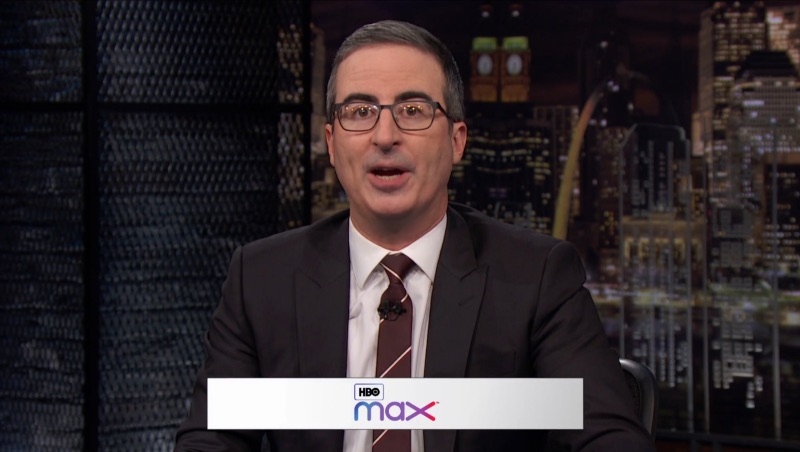 British comic John Oliver has never shied away from calling out perceived hypocrisy within corporate America, social media and politics — even if it includes his network employer.

His weekly satirical look at events and newsmakers has made HBO’s “Last Week Tonight with John Oliver” a critical success at industry awards, including winning multiple Primetime Emmy Awards.

On the Oct. 13 broadcast, Oliver included a segment on the NBA’s political entanglement with China and issues involving pro-democracy forces in the semi-autonomous Chinese region of Hong Kong. 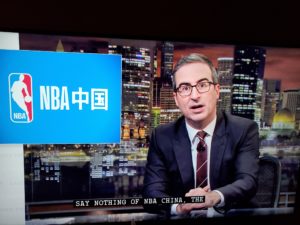 Specifically, the NBA has recently found itself in hot water with China after the GM of the Houston Rockets “liked” a social media tweet, “Fight for Freedom. Stand with Hong Kong,” indicating solidarity with the protestors.

In response, Chinese media announced it would not air or stream NBA games in the quasi-Communist country, and two major retailers pulled Rockets apparel from store shelves.

Significant moves considering the NBA has business deals worth upwards of $4 billion in the Peoples Republic.

Oliver then showed a corny clip of NBA stars celebrating the Chinese New Year with the following retort: “There’s just nothing more cringeworthy  than watching someone forced to engage in promotional bullshit to appease  the whims of their parent company.”

Oliver then spun his chair 45 degrees, and with a glazed look in a monotone voice recited a PR plug for the pending subscription streaming video platform, HBO Max.

“Have you heard of HBO Max? Looking to add another app and monthly charge to watch things?,” Oliver deadpanned. “HBO Max has you covered. It’s going to have all your favorites: Reruns of ‘The Big Bang Theory,’ reruns of ‘Friends,’ reruns of ‘The Fresh Prince of Bel Air’. You can pay for all of those through HBO Max. HBO Max. It’s not HBO. It’s just TV.”