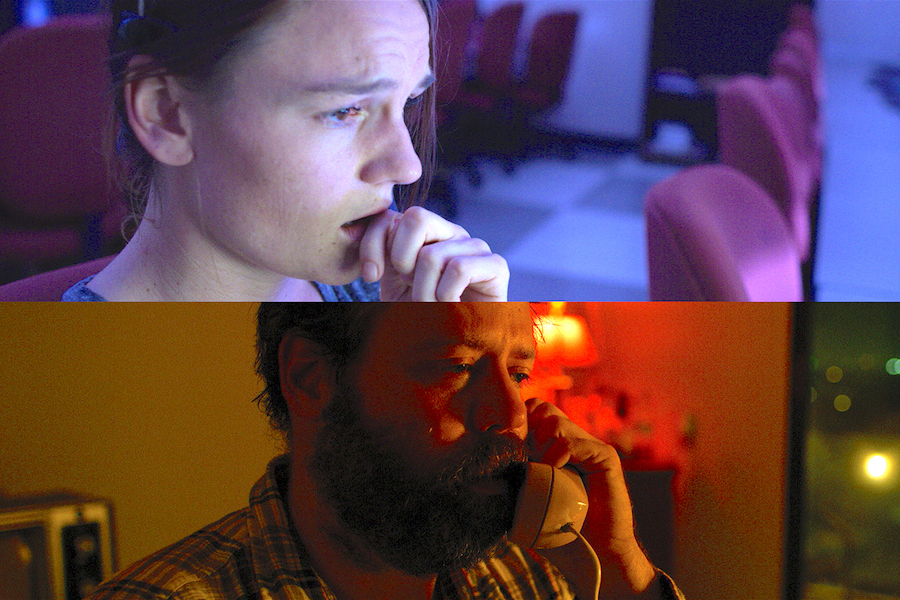 From director Gavin Michael Booth, the film tells the story of two strangers destined to intervene in each other’s lives after a misdial links them together forever. Beth (Sarah Booth) is a late-night janitor who accidentally answers a call from Scott (Daved Wilkins) who believes he has dialed a suicide prevention hotline. The film presents both ends of a harrowing phone call that has Beth navigating a life-changing conversation as she attempts to aide Scott within her limited means.

A split screen real-time feature film, the entire movie is comprised of two single-take shots, merged together and without cuts as the film plays out with two camera crews in different parts of a city as we follow each character through their happenstance encounter. The score for the film was also composed and recorded in real-time by Adrian Ellis to add to the aesthetic.