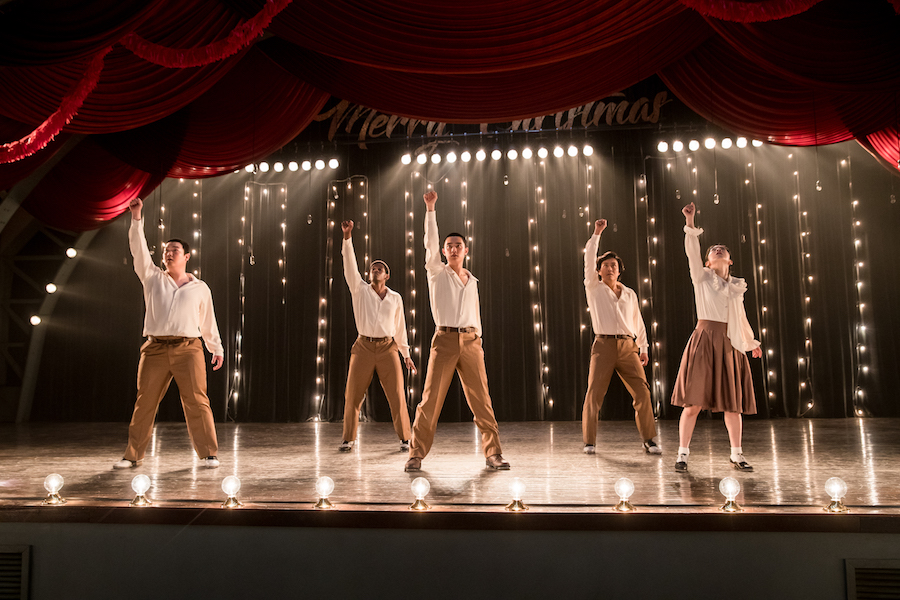 In the film set during the Korean War, the soldiers at a POW camp plan a tap show to distract both themselves and the prisoners from the hardships of war. Led by a former Broadway dancer and a rebellious North Korean soldier, the band of prisoners finds a new sense of freedom in dancing. Music in the film includes “Shout” (The Isley Brothers) “Modern Love” (David Bowie) “Sing Sing Sing” (Benny Goodman) and “Free as a Bird” (The Beatles).