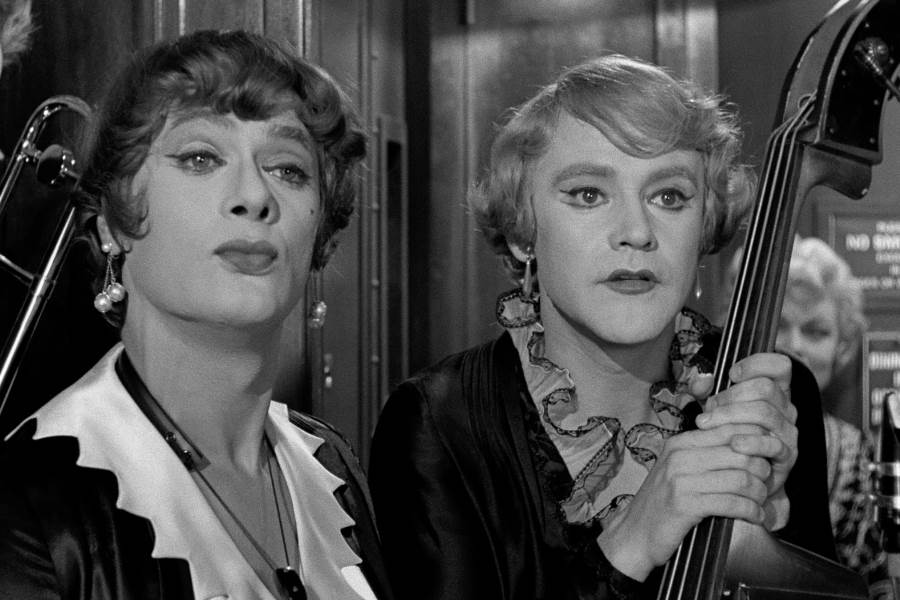 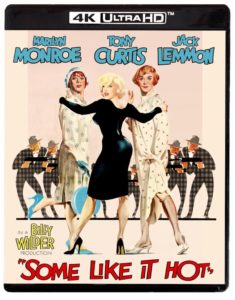 Kino Lorber on Jan. 18 will release the 1959 comedy classic Some Like It Hot, with Marilyn Monroe, Jack Lemmon and Tony Curtis, on 4K Ultra HD Blu-ray.

The film, directed by Billy Wilder, will be issued under the indie’s Kino Lorber Studio Classics line.

In the film, Chicago musicians Joe (Curtis) and Jerry (Lemmon) accidentally witness a gangland shooting. They quickly board a southbound train to Florida, disguised as Josephine and Daphne, the two newest — and homeliest — members of an all-female jazz band. Their cover is perfect, until a lovelorn singer falls for Josephine, an ancient playboy falls for Daphne, and a mob boss refuses to fall for their hoax.

Bonus features on the two-disc 4K UHD release include a new audio commentary by film historian Joseph McBride, the author of Billy Wilder: Dancing on the Edge; another audio commentary by Paul Diamond (son of I.A.L. Diamond) and screenwriters Lowell Ganz and Babaloo Mandel; and several documentaries, including featurettes on the making of the film, its legacy, and memories from members of the female jazz band, the Sweet Sues.