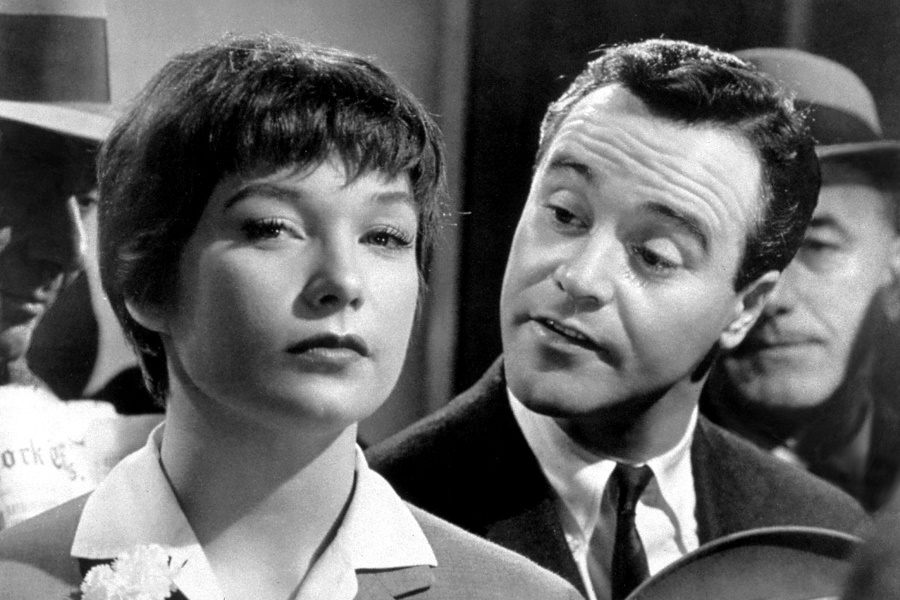 Kino Lorber is rolling out another classic film on 4K Ultra HD Blu-ray, this time Billy Wilder’s 1960 comedy-drama The Apartment.

The film will be released on March 8 and also be available on regular Blu-ray Disc. 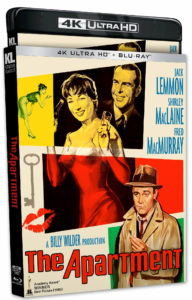 Lemmon plays C.C. “Bud” Baxter, an ambitious young employee who provides his apartment as the perfect hideaway for philandering bosses. But when Bud lends the key to big boss J.D. Sheldrake (MacMurray), he not only advances his career, but his own love life as well. Sheldrake’s mistress is the lovely Fran Kubilek (MacLaine), elevator girl and angel of Bud’s dreams. Convinced that he is the only man for Fran, Bud must make the most important executive decision of his career: lose the girl — or his job.

Bonus features on both the 4K Ultra HD Blu-ray and regular Blu-ray Disc include a new audio commentary by film historian Joseph McBride, author of Billy Wilder: Dancing on the Edge; a previously issued audio commentary by film historian Bruce Block; the half-hour documentary  “Inside The Apartment”; and the featurette “Magic Time: The Art of Jack Lemmon.”