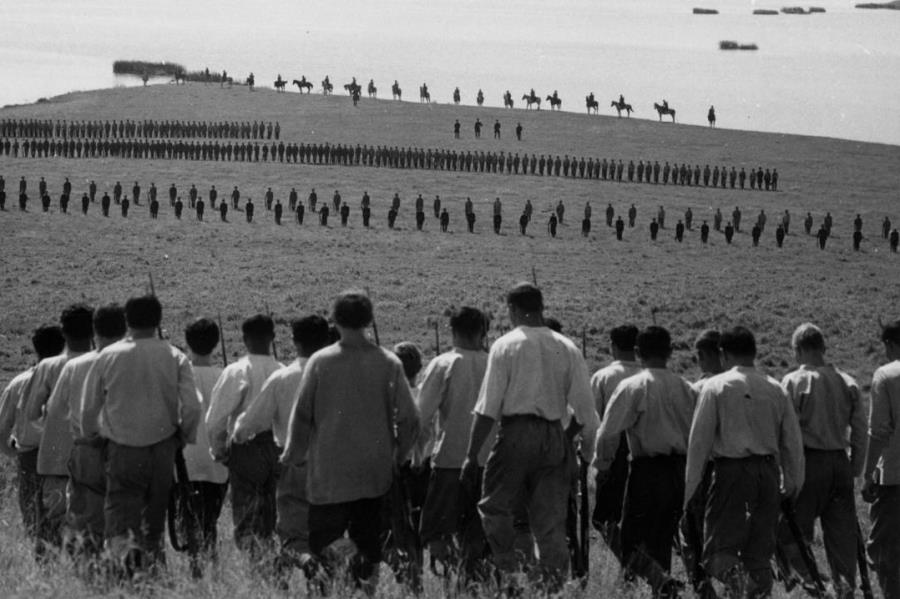 The Red and The White

The “Miklós Jancsó Collection” consists of The Round-Up, The Red and The White, The Confrontation, Winder Wind, Red Psalm, and Electra, My Love. All films have been restored in 4K from their original camera negatives by the National Film Institute Hungary — Film Archive.

The collection will be available for digital rental or purchase through Kino Now. The Round-Up and The Red and The White also will be available on major third-party digital platforms including Vudu, Amazon, Apple TV and Google Play.

The films will be available to own or rent early, at a premium VOD price, on March 8.

Jancsó was the creator of a unique film language centered around his mastery of the tracking shot. The first internationally recognized representative of modern Hungarian filmmaking, his  works examined oppressive authority and the mechanics of power. The Round-Up (1966) depicts a prison camp in the aftermath of the 1848 Hungarian Revolution. A true classic of world cinema. The Red and The White (1967) is a haunting, powerful film about the absurdity and evil of war set in Central Russia during the Civil War of 1918. The Confrontation (1968) is a story of protest and rebellion set in 1947 Hungary, when the Communist Party has just taken power. Winter Wind (1969) consists of 12 fluid long takes that capture a mid-1930s group of Croatian anarchists. Red Psalm (1971) follows a group of farm workers who go on strike in 1890s Hungary, for which Jancsó won the best director prize at Cannes. And Electra, My Love (1974) is a richly inventive adaptation of the Greek myth that consists of 12 single-take, intricately choreographed set pieces.