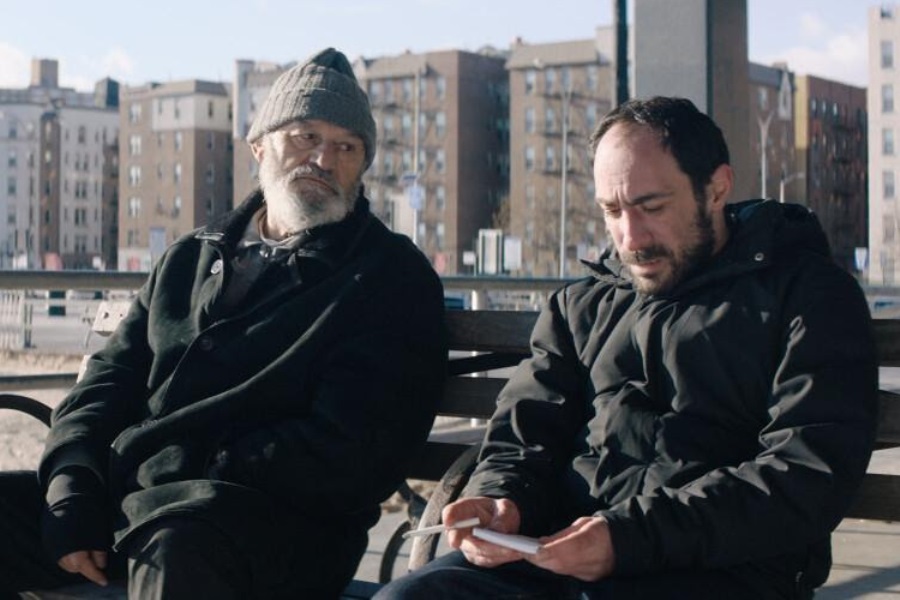 The film, the country of Georgia’s official submission to the 94th Academy Awards, was shot by Oscar-nominated cinematographer Phedon Papamichael and set within the Georgian emigré community of Brighton Beach, Brooklyn. Brighton 4th received its world premiere at the 2021 Tribeca Festival, where it won three major awards in international competition — Best Film, Best Actor and Best Screenplay. The film also recently won the award for Best Film at the inaugural edition of the Red Sea International Film Festival.

The film will be available on such platforms as Apple TV, Amazon, Vudu, Google Play and Kino Now. It is available now to rent or own early on Kino Now, at a premium price.

In the film, former wrestler Kakhi (played by real-life Olympic champion Levan Tediashvili) embarks on a journey from his home in Tbilisi to visit his son Soso (Giorgi Tabidze) in the Russian-speaking neighborhood of Brighton Beach, Brooklyn. There, he finds Soso living in a shabby boarding house populated by a colorful group of fellow Georgian immigrants (like most in the cast, played by non-actors). Soso is not studying medicine, as Kakhi believed, but is working for a moving company and has accrued a $14,000 gambling debt to a local Russian mob boss. Kakhi sets his mind to helping his hapless son out of his debt, leading to situations as often absurd as they are dire.