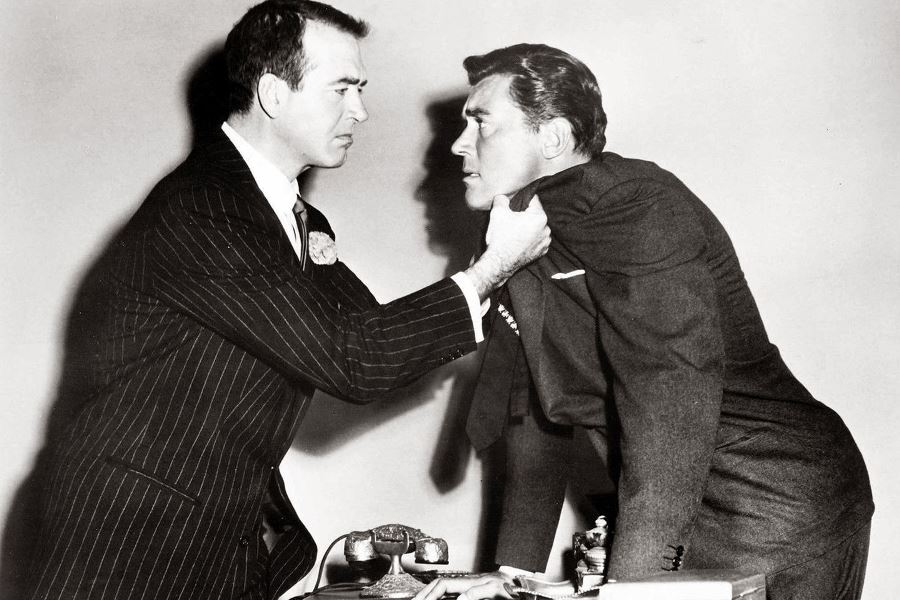 Kino Lorber on June 7 will release its seventh and latest collection of vintage black-and-white film noir movies as Film Noir: The Dark Side of Cinema VII.

The Blu-ray Disc set includes The Boss, Chicago Confidential and The Fearmakers, and carries a suggested retail price of $49.95. 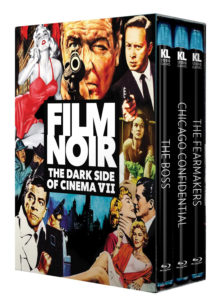 In 1956’s The Boss, ruthless World War I veteran Matt Brady (John Payne) inherits the clout of his political kingpin brother and climbs the ladder of corruption all the way to the top of the state. His amoral practices and sheer arrogance lead to broken friendships (William Bishop) and romances (model-turned-actress Doe Avedon and Gloria McGehee) along the way. Based on the real-life scandal of Kansas City politico Tom Pendergast, The Boss was directed by Byron Haskin and written by  Dalton Trumbo, although it was originally uncredited due to Hollywood’s blacklisting.

Chicago Confidential, from 1957, finds Brian Keith battling corruption as hard-nosed State’s Attorney Jim Fremont. When union crooks in collaboration with a gambling syndicate try to pin a murder rap on uncooperative union leader Blane (Dick Foran), Fremont smells a set-up. Together with his co-worker fiancée Laura (Beverly Garland), he launches an investigation to prove Blane’s innocence and to punish the true villains. Chicago Confidential was directed by Sidney Salkow from the bestselling pulp novel by Jack Lait and Lee Mortimer.

The Fearmakers, a 1958 film directed by Jacques Tourneur, is a potent parable about the power of people who control our ideas. Dana Andrews stars as Alan Eaton, a Korean War veteran who returns home after being tortured and brainwashed as a P.O.W. and resumes work at a public relations firm in Washington, D.C. He finds that things aren’t quite as he left them, as he uncovers a hotbed of political manipulation that ensnares him in a web of suspicion. The film also stars Dick Foran, Marilee Earle and Mel Tormé.

All three films are from brand-new 2K masters. The Blu-ray Disc boxed set from Kino Lorber includes new audio commentaries for The Boss (from author and film historian Alan K. Rode) and The Fearmakers (from film scholar Jason A. Ney).