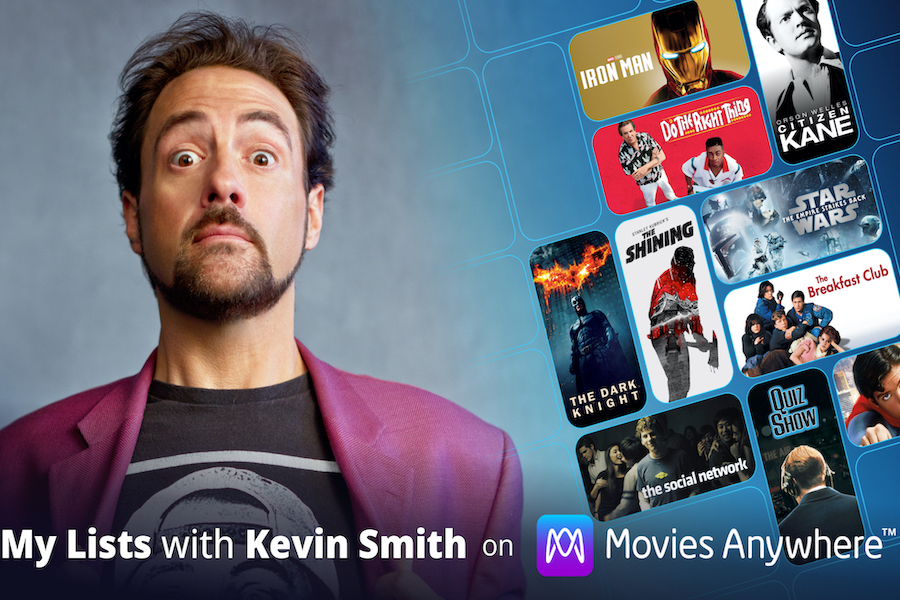 Filmmaker Kevin Smith is helping to promote the “My Lists” feature on the cloud-based movie locker service Movies Anywhere.

Smith used the feature to unveil his ultimate movie lists across four categories, choosing from more than 8,000 movies in the Movie Anywhere catalog. Smith’s personal lists are:

His lists are featured exclusively on the service with video commentary on why he chose each movie and the impact these films had on him as a passionate cinephile and movie collector.

It’s not the first time Movies Anywhere has worked with the filmmaker. In April, he created a list of 18 movies that were his “greatest inspirations of all time.”

Movies Anywhere launched the “My Lists” feature in August. It allows all users to personalize their movie collections. Users can get an organized list via AI, machine learning, and a special algorithm that auto-generates lists specifically for each user, based on the user’s unique viewing and purchasing behavior. Suggested lists are developed by genres, people, franchises, or themes utilizing user movie watching and purchasing habits. “My Lists” is also customizable and users can create their own or tweak the auto-generated lists to better suit their needs.