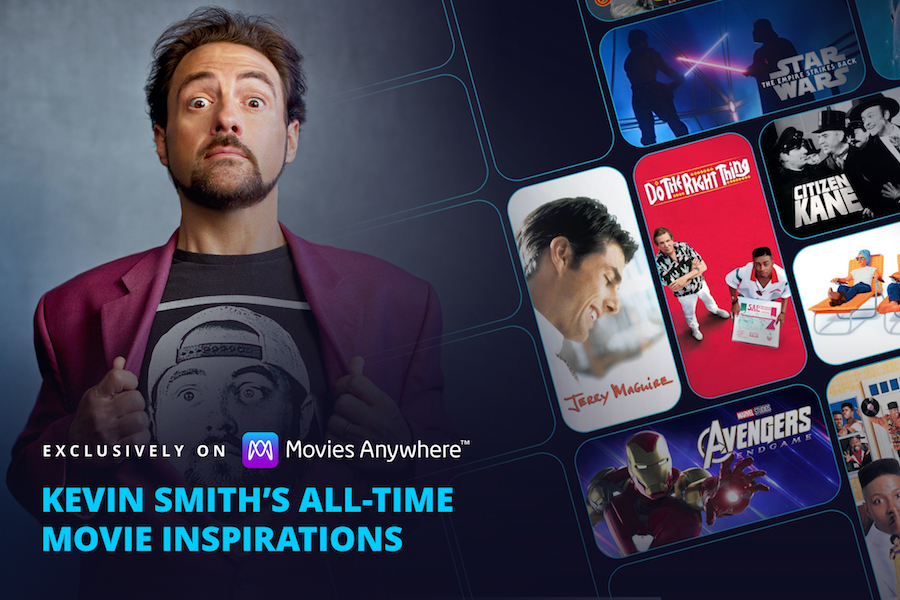 As part of a promotion, Movies Anywhere worked with filmmaker and cinephile Kevin Smith to create, exclusively for Movies Anywhere, a list of 18 of his “greatest inspirations of all time.”

From April 6-12, fans who purchase one film from Kevin Smith’s greatest inspiration list — or from more than 8,000 Movies Anywhere-eligible movies — will be able to choose a bonus movie to add to their collection. Sony Pictures Entertainment, Universal Pictures Home Entertainment (including DreamWorks and Illumination Entertainment), The Walt Disney Studios (including Disney, Pixar, 20th Century Studios, Marvel Studios and Lucasfilm), and Warner Bros. Entertainment are all participating.

Users have until April 26 to redeem the code that allows them to choose their bonus movie.

Each of the promotion’s bonus movies is Screen Pass-eligible on Movies Anywhere, which means users can give someone access to their bonus movie without it ever leaving their account.