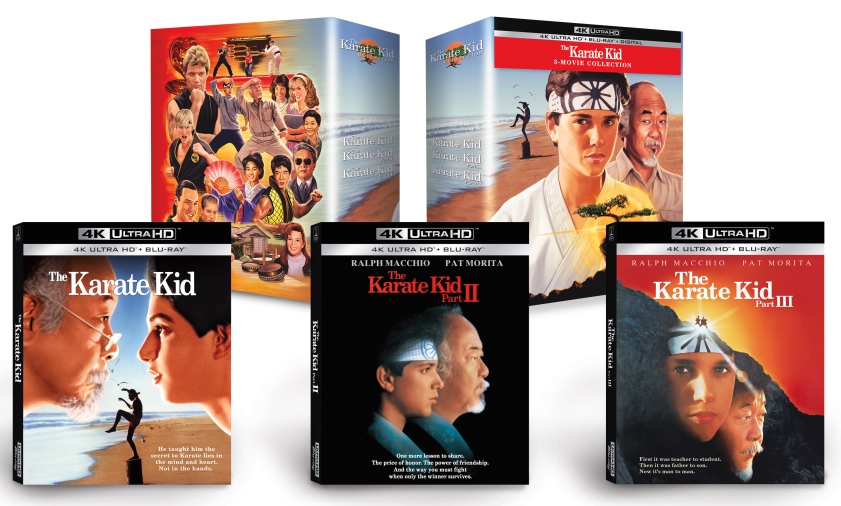 The three martial arts dramas will be issued in a collectible, limited-edition 4K Ultra HD set, featuring Dolby Vision and Dolby Atmos, plus a selection of new special features. All films have been mastered in 4K resolution from the original camera negatives.

The Karate Kid Part II was released theatrically two years later, in 1986, and finds Miyagi returning with Daniel to his Okinawa home for the first time in 45 years. There, he encounters Yukie (Nobu McCarthy), the woman he left behind when he emigrated to America.

The second film in the series comes with a deleted scene and commentary with Macchio and Tamlyn Tomita.

The Karate Kid Part III, released in 1989, finds Daniel in danger of losing it all when he places pride before principle.