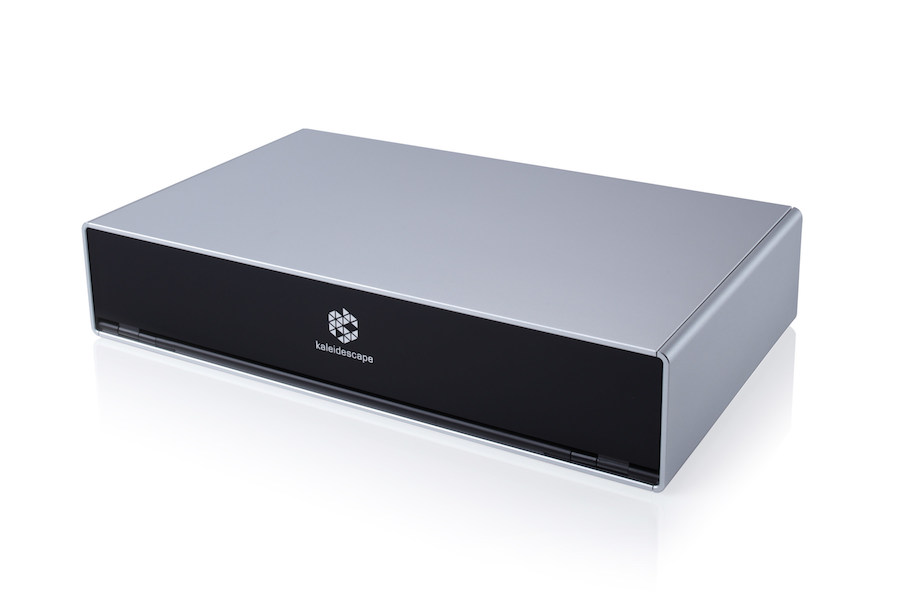 The server carries a suggested retail price of $23,995.

“The Kaleidescape Terra 72 is the largest 4K movie server we have developed to date, designed specifically for customers looking to move from disc to digital or increase their collection through our award-winning movie store,” Tayloe Stansbury, CEO of Kaleidescape, said in a statement. “The new offering can store nearly 1,200 high fidelity 4K UHD movies in unrivaled quality, delivering faster download speeds and a seamless playback experience for the ultimate movie collector.”

With the power to download feature-length 4K movies in as little as 10 minutes on a gigabit internet connection, the Terra 72 can also download content while supporting playback on multiple Strato players, according to the company. The foundation for a multi-room Kaleidescape Strato system, the Terra 72 movie server can support any number of Strato C players and serve up to 10 simultaneous 4K UHD playbacks, according to Kaleidescape.

The Kaleidescape movie store has the largest collection of 4K titles available and boasts more than 12,000 titles for purchase and more than 8,000 for rent, according to the company. Users can rent or download movies in reference quality 4K HDR with lossless Dolby Atmos and DTS-X audio, surpassing even 4K UHD discs in both convenience and quality by going beyond optical disc capacity and bit rate limits, according to the company. Kaleidescape also offers nearly 400 4K UHD titles not available on Blu-ray Disc.

The Terra 72 movie server stores high-fidelity movies on an array of hard drives and is designed to continue operating even if a hard drive fails. When the failed drive is replaced, its movies are automatically restored from the cloud. In addition to storing movies, Terra 72 provides caching, staging and computing services that improve player performance. The Terra is also available with either 24TB or the recently announced 48TB capacity, and multiple Terras can be combined for more storage.