Streamers on HBO Max have same-day access to Dune as part of WarnerMedia’s strategy releasing all theatrical titles in 2021 on the SVOD platform along with their theatrical debut.

Among TV series, Hulu comedy “Only Murders in the Building,” topped all episodic programming, while Netflix’s “Cowboy Bebop” and “Ghosts” on Paramount+ filled out the podium. 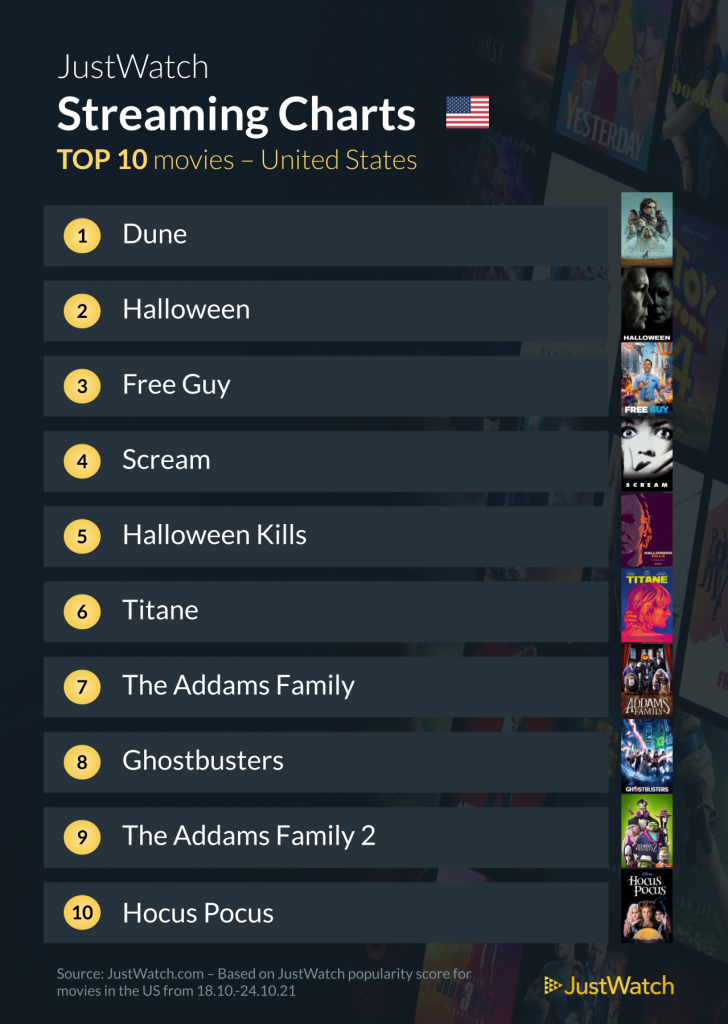 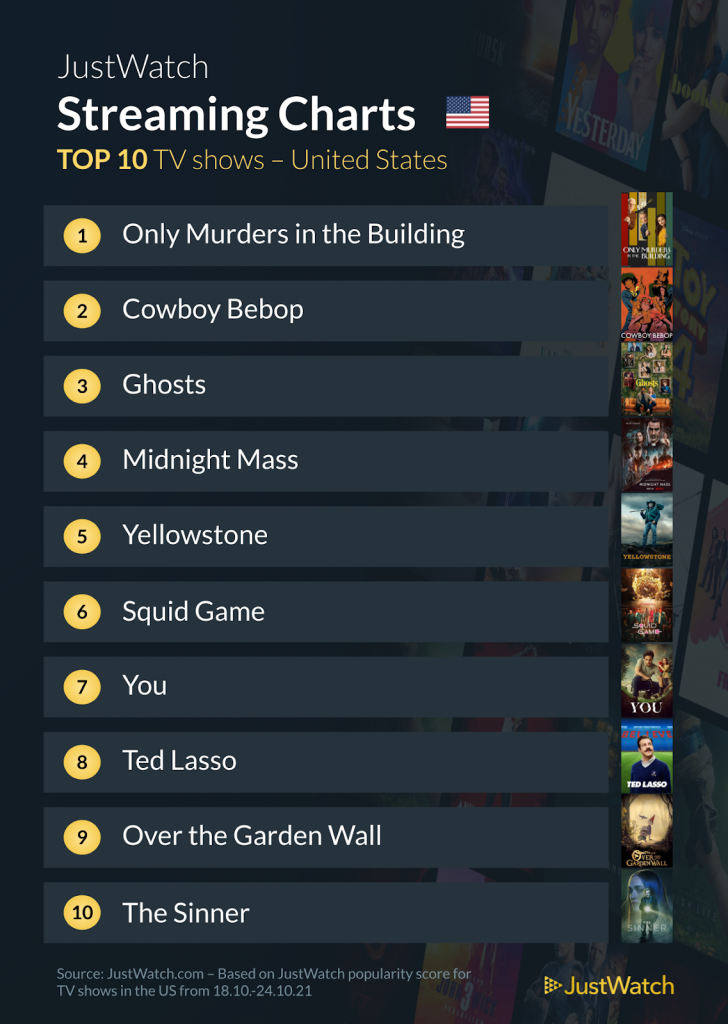