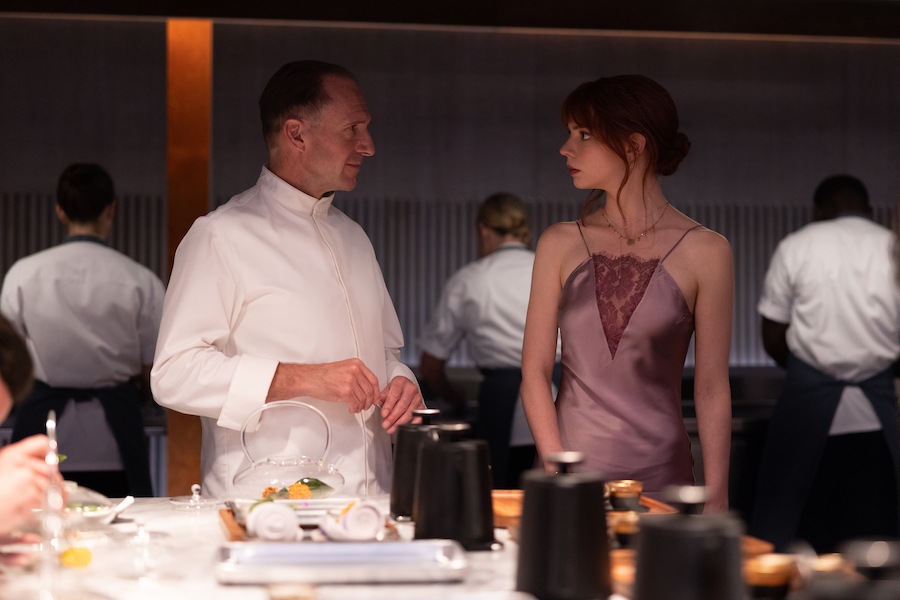 Black comedy The Menu may have been snubbed by the Oscars, but the Golden Globe-winning movie, co-starring Ralph Fiennes and Anya Taylor-Joy, resonated with consumers as the most-streamed movie for the week ended Jan. 22, according to new data from JustWatch,  which tracks the streaming video habits of 20 million users across 59 markets, including the U.S.

Menu beat out Oscar-nominated and perennial chart topper Everything, Everywhere All at Once (Paramount+, Prime Video, Showtime), the original 2019 Knives Out movie (Hulu) and fellow Oscar nominated The Banshees of the Inisherin (HBO Max, Prime Video).

Among episodic programming, HBO Max’s “The Last of Us” knocked off longtime chart topper “Yellowstone,” reruns of “That 70’s Show,” and recent hits, “The White Lotus,” (HBO Max) “Wednesday” (Netflix) and “Your Honor” (Showtime). 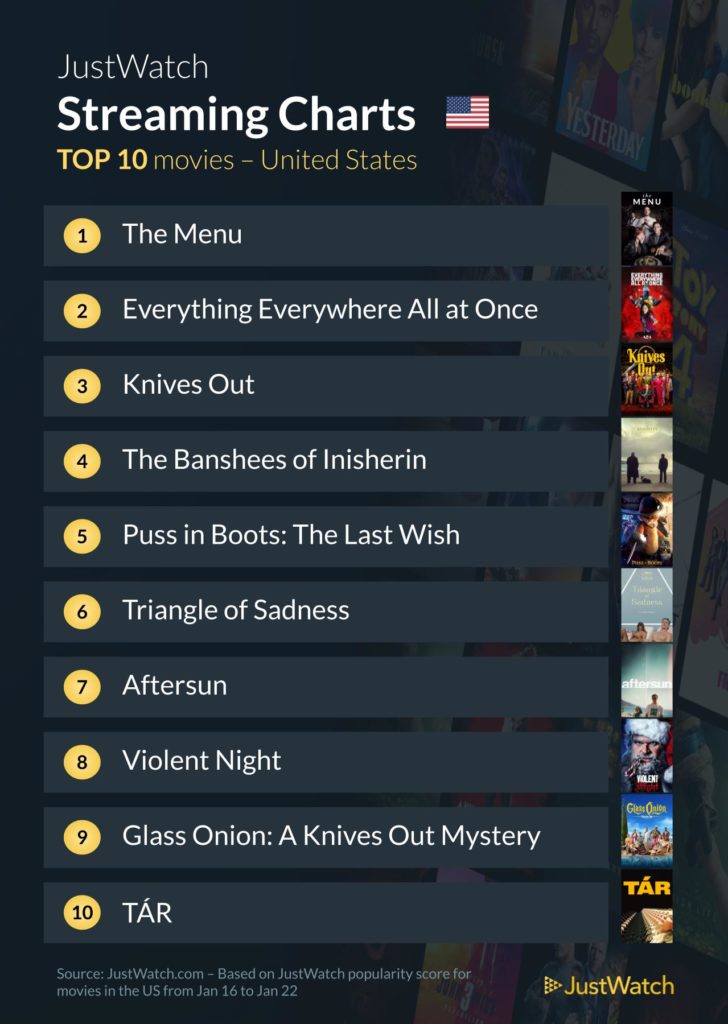 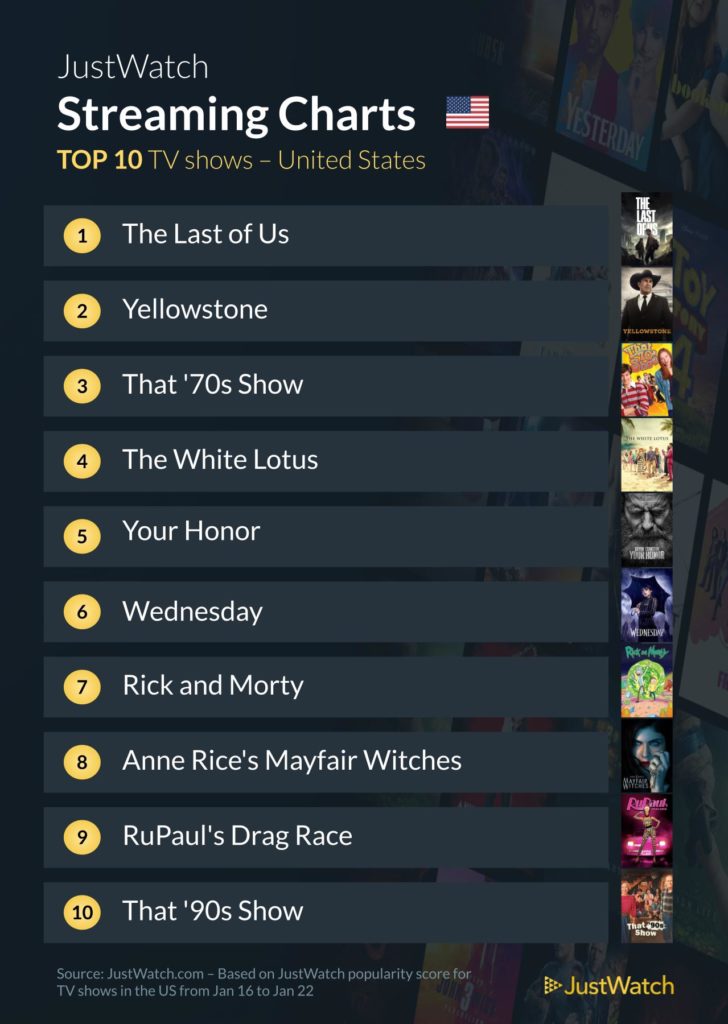