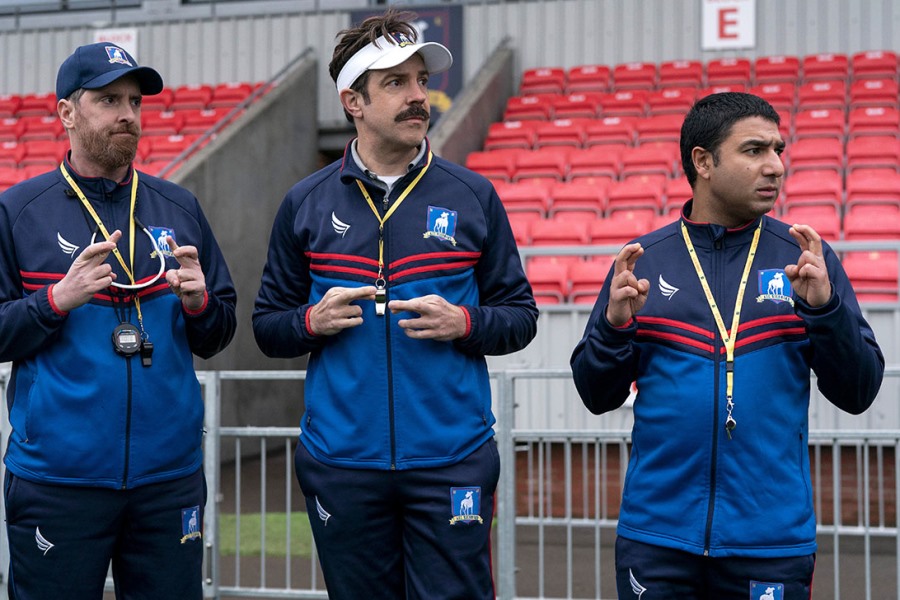 Apple may claim its branded subscription streaming service, Apple TV+, has less than 20 million subscribers, but that’s a big enough group to help drive the streamer’s original series “Ted Lasso” back atop JustWatch’s weekly chart of the most-streamed content.

Based on viewing habits of 20 million users per month across 54 countries, the international content guide said the comedy series in the week ended Sept. 26 topped the Netflix supernatural horror show “Midnight Mass” as well as the Hulu comedy “Only Murders in the Building.” “Ted Lasso” is about an American football coach (Jason Sudeikis) who gets recruited to coach a British professional soccer team. 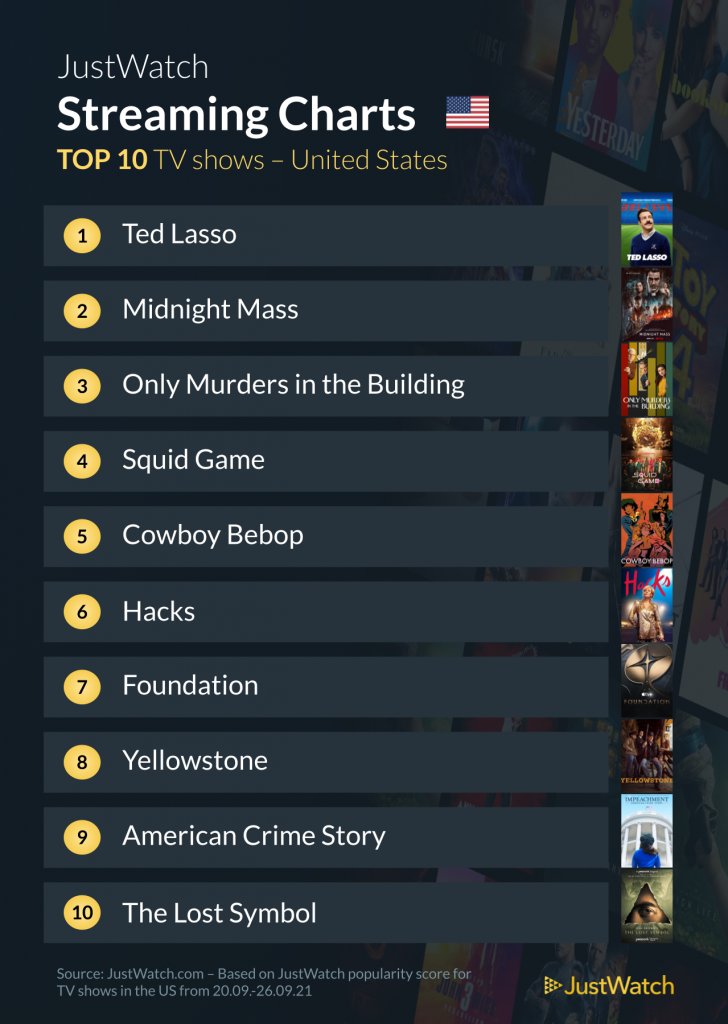 Among most-streamed movies, Sony Pictures’ 2018 action sci-fi adventure Venom ranked No. 1 as streamers apparently prepare for the sequel Venom: Let There Be Carnage, which will debut in theaters on Oct. 11. The movie was followed on the podium by Universal Pictures sequels Candyman and Halloween — the latter ahead of the Oct. 15 theatrical (and Peacock) debut of Halloween Kills. 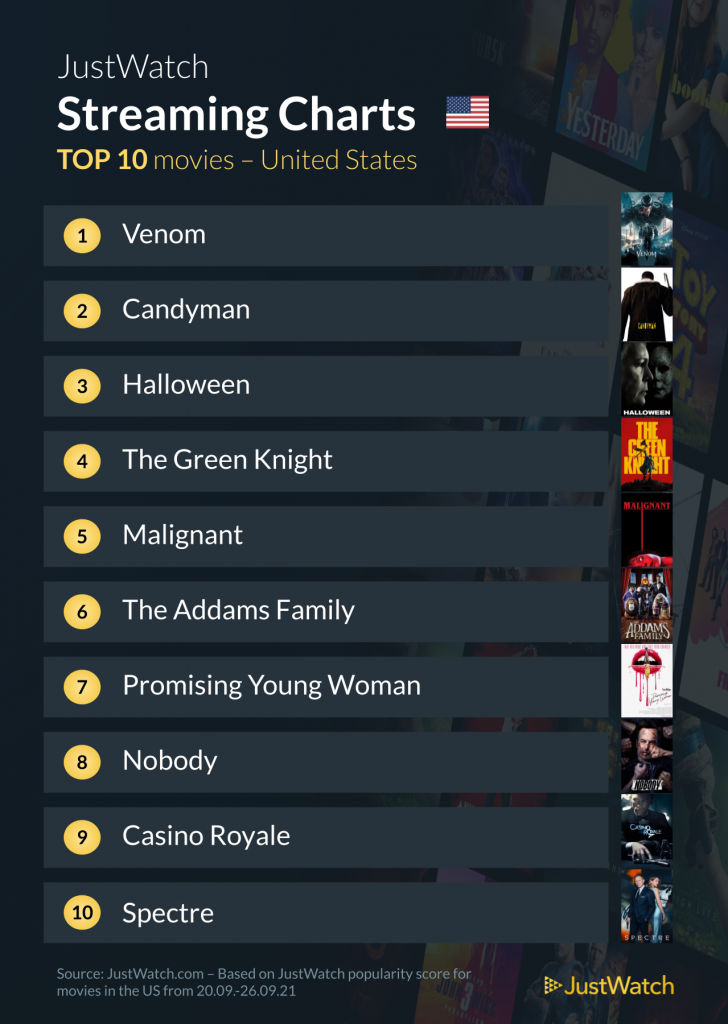