The Disney+ exclusive release of Hocus Pocus 2, more a spooky family comedy than outright horror, rounded out the podium, according to JustWatch, which tracks the SVOD streaming habits of 20 million users across 59 markets, including the United States.

The non-genre titles in the month’s top 10 included Paramount Pictures’ Top Gun: Maverick, A24’s Everything Everywhere All at Once and Focus Features’ The Northman. 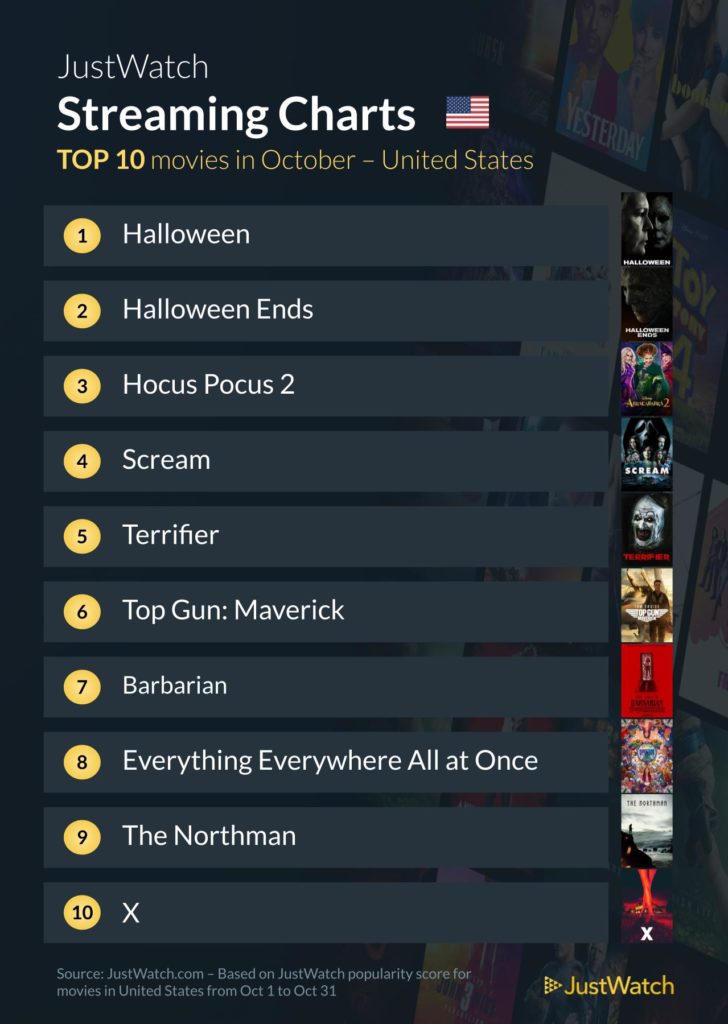 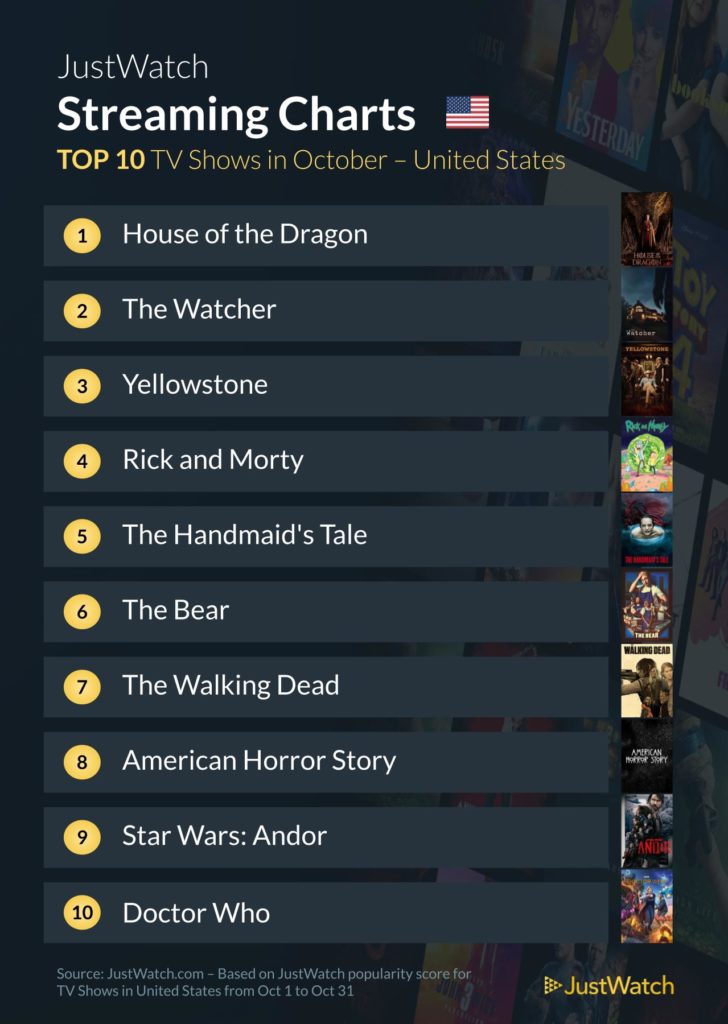