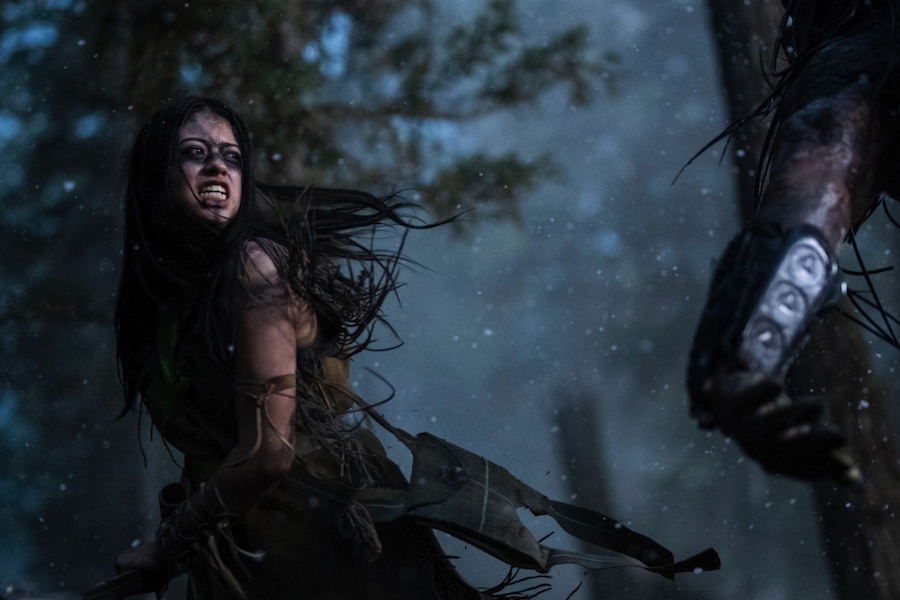 The success of Prey ended A24’s recent domination among feature films with Everything, Everywhere All at Once, which still finished as the No. 2 streamed movie, ahead of acclaimed indie film Licorice Pizza. 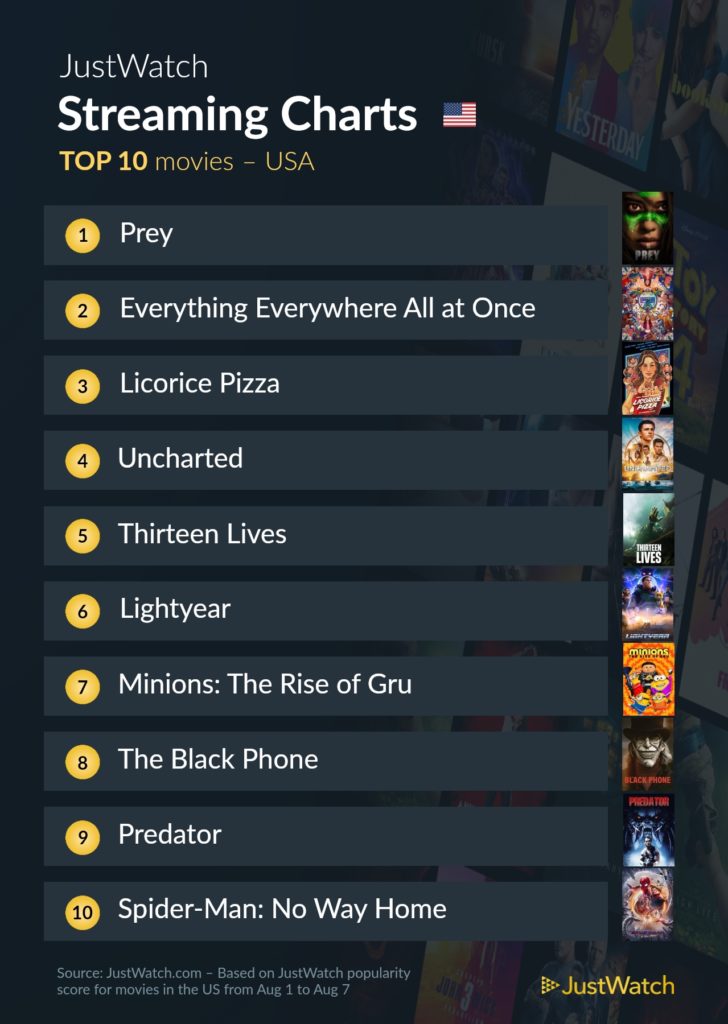 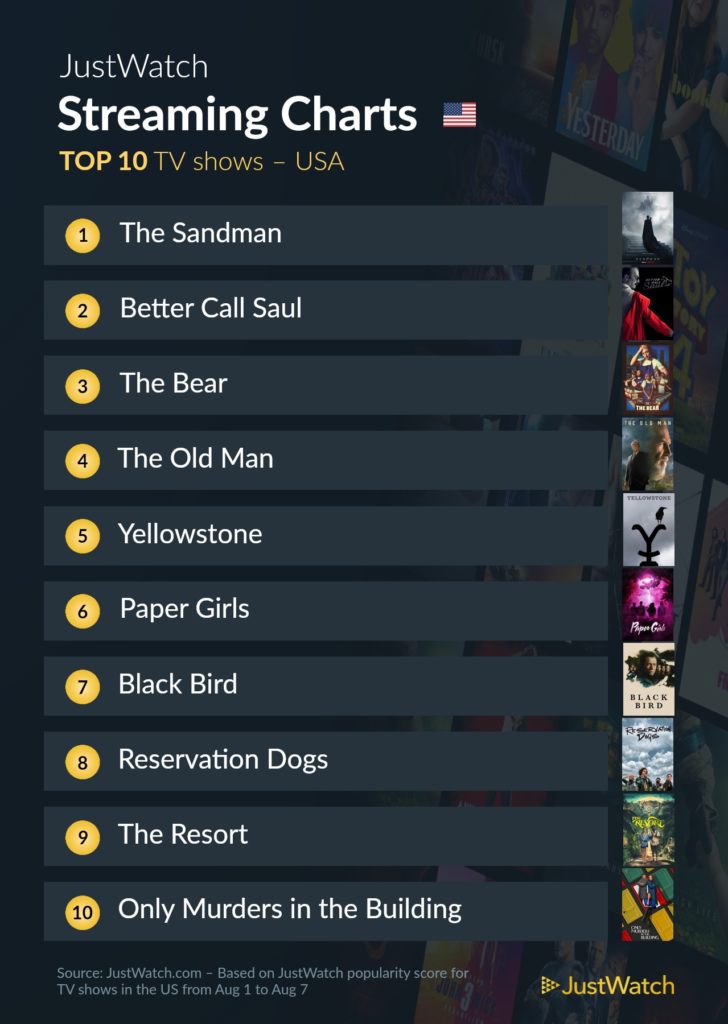