Netflix (barely) continued to top third-quarter (ended Sept. 30) market share in the U.S. among streaming services, according to new data from Berlin-based JustWatch, which tracks the SVOD streaming habits of 20 million users across 100 markets, including the United States.

Another 9% market share was attributed to other streaming services, including NBCUniversal’s Peacock. 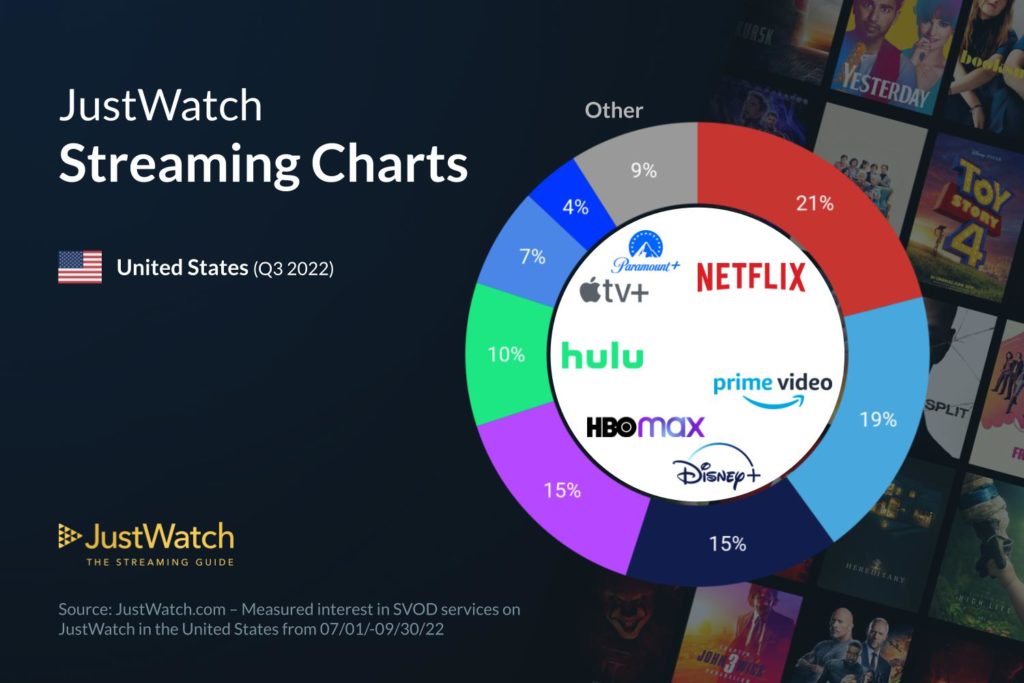 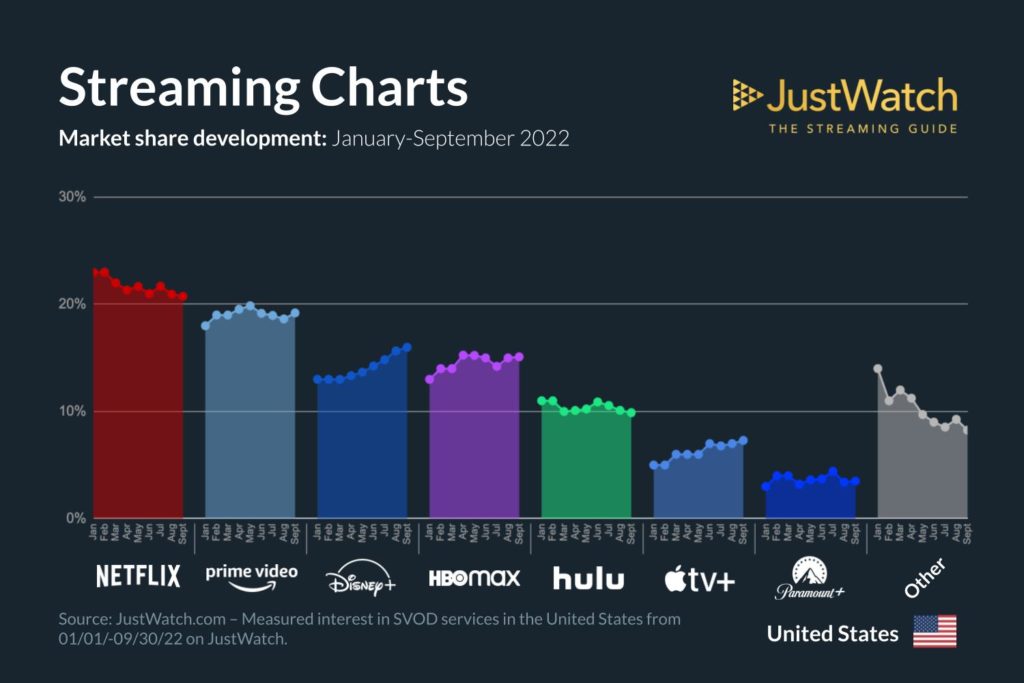