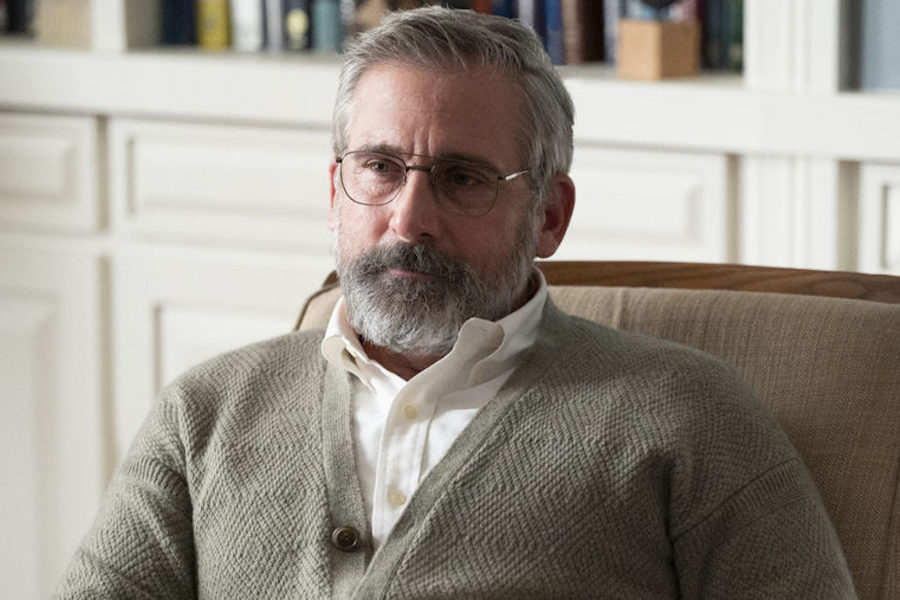 "The Patient" (Photo by Suzanne Tenner/FX)

Hulu/FX original series “The Patient” held off the premiere of Prime Video’s vaunted “The Lords of the Rings: The Rings of Power” to claim the No. 1 streaming spot for the week ended Sept. 4, according to new data from JustWatch. AMC+’s “Better Call Saul” filled out the last podium spot. HBO Max’s highly touted “House of the Dragon” saw viewer decline, with the second episode falling to No. 4 from the No. 1 spot last week. 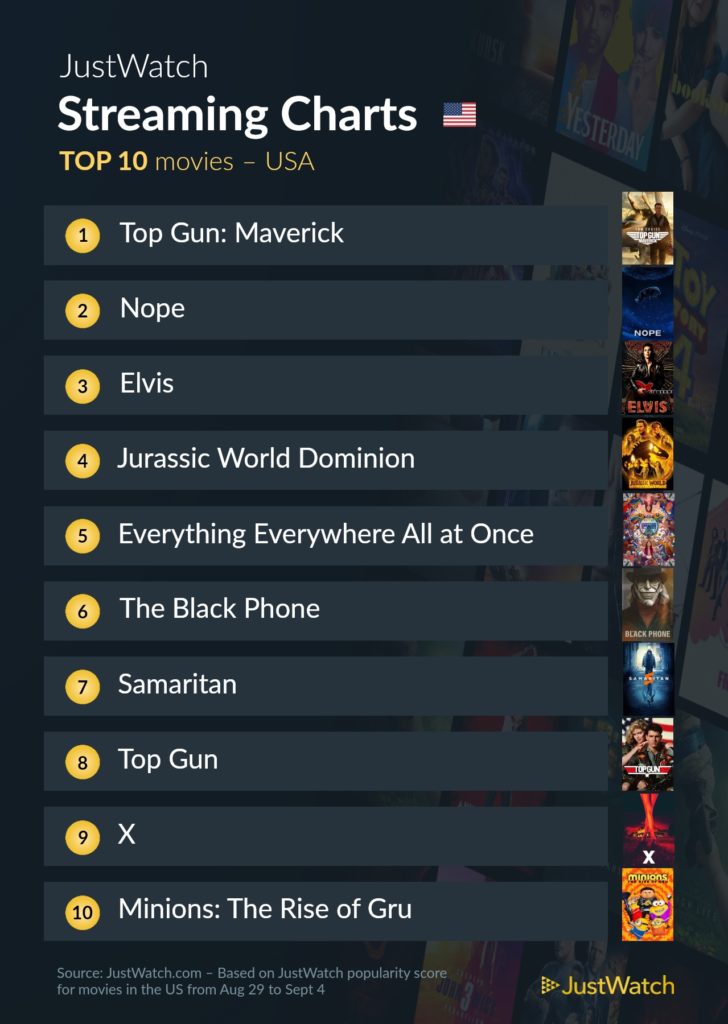 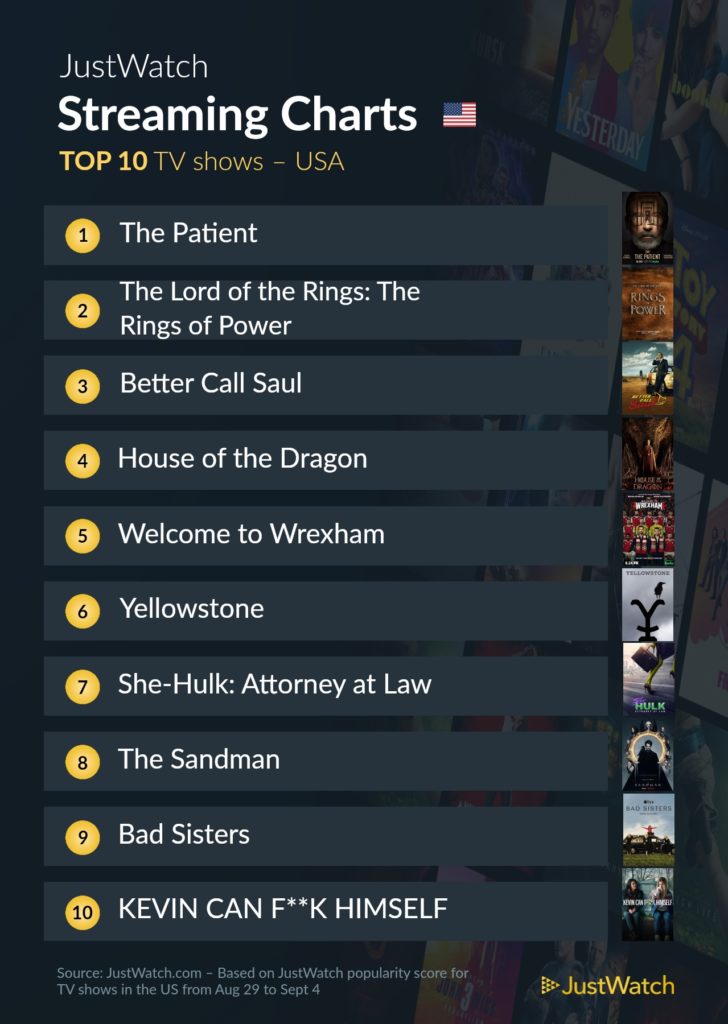