HBO Max, the upstart subscription streaming platform from Warner Bros. Discovery, passed Disney+ and Hulu in the U.S. market through the first quarter (ended March 31) according to new data from JustWatch, which tracks more than 20 million users’ monthly streaming decisions across 54 countries.

The research firm said Max added 2% share to end the quarter with 14% market share, overtaking Disney+ and Hulu to become the third-largest streaming platform in the United States. Netflix remains the market leader, but has continued to feel the effects of the increasingly competitive market and fell 2% in market size. Amazon Prime Video remains No. 2 in the domestic market with 19% market share. 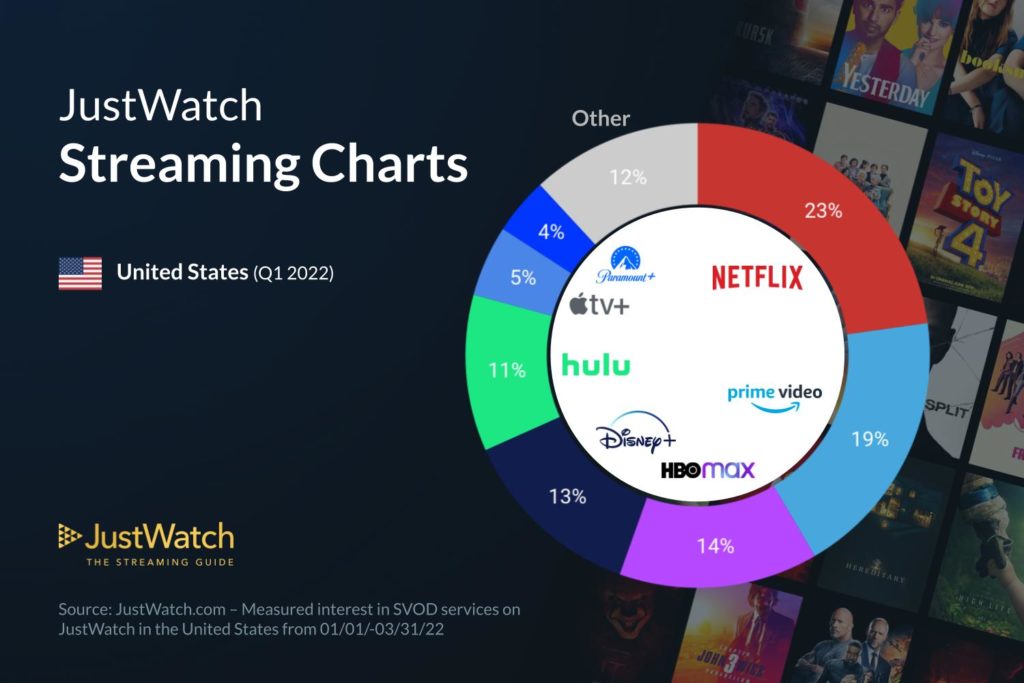 Since January, Max has continued to gain momentum and added 1% market share, passing Disney+. The growth of midfield players such as Apple TV+ and Paramount+ affected market leader Netflix and Hulu, which each lost 1% market share since the beginning of 2022, according to JustWatch. 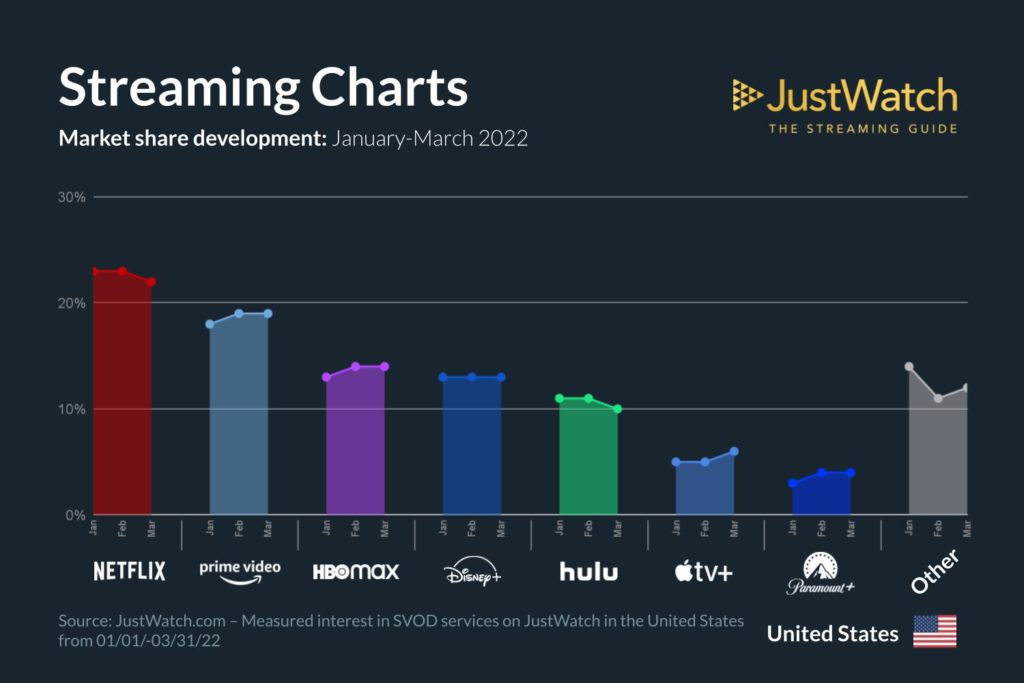