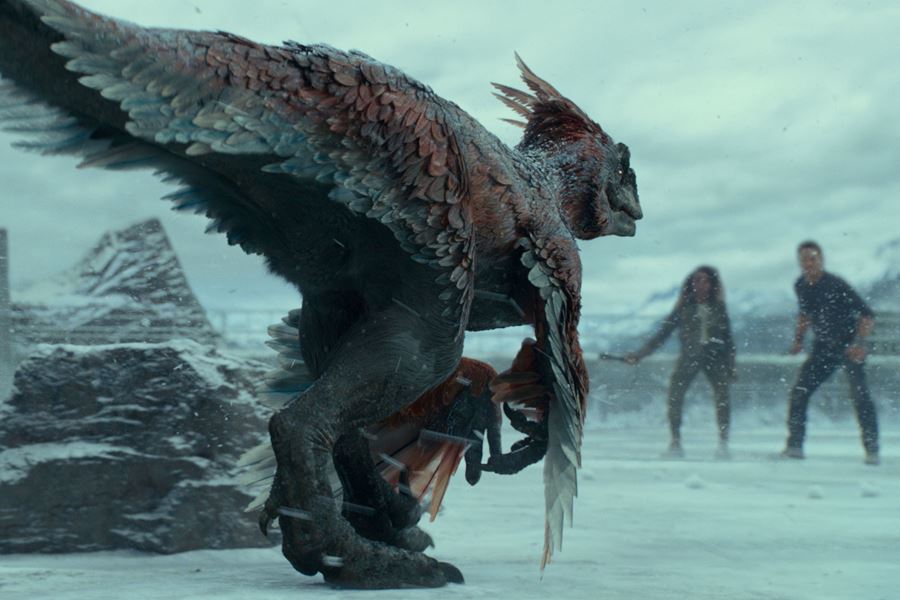 Universal Pictures Home Entertainment’s Jurassic World: Dominion debuted at No. 1 on the Redbox On Demand chart the week ended July 17. The sixth entry in the cloned dinosaurs running wild “Jurassic” franchise was released for digital sellthrough and VOD July 15.

Universal Pictures’s Memory for the second consecutive week topped the Redbox disc rental chart, which tracks DVD and Blu-ray Disc rentals at Redbox’s thousands of red kiosks. It dropped two spots to No. 4 on the Redbox On Demand chart, which tracks digital VOD and sellthrough transactions. Memory stars Liam Neeson as an expert assassin caught in a moral quagmire.

The previous week’s top digital title, Vertical Entertainment’s action-thriller Last Seen Alive, dropped to No. 2 on that chart, and remained No. 2 on the Redbox disc rental chart. The film stars Gerard Butler as a man searching for his estranged wife after she mysteriously disappears during a stop at a gas station. It is available on disc exclusively from Redbox until its wide release Aug. 9.

Universal Pictures Home Entertainment’s The Bad Guys held the No. 3 spot on the Redbox disc rental chart. The film from DreamWorks Animation is based on the Scholastic children’s graphic novels of the same name, and follows five villainous friends who set out to fool the world into believing they’ve gone good.

Sony Pictures Home Entertainment’s comic book adaptation Morbius remained No. 4 on the Redbox disc rental chart and dropped three spots to No. 6 on the Redbox On Demand chart.

Rounding out the top five disc rentals for a second week was Warner’s Fantastic Beasts: The Secrets of Dumbledore, the third installment of the “Harry Potter” prequel series, and the 11th “Wizarding World” entry. It was No. 7 on the digital chart.

The top six disc rentals remained unchanged from the previous week, with Sony Pictures’ Father Stu holding firm at No. 6. It was No. 10 on the digital chart. The drama stars Mark Wahlberg as a former boxer who decides to become a priest following a life-altering accident.

No. 3 on the Redbox On Demand chart was Universal’s The Black Phone, a thriller about a kidnapped teenager who finds a mysterious telephone that allows him to talk to previous victims of his captor, played by Ethan Hawke.

No. 5 on the Redbox On Demand chart was Paramount’s The Lost City. The romantic adventure comedy stars Sandra Bullock, Channing Tatum and Daniel Radcliffe.