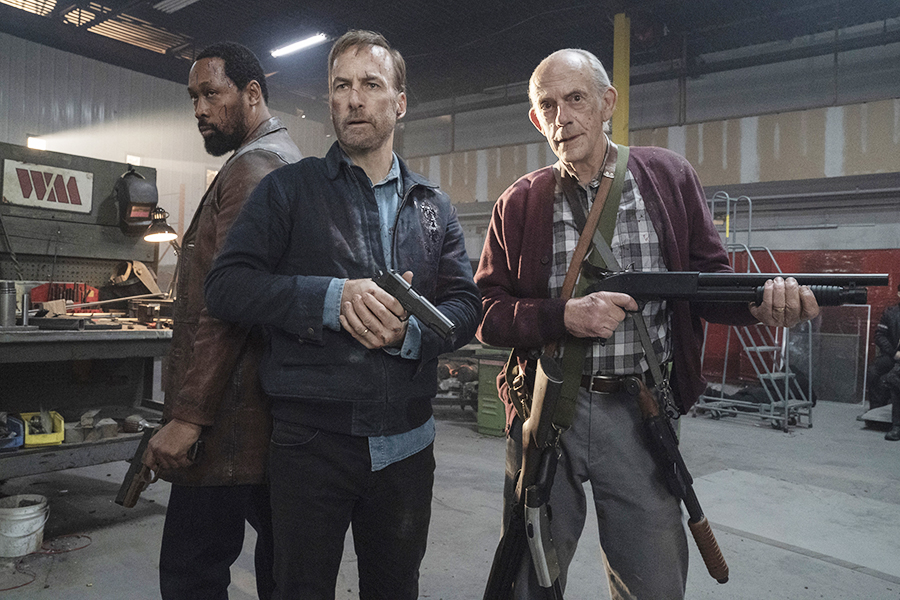 Actioner Nobody from Universal Pictures, horror film The Unholy from Sony Pictures, and a new animated Batman movie from Warner Bros. lead the slate of new releases on DVD and Blu-ray June 22. 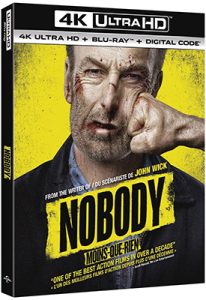 The suspense actioner Nobody, starring Bob Odenkirk, is available on 4K Ultra HD, Blu-ray and DVD June 22 from Universal Pictures Home Entertainment. It was previously released for digital sellthrough. From the writer of John Wick, it’s the story of an ordinary family man (Odenkirk, “Breaking Bad,” “Better Call Saul”) who will stop at nothing to defend what is his. Hutch is a suburban husband who takes life’s indignities on the chin and never rocks the boat. But when his daughter loses her beloved kitty-cat bracelet in a robbery, he hits a boiling point no one knew he had, and he flips from regular dad to fearless fighter on a wild ride of explosive revenge. Read a review here. 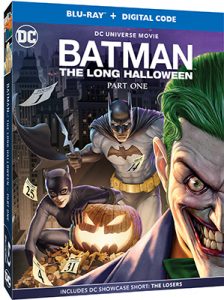 Warner Bros. Home Entertainment June 22 releases Batman: The Long Halloween, Part One on Blu-ray Disc and via digital purchase. The newest entry in the DC Universe animated movie franchise is based on the 1996-97 comic book storyline that takes place early in Batman’s vigilante career, as the young crimefighter forms a pact with the city’s only two uncorrupt lawmen, police Capt. James Gordon and DA Harvey Dent, to take down organized crime in Gotham City, only to be tested by a serial killer who murders his victims on holidays throughout the year. Part Two arrives for digital purchase July 27 and on Blu-ray Disc Aug. 10. A 4K of both parts combined into a single film will be released next year. 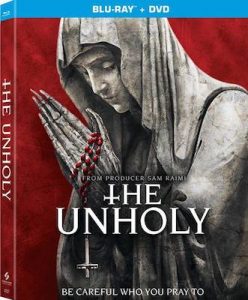 The horror film The Unholy arrives on Blu-ray, DVD and on demand June 22 from Sony Pictures Home Entertainment. It is already available for digital purchase. Based on James Herbert’s best-selling book Shrine, the film follows a young hearing-impaired girl who is visited by the Virgin Mary and can suddenly hear, speak and heal the sick. As people from near and far flock to witness her miracles, a disgraced journalist (Jeffrey Dean Morgan) hoping to revive his career visits a small New England town to investigate. As terrifying events begin to happen all around him, he starts questioning if these miracles are the works of the Virgin Mary or something much more sinister. The film is produced by Sam Raimi (Evil Dead).

Paramount Home Entertainment releases the crime thriller Georgetown on DVD. The film marks the directorial debut of Christoph Waltz, who also stars alongside Vanessa Redgrave and Annette Bening. In the true crime story, Waltz stars as Ulrich Mott, an eccentric and smooth-talking social climber who seems to have everyone in Washington, D.C. wrapped around his finger. But when his wealthy, well-connected and much older wife (Redgrave) turns up dead in their home, her daughter Amanda (Bening) suspects Ulrich may not be all that he seems as the police investigation begins to uncover a larger deception that goes far deeper than anyone ever imagined.

Also new from Paramount is the action thriller Night of the Sicario from Saban Films. It is already available digitally. In the film, while transporting the family of a key witness in a federal trial against the cartel, DEA agents are ambushed in a fatal shootout. Now the survivors, including the young daughter of the witness, must take refuge in a nearby home as the ruthless sicarios hunt them down. With danger at every corner and a violent hurricane wiping out any chance of outside help, they must play a deadly game of cat and mouse with the cartel to live through the night. Natasha Henstridge (Species) and Costas Mandylor (“Saw” franchise) star.

The martial arts action comedy The Paper Tigers comes out on Blu-ray and DVD from Well Go USA Entertainment. The film is currently available in theaters and for digital purchase. An homage to feel-good martial arts films such as The Karate Kid, the film follows three dedicated kung fu disciples who grow up into washed-up, middle-aged men. When their master is murdered, they must juggle their dead-end jobs, dad duties and old grudges to avenge his death.

The Willem Dafoe thriller Siberia will come out on Blu-ray Disc, DVD and digital June 22 from Lionsgate. In the film written and directed by Abel Ferrara (Bad Lieutenant), the keeper of a snowbound bar is pursued by sinister phantasms. Dafoe plays Clint, who tends bar at a snowbound roadhouse whose patrons speak a language he doesn’t understand, and things may not be what they seem. Desperate for answers, he drives a sled team to a nearby cave, but finds no peace. Are the spirits that confront him mere figments of his imagination — or will they slowly tear his body and soul to pieces?

The drama  Life in a Year, starring Jaden Smith and Cara Delevingne, will come out on digital and on demand June 22 from Sony Pictures Home Entertainment. The story follows Daryn (Smith), a high school track star, scholar and aspiring rapper, who learns that his girlfriend Isabelle (Delevingne) is sick. He then plans to gift her a life’s worth of experiences in the last year she has left.

Also this week, Disney Media & Entertainment Distribution will make Cruella available through digital retailers June 25, with a release on Blu-ray Disc, DVD and 4K Ultra HD to follow on Sept. 21. The film, a prequel to 101 Dalmatians, follows the early years of the villainous Cruella de Vil (Emma Stone), when she was a young grifter named Estella during the punk rock revolution in 1970s London. One day, Estella’s flair for fashion catches the eye of the Baroness von Hellman (Emma Thompson), setting off a chain of events that leads Estella to embrace her wicked side and become the raucous, fashionable and revenge-bent Cruella.