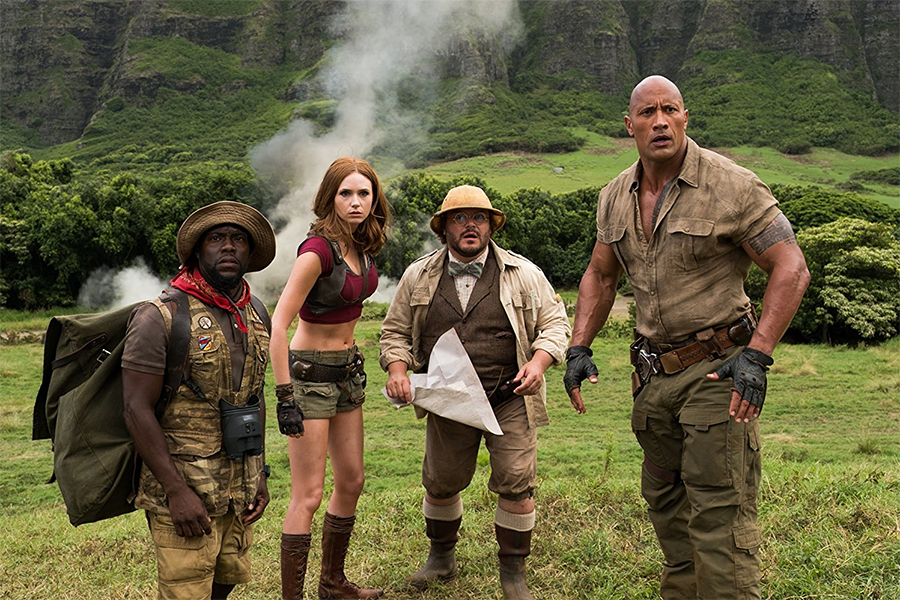 A follow-up to the 1995 film Jumanji based on the book by Chris Van Allsburg about a board game come to life, Welcome to the Jungle stars Dwayne Johnson, Jack Black, Kevin Hart and Karen Gillan as the avatars of four teenagers who are sucked into a video game version of the Jumanji board game and must work together to beat the game and return home. The film also stars Nick Jonas and Bobby Cannavale.

The film has earned more than $355 million at the domestic box office and more than $860 million worldwide.

The DVD and Blu-ray packaging for Jumanji: Welcome to the Jungle will feature an augmented reality experience that fans can unlock in stores by scanning the Snapcode with their Snapchat app to bring the jungle to life in front of them. An additional Snapcode to bring the characters to life will be available on an insert inside the package exclusively for those who buy the disc. These AR features can be recorded and shared via social media.

Bonus materials with the DVD, Blu-ray and digital versions include a gag reel; “Jumanji, Jumanji” Music Video by Jack Black and Nick Jonas; and the featurettes “Journey Through The Jungle: The Making of Jumanji,” “Meet the Players: A Heroic Cast” and “Attack of the Rhinos!”

The Blu-ray and digital versions will include two additional featurettes: “Surviving the Jungle: Spectacular Stunts!” and “Book to Board Game to Big Screen & Beyond! Celebrating The Legacy of Jumanji.” 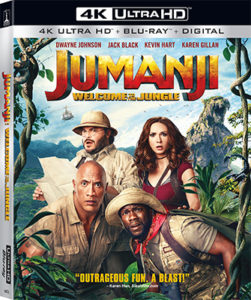